No more footy for the Fury. 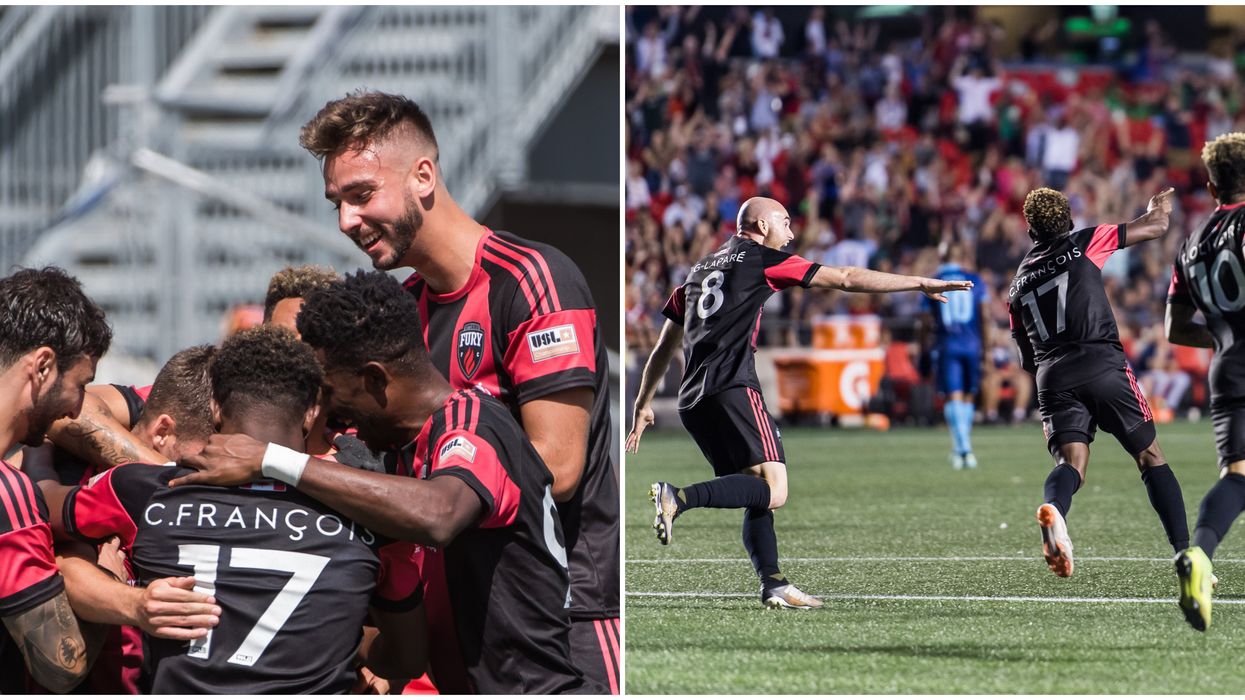 It's not a good day for soccer fans in the nation's capital. Ottawa Fury FC is over and the team won't be playing anymore. The news has left fans frustrated, sad and wanting more.

Ottawa Fury FC, the city's professional soccer team, is no more. The team folded on November 8 and announced they will not be playing in the upcoming 2020 season.

The Fury's participation in its league was dependent on the approval from three governing soccer associations. And the team ran out of time to get those approvals.

"Despite best efforts, the club was unable to obtain required sanctioning from its governing bodies to participate in the USL in 2020," the club said in a tweet.

Fans were pretty disappointed by the news. And many tweeted at the Fury Twitter account, trying to get the team to join the Canadian Premier League.

That league is only for Canadian teams unlike the NASL and USL which Ottawa Fury competed in that are for Canadian and American teams.

@OttawaFuryFC Can you just join @CPLsoccer? I think a lot of people would either prefer that or settle for it rather than nothing.
— Tosh (@Tosh)1573227650.0

@OttawaFuryFC Take the year. Regroup. Rally like Edmonton and come back ready for @CPLsoccer next season!
— Muneeb Chaudhri (@Muneeb Chaudhri)1573228900.0

@OttawaFuryFC That's too bad for the fans. Can someone just step up for the fans in Ottawa/Gatineau and make a team and join the canpl?
— Kevin (@Kevin)1573234381.0

Currently, there are seven teams in that league, two from Ontario, two from Alberta, one from B.C., one from Manitoba and one from Nova Scotia.

But fans will have to wait at least a year for the team to join the Canadian Premier League, and even then, it's not guaranteed.

While some are trying to show support for the team and encourage the league switch, some fans are disappointed with the way the club is handling the situation.

One person said, "you knew for a year you weren’t going to be sanctioned for the USL again. It’s insane that you’re trying to frame this as some kind of surprise."

And some fans are just sad that the team and its 2020 season have been cancelled.

One person tweeted, "it’s a damn shame what’s happened to Ottawa Fury FC. I hate to see fans lose their team, and Fury had some of the most dedicated fans in the city."

So while the team won't be competing in 2020, there has been no definitive statement on whether or not the team will ever get back together and play in either a new league or the same league.