Commuting anxiety is no joke. 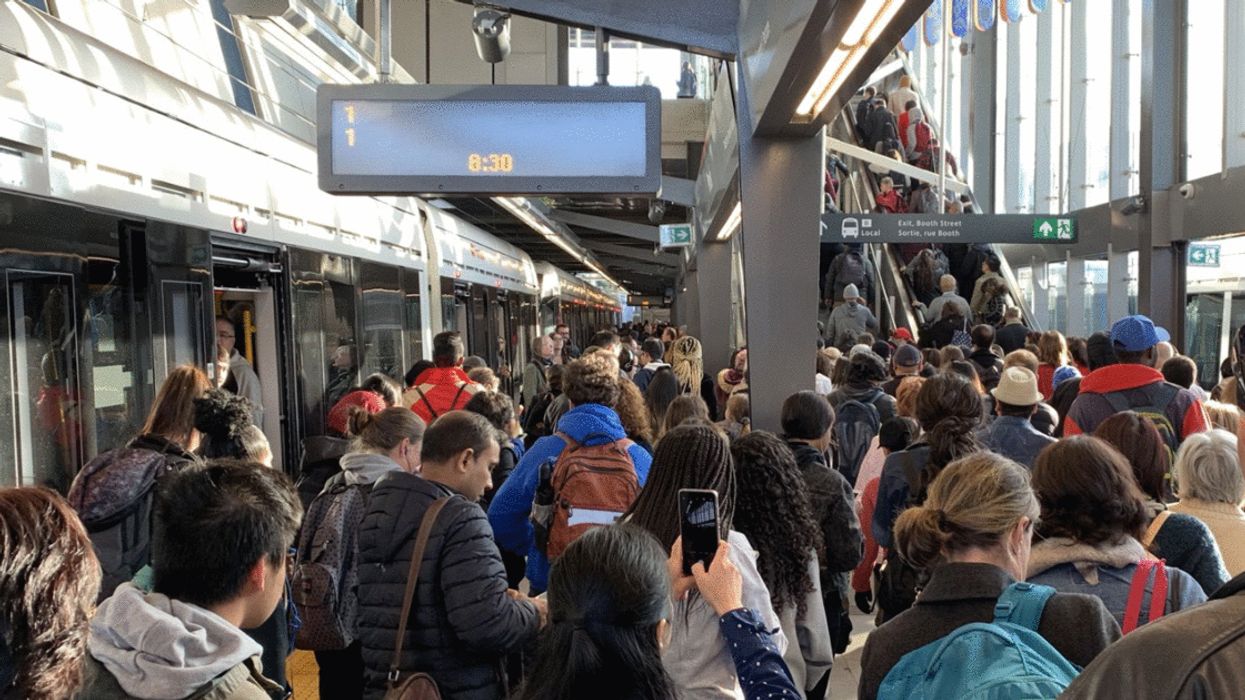 Transit problems in Canada's capital city have basically made national headlines this week. The new Ottawa LRT system has struggled to find its footing since it launched. Overcrowding, long delays, and widespread shutdowns have resulted from the persistent malfunctions on the new trains. The overcrowding has become so problematic that commuters are now getting emotional support for it.

A support group for Ottawa transit riders was created this Thursday in reaction to the LRT system. The Reddit-based group was started by a commuter who says they feel overwhelmed by it all. “I was led to believe by many friends, co-workers, and people on social media that when the train opens, it will alleviate a lot of issues, but now I am getting the same feelings and dreading coming onto the platform,” a statement on the group reads.

“If anyone wants to open up about anything they may be experiencing in order to start the healing process, please feel free to do so,” the statement continues.

Although the group is relatively new, some riders have already begun sharing their own experiences with riding the LRT system. “I'm finding even when things are working as designed, there are so many minor annoyances that they add up. Tunney’s is overcrowded with unnecessary choke points at rush hour at the best of times.”

It has indeed been a stressful few days for LRT commuters. On Tuesday, door issues with the trains caused hundreds of riders to jump ship and walk to work.

CBC reports that an Ottawa distress hotline has made itself available to anxious commuters who are finding it hard to cope with overcrowding and delays. Riders are being encouraged to get in touch with the Distress Centre of Ottawa and Region.

The centre is partnered with OC Transpo and allows LRT riders to call a 24-hour hotline for free, in French or English, directly from the payphones located on station platforms.

Leslie Scott of the Distress Centre provided Narcity with the details. "Our partnership with the LRT and OC Transpo started when the LRT launched. Individuals in distress or crisis are encouraged to locate the payphones that are on each platform that have a free/confidential call button that will ring live to our volunteers at the Distress Centre. Our volunteers are highly trained, caring and compassionate people who are there to listen and support you in your time of need."

OC Transpo GM John Manconi apologized for the delays on Tuesday and reminded passengers not to hold open train doors. "It is unsafe and can cause delays to service. As the train approaches a stop, customers wishing to exit the train should move towards the door," he said to CTV News.

"If it is not their stop, they should make space to allow other passengers to exit the train easily. Customers are also reminded to leave plenty of room on the platform for other customers exiting a train and to move away from all doors once they have boarded the train."

Manconi added that OC Transpo has launched an investigation into whether door timing needs to change while reminding users to allow for an adjustment period.