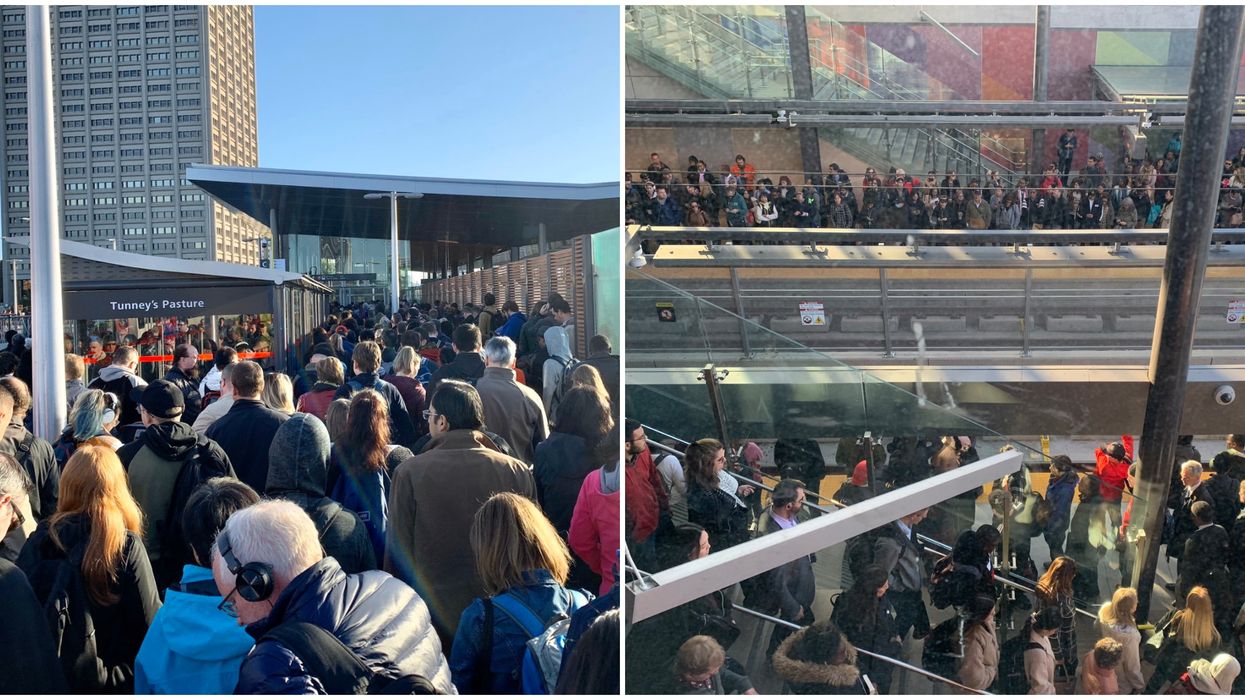 It's officially day two of morning rush hour chaos for Ottawa transit riders. Ottawans are experiencing the city’s biggest-ever OC Transpo service change first-hand this week, and according to travellers, it has been anything but a graceful transition. The switchover ended parallel bus service, shifting downtown commuters to trains on the Confederation Line.

According to CBC, transit riders reported that the change has resulted in overcrowding on trains — a problem that wasn’t nearly as prevalent when riders had the option of taking the bus. However, the shift in commuter traffic was expected. It’s the malfunctions that are causing the real chaos.

The Ottawa Citizen reported that door issues began plaguing the new LRT system on Tuesday morning, leaving commuters waiting on crowded platforms. Wait times as long as half an hour were reported, even though the service only announced 10-minute delays.

“This isn’t going as planned. On a 63 now and hearing the drivers radio Code 50. Buses are to continue on to MacKenzie Bridge instead of stopping at Tunneys for the next hour," Sudds wrote.

OC Transpo reported earlier in the morning that a “door fault” at uOttawa Station was responsible for delays. The service later provided an update that 10-minute delays were expected in both directions.

Annoyed commuters flooded Twitter to express their frustrations over the new transit system. “Day 2 and the LRT is already broken! Wouldn’t expect anything less from Ottawa’s public transit,” wrote one frustrated commuter. “This new transit system is an absolute nightmare. Good job Ottawa” wrote another.

Not only is the train down the buses are so clogged at Tunney’s that nothing is moving. Essentially transit in Otta… https://t.co/JERKDK5USJ
— Curtis O'Nyon (@Curtis O'Nyon)1570539373.0

Thankfully, at around 9:15 a.m. on Tuesday, platforms were cleared and service resumed. Narcity has reached out to OC Transpo for comment and we will update the story once we hear back.