Cute dogs and delicious sausage? That's not the wurst! 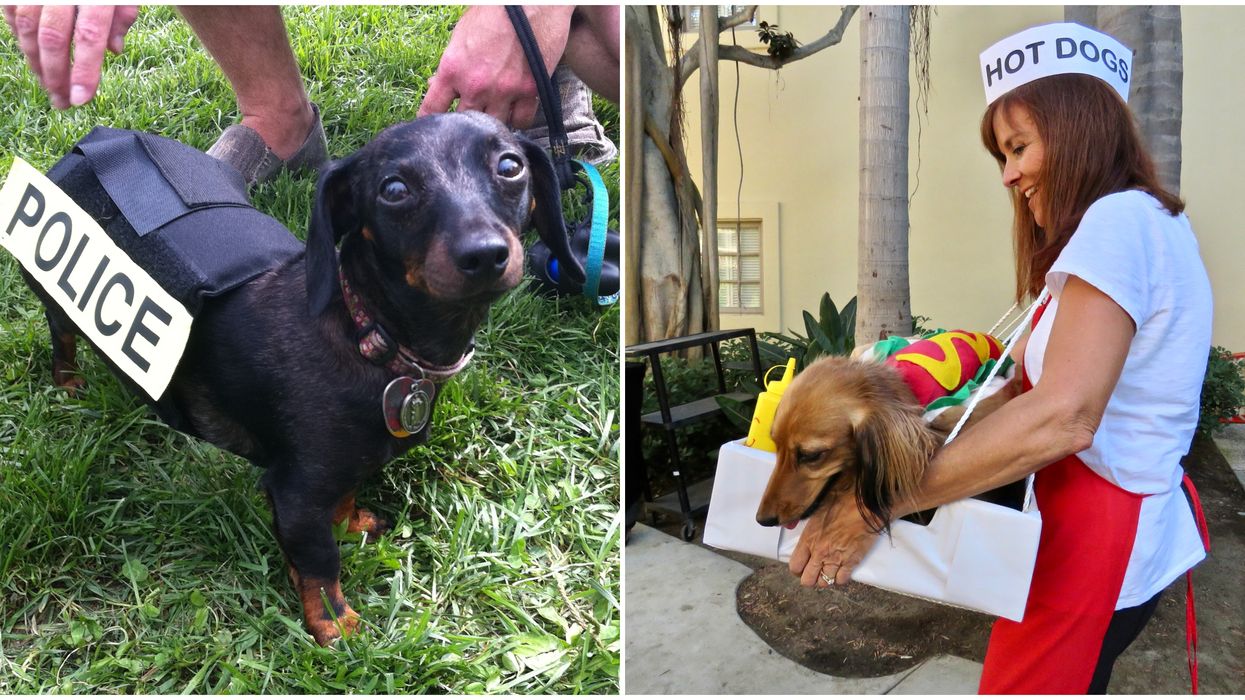 Ottawa's annual Sausage Fest is set to return for the fourth time this September, and they're bringing so much more than just tasty sausage treats to the table! As always, an adorable parade of short-legged wiener dogs will kick off the event. If you love food festivals (and who doesn't!?) but are sick of the same-old entertainment, then the Ottawa Wiener Dog Parade is sure to have you squealing with excitement!

Each dog will be dressed in their best costume, and we can't even handle the cuteness!

The adorable pups have always been an important part of the festival, event organizer Deek Labelle tells Narcity.

"From the moment we decided to organize a fall festival for the market, we knew that we wanted to be cheeky with it to draw attention. So, we wracked our brains to come up with all the synonyms for sausage," Labelle explains.

"Obviously, wiener came up, and we remembered that the pet store, Cricket and Company on Murray Street, had two house wiener dogs, Cricket and William.

"So, we brought the owners of Cricket and Company on board right away to help draw some ideas about how we could incorporate the dogs."

Anyone with a wiener dog can register to participate in the parade, and those who do so before September 22 will receive a doggy loot bag when they arrive.

The wiener dog parade will begin at 12 p.m. on 21 Murray Street. For spectators, the best views come from Sussex Drive, Labelle says.

"We suggest that spectators stand on the U.S. Embassy side of Sussex Drive to watch the dogs walk by. It's safe, shady, and out of the way.

"This year, the route will end at William Street Pedestrian Plaza so the public is also welcome to congregate there, where we will announce the winners of the costume contest."

The actual Sausage Festival will be happening in Pedestrian Plaza on Sunday, September 29 from 12 p.m. until 4 p.m. Here you can enjoy a variety of locally-sourced sausage treats. Past years have seen items like sausage poutine, breakfast sandwiches, vegan sausage stew, sausage pizza, and more!

"Most of the restaurants work with local suppliers for their sausages and the chefs create unique dishes that suit the style and the cuisine of each restaurant. So you never know what to expect," Labelle says.

Guests are not permitted to bring chairs to the event, but water bottles and bowls for your pup are encouraged, as there is a water filling station inside the plaza. Admission is totally free, but you'll want to bring some extra cash for those scrumptious sausage dishes!

Why You Need To Go: You can stuff your face full of amazing sausage-based goodies all while soaking in the most adorable parade you'll probably ever see!