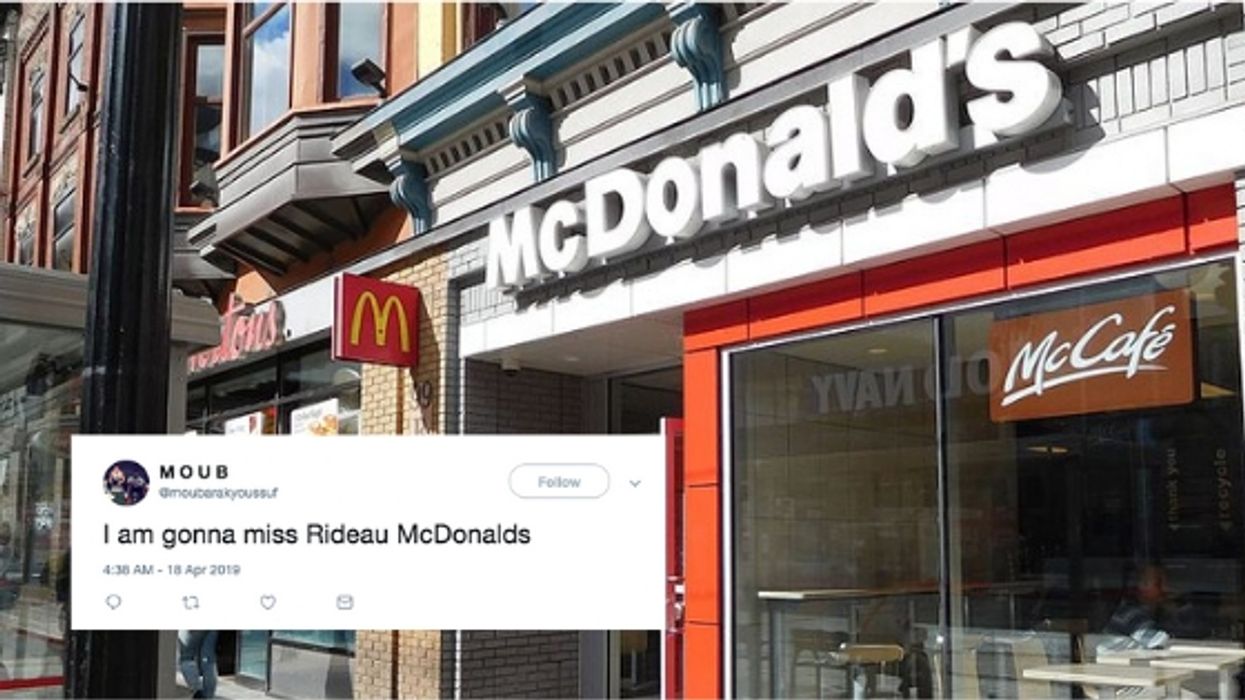 If you have ever lived in Ottawa chances are, you've been to the Rideau McDonald's. The restaurant is located in the Byward Market area, which also happens to be the home of Ottawa's nightlife. Unfortunately, it's also home to a lot of criminal activity. So much so, that the iconic McDonald's is actually changing its hours to close at 10 PM. Now, Ottawans say it's the end of an era for the Rideau McDonalds.

For those who are unfamiliar with the latest developments, the McDonald's at 99 Rideau St. in Ottawa used to be open 24 hours per day, but as of Wednesday, April 17, will now be open only from 6 AM to 10 PM. The move came after a CTV report revealed that Ottawa Police were concerned about public safety at the restaurant.

CTV even reports that police were called to Rideau McDonald's over 800 times in 2018 alone. This number is shockingly high, but Ottawans who regularly frequent this location aren't surprised at all. That's because, after 30 years of that McDonald's being open, almost everyone has a wild story from there.

Now, in light of the new hours at Rideau McDonald's, people are sharing those memories and expressing their emotions for the restaurant, calling this major change the end of an era.

Ottawans have taken to Twitter to share their thoughts, feelings, and emotions in a sort of ode to the Rideau McDonald's.

while yall r mouring some old church i am mourning the loss of an even grander national icon - RIP 24 hr mcdonalds… https://t.co/kbw2imGO1E
— farticlemybarnacle (@farticlemybarnacle)1555593262.0

Rideau mcdonalds is now only open until 10pm??? How yall just gonna drop tradition like that without consulting the… https://t.co/WAxnQEDe6Y
— esti d’anglais (@esti d’anglais)1555534275.0

Given the emotions coming from Ottawans, you'd think that the Rideau McDonald's is closing for good, but rest assured it will still be open, just from 6 AM to 10 PM only. Unfortunately, that does mean it is officially the end of the era for anyone who has enjoyed some drunk food from there after partying in the Market all night long.