It's inspired by Middle Eastern, Lebanese, and Mediterranean influences. 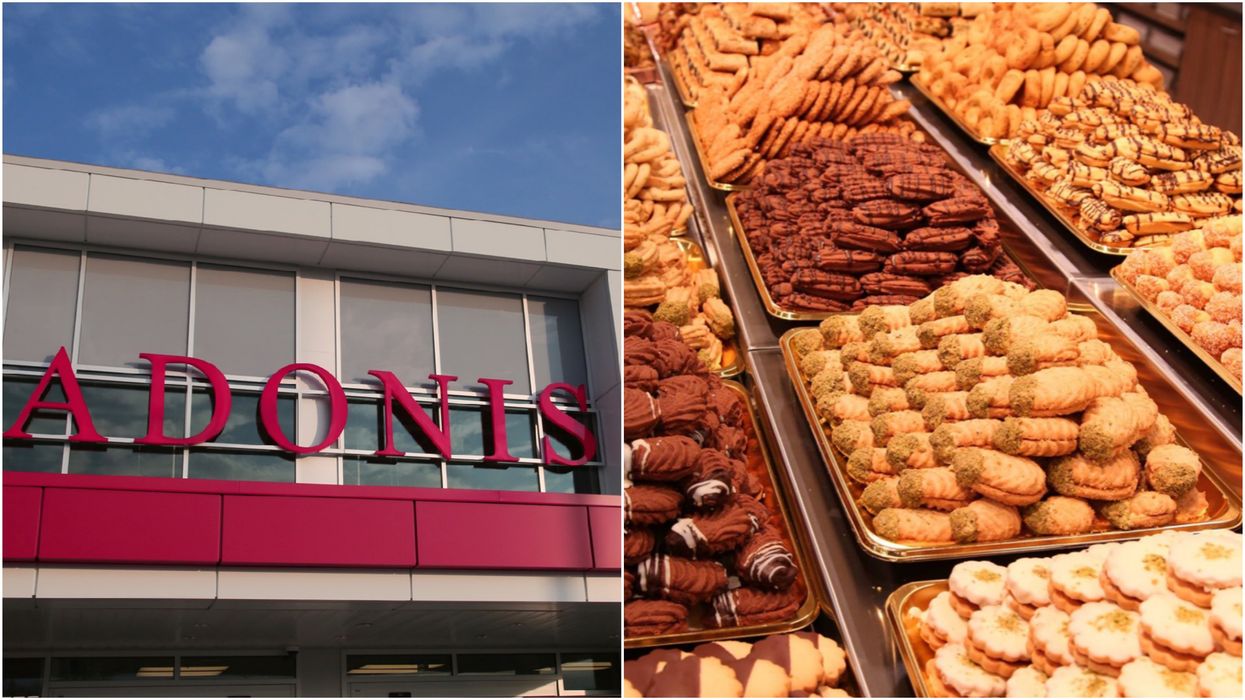 If you’re a lover of authentic Middle Eastern, Lebanese, or Mediterranean cuisine, you’re in luck! On Thursday morning, the brand new Ottawa Adonis food market opened its doors, and it’s already proving to be pretty popular.  According to locals on Reddit, the store has been super-busy all day, and shoppers are already loving the store’s random “free rice” deal!

According to the Adonis website, shopping in their locations is "an experience in itself," and is "a journey through the land of flavors.”

While the Adonis supermarkets are inspired by Middle Eastern, Lebanese, and Mediterranean influences, they also stock all of the day-to-day essentials that you might need from a regular supermarket.

There are already several Adonis locations in Quebec after the company was initially started in Montreal by two brothers from Lebanon in 1976.

Their first Ottawa store, which is located at 1055 St. Laurent Blvd. in Ottawa, opened on Thursday, November 21, and it’s already looking like a success among Ottawans, at least on social media.*

In a Reddit thread on Thursday, several locals shared their experiences of the busy market on opening day, with one user claiming, “I went at lunchtime...and I couldn't even find parking ANYWHERE!”

Confirming that the shop was full of customers on Thursday morning, one local responded, "I went this morning. It was really busy but I still managed to get around ... The prices seem to be cheaper than your average Loblaws / Metro."

A third Ottawan confirmed the hype, adding, "Can confirm. I live right behind it. Hella open."

While several locals in the Reddit thread agreed that the new location was already very busy, they had nothing but great reviews for the new market.

One Reddit user wrote, "[The tzatziki] is worth the drive. So f*cking good. Not much more to say. I am drooling on my desk."

Somebody else wrote, "They have a sandwich counter where they make shawarma's for like 6$ and their olive variety is also really good."

Another shared a similar message on Facebook, writing, "Was there today, wow great deals and beautiful, friendly and clean place. Will be back for sure!"

For a limited time, the store is offering its new Ottawa customers a 4lb bag of parboiled rice with any purchases over $50. While this does seem like a pretty random offer, it's getting all the love on their Facebook post!

According to the Marché Adonis Facebook page, they've also got special "surprises and gifts" available for their customers this week.

If you're in Ottawa this week, it might be worth heading over to the brand new Adonis market, even if it's just to check out that tzatziki!

More details and opening hours can be found here.