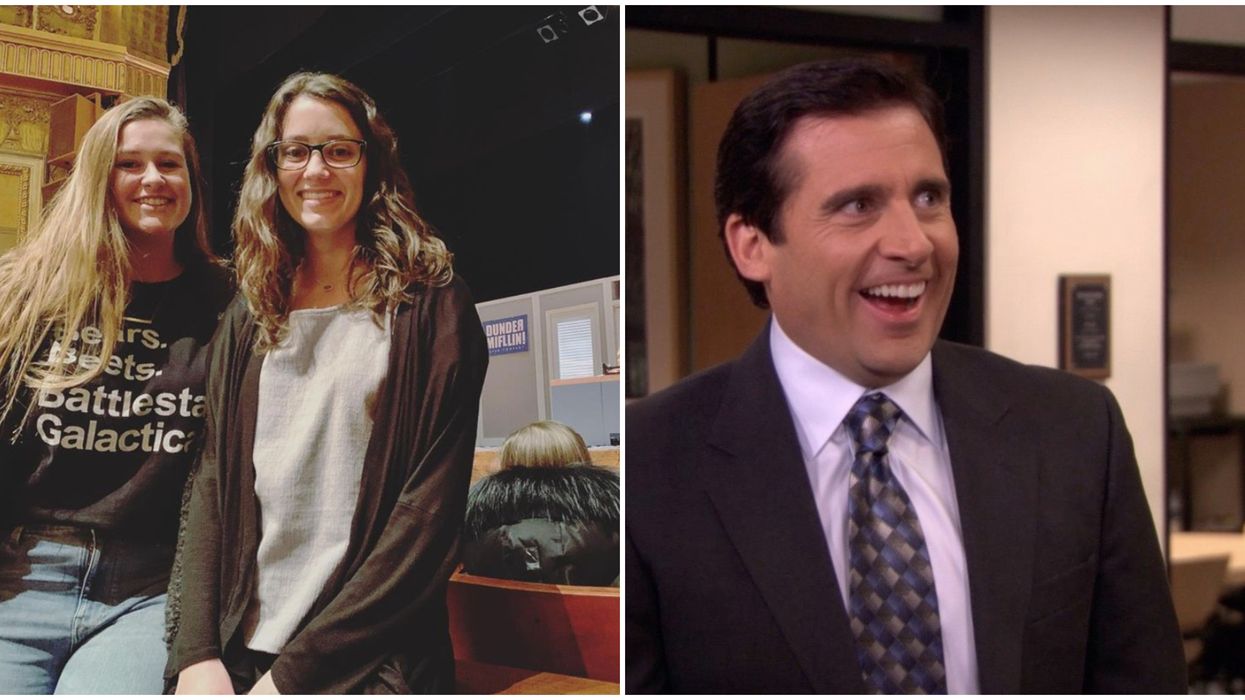 If you’ve watched The Office too many times to count then you are probably dying for some more episodes. Where's our reunion NBC? Well until then, get excited, because Ottawa is getting a musical parody of The Office this Spring! Mark your calendars for Dunder Mifflin’s new branch opening at Algonquin Commons Theatre on May 29.

This Fan-fiction musical that pokes fun at the hit TV show started in NYC off-Broadway in the fall of 2018. When the closing notice for the show was announced for January 2020, fans were so devasted that the producers decided to extend the showtime dates indefinitely.

In even better news, they decided to go on a North American tour. Now Canadian fans can also enjoy this Musical homage in their own hometown.

With music by Assaf Gleizner, songs like “That’s What She Said,” “The Dundies,” and “Marry Me Beesly,” will have you reliving some of the most iconic scenes from the sitcom.

However, if you want to catch this comedy, you'll have to act fast.

The Office musical will only be in Ottawa for 1 night! So tag the Jim to your Pam or the Dwight to your Michael and snag your seats before it’s too late.

As Andy Bernard would say, "Oh, it is on, like a prawn who yawns at dawn."

The Office! A Musical Parody, written by Bob and Tobly McSmith, started its North American tour on Feb 1, 2020.

After hitting up several American theatres, the show will start its Canadian leg of the tour in Hamilton, ON on May 28, 2020.

Ottawa will be the tour’s second stop north of the border. It will then go on to Barrie, Parry Sound, Sault Ste Marie, and Kitchener.

If you live outside of these areas and are a die-hard Office fan, then you may want to make a road trip out of it with some friends to catch this unique experience.

Don’t forget to bring some beets for the road.

The musical parody will also have a few stops in Alberta, Saskatchewan, and Manitoba during the first two weeks of June 2020.

There will be some great photo-ops so put on your Dundler Mifflin tee and gets your freaks on.

The Office! A Musical Parody

Why You Need To Go: If your friends are sick of hearing you quote The Office on a daily basis (how dare they), then this is the place for you to make some new friends who get it.