Ottawa Police are the latest to crack down on distracted driving. 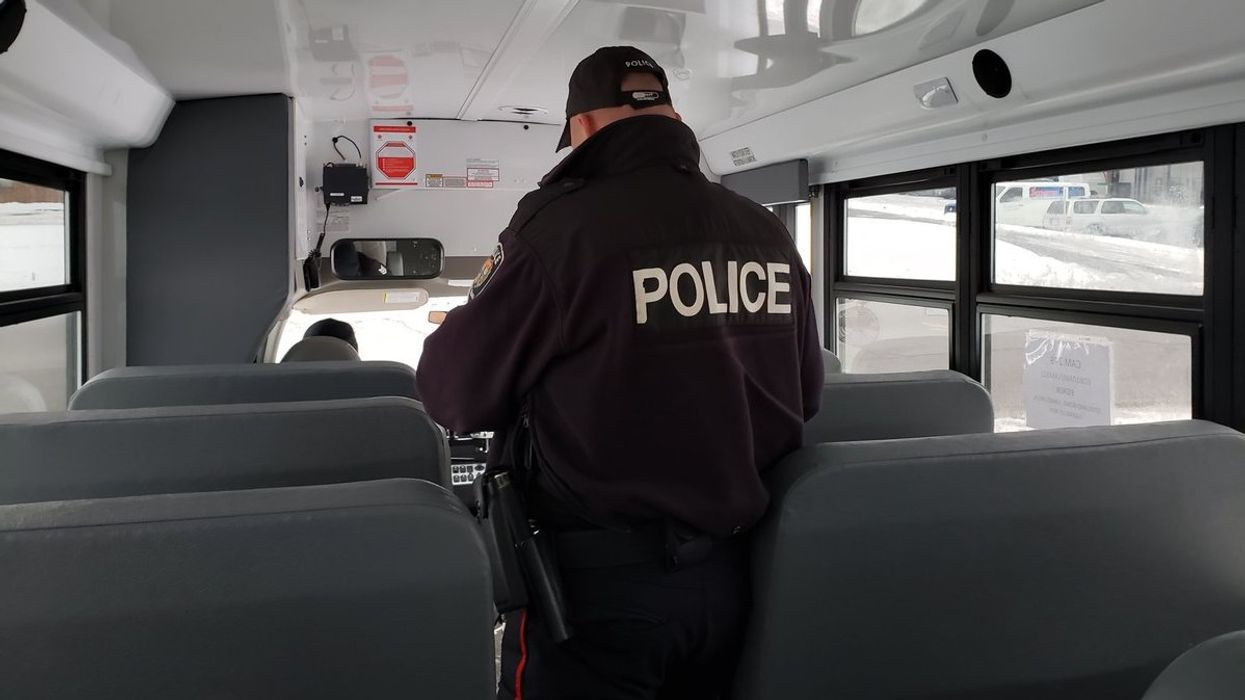 Be on the lookout for school buses on Ottawa's roads today, they may be carrying more than just students! This morning, Ottawa Police announced that they would be riding a school bus in order to crack down on distracted driving.

READ ALSO: These Unexpected Things Are All Considered "Distracted Driving" In Canada And Will Definitely Get You Fined

The yellow school bus looks like any other, meaning it will be impossible for drivers to know if there are police on board. That's exactly what police are going for to ambush people who are texting and driving.

The bus will be heading out with @OPSTraffic officers on board looking for distracted drivers today. $490 and 3 demerit points. #LeaveThePhoneAlone #ottnews pic.twitter.com/ztoGmWUtAT

School buses and public transit buses sit higher than regular cars, meaning they give police a unique vantage point to essentially spy on drivers. Police on the buses look into cars to see if anyone is texting and driving. When they spot someone, they alert a nearby cop car who will then go pull the driver over.

The bus method is a total ambush since drivers never see it coming. Ottawa isn't the first Canadian city to use it, though, and it's actually been really effective across Canada.

Early this year, police in Winnipeg hopped on public transit buses as a way to look out for distracted driving. In Guelph, Ontario police did the same thing this past spring as well. In York Region, however, police have been riding buses to ambush distracted drivers since 2016.

The York Regional Police partnered with Viva, the area's transit system, to have officers on board and they found it was actually really successful. In their test window, they had officers ride the buses for 81 hours and issued over 300 tickets in that time. In total, they found the number of distracted driving tickets they issued was up 69% that year after they started the bus project.

It may seem super sneaky for police to be spying on drivers like this, but overall it's for a good cause. Distracted driving is a really serious offence and can lead to terrible and deadly crashes. In Ontario, data from 2013 showed there is a distracted driving collision in the province every half hour.

Even if you don't end up crashing, there are still severe penalties. If you're caught, you'll be fined $490 to $1000 and get three demerit points. If you only have a G1 or G2, the penalty will be even worse since your license will be suspended for 30 days on your first conviction.