The Prime Minister has been at home for over a week. 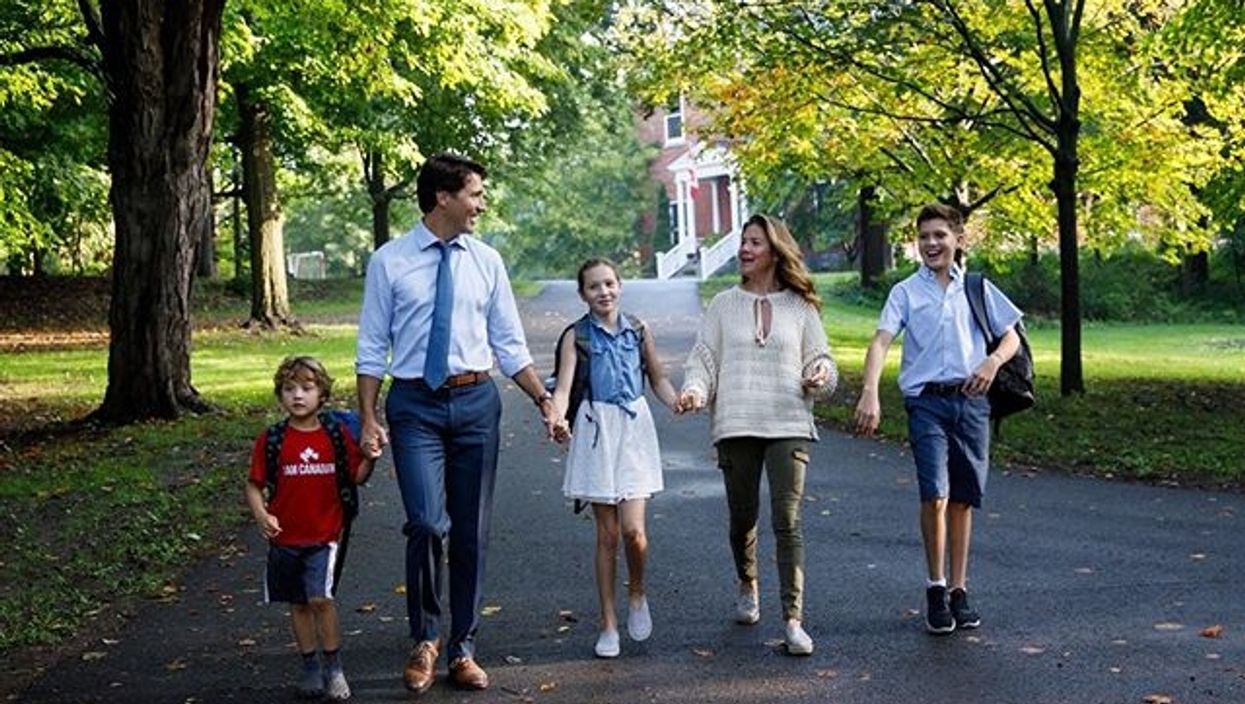 Self-isolation looks different for everyone. For the Prime Minister of Canada, it has meant staying at Rideau Cottage. Justin Trudeau and his family were confined to their house after his wife Sophie tested positive for COVID-19. Here's what staying at home means for them.

Trudeau was the first to move into Rideau Cottage while serving as Prime Minister. Typically Canada's leader lives at 24 Sussex in Ottawa, but our current PM decided to skip that option in 2015 due to the massive number of renovations and updates it needed.

Instead, the family chose Rideau Cottage, which is located just down the street at 1 Sussex Drive in Ottawa. It's on the Rideau Hall Complex, which makes Trudeau neighbours with Canada's Governor-General.

It was originally built from 1866 to 1867, making it as old as Canada but has been restored a number of times since then. Unlike the traditional PM house at 24 Sussex, this one underwent massive renovations several years ago.

It's recognized as a heritage building meaning it's listed in Parks Canada's directory of federal heritage designations. They describe it as a "generously scaled, Georgian Revival brick house."

"It is a two-storey, hipped roof building with a bay wing on its northeastern façade.," Parks Canada continues. "The building is distinguished by its symmetry, classically inspired doorway with pedimented porch, its sash windows and paired chimneys."

However, to the Trudeau family, the 22-room building is simply home.

The family has provided little sneak peeks of the inside of their home throughout the years, sharing snapshots of everyday life on their social media.

This includes some sort of den or family room where they cheered on the Raptors to win the NBA championship, a kitchen that seems to be wall-papered with personal photos, a living room grand enough to hold a massive Christmas tree, and most recently Justin Trudeau's home office.

It's also the spot they've been self-isolating for over one week now.

Ever since testing positive for COVID-19 on March 12, Sophie Gregoire Trudeau has been in quarantine at the house. While her husband and their three children are healthy and don't report any symptoms, they are remaining in self-isolation to be safe.

Canada has also become very familiar with the front porch of Rideau Cottage. Over the past week, the Prime Minister has been holding regular press conferences outside his home to keep Canadians updated as the coronavirus pandemic continues.