She will be looking for a new home in Canada very soon! 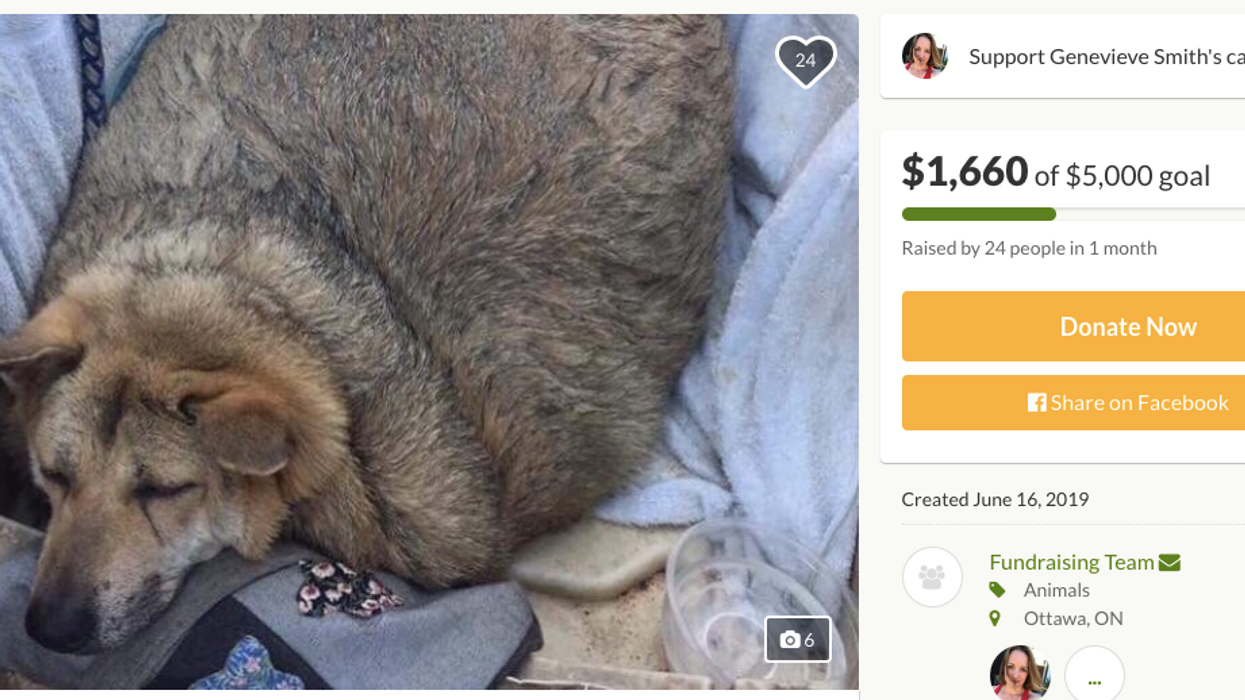 There are thousands of accounts on Instagram and Facebook that are wholly dedicated to providing daily #fitspo and weekly #TransformationTuesday to those looking for a bit of inspiration to help shed a couple of pounds. However, they are nowhere near as inspiring as one fat little dog from Thailand, who has been on an incredible weight-loss journey that has taken her half-way across the world. Now Thailand's iconic overweight dog is coming to Canada for life changing-surgery.

Mercedes, the mixed-breed street dog from Bangkok, got her name after being abandoned by her Mercedes-Benz-driving owner when she was just a puppy. Mercedes was left hungry and alone at a Bangkok food market, but thankfully was found by a well-meaning food vendor. The vendor adopted Mercedes, and cared for her until he eventually passed away.

The other vendors at the market began feeding Mercedes, but far too much, and far too often. The constant stream of fried food started to take a toll on Mercedes’ body, until eventually she was too overweight to walk, or even stand up. At this point, vendors started to take food to the dog instead. While a dog her size would typically weigh 18 kilograms, Mercedes, who is thought to be only five years old, weighed a shocking 54 kilograms!

The chunky dog soon began garnering attention online, with locals and tourists posting photos of her on social media channels, and calling her ‘the fattest dog in Bangkok.’ Despite many people having good intentions for Mercedes, her future was looking pretty bleak.

Thankfully Mercedes was rescued from the food market last year, by a woman in Thailand who runs a foster care for dogs in need. It was here that Mercedes began her weight-loss journey, losing a whopping 27 kilograms during her time there — almost half of her body weight!

However, like many humans who lose a considerable amount of weight, Mercedes was left struggling with excess skin that was left-over from her larger size. The skin made her prone to skin sores and bladder infections and still made it hard for the young dog to exercise properly and run freely.

After two weeks in Canada, Mercedes is settling in well and is being doted upon by her foster mother, Dacey Traill, who described her as a “beautiful and calm soul.” Traill had agreed to foster Mercedes after feeling they had a lot of things in common. Having had her own gastric bypass surgery in the past, and having lost 45 kilograms herself, Traill told CBC News that she knew how Mercedes felt.

She said, "I can relate to her and what it's like to be kind of heavy, not very mobile, not energetic, just not really loving life at all."

In order to qualify for surgery, Mercedes is required to lose an additional 5 kilograms, which means she is doing a lot more exercise than she has ever done before. According to Traill, even going for walks was a bit much for Mercedes at first. "I wasn't sure if it was that she wasn't sure what a walk was or just unsure of what grass was, but she was pretty hesitant," she said.

Now, Mercedes loves walking and being outdoors, and Traill also intends to buy her a life jacket so she can get her paws stuck into swimming. In the mean-time, Smith will continue to raise the $3,000 needed to get Mercedes’ surgery paid for.

Once Mercedes has had her surgery, she will be looking for a forever home, right here in Canada. With a much slimmer waistline, no more bothersome excess skin, and a new family to love and care for her, it looks like 2019 is going to be the best year yet for Mercedes!

To help cover Mercedes' ongoing care and contribute towards her vet bills, Smith has set up a GoFundMe page which can be found here.