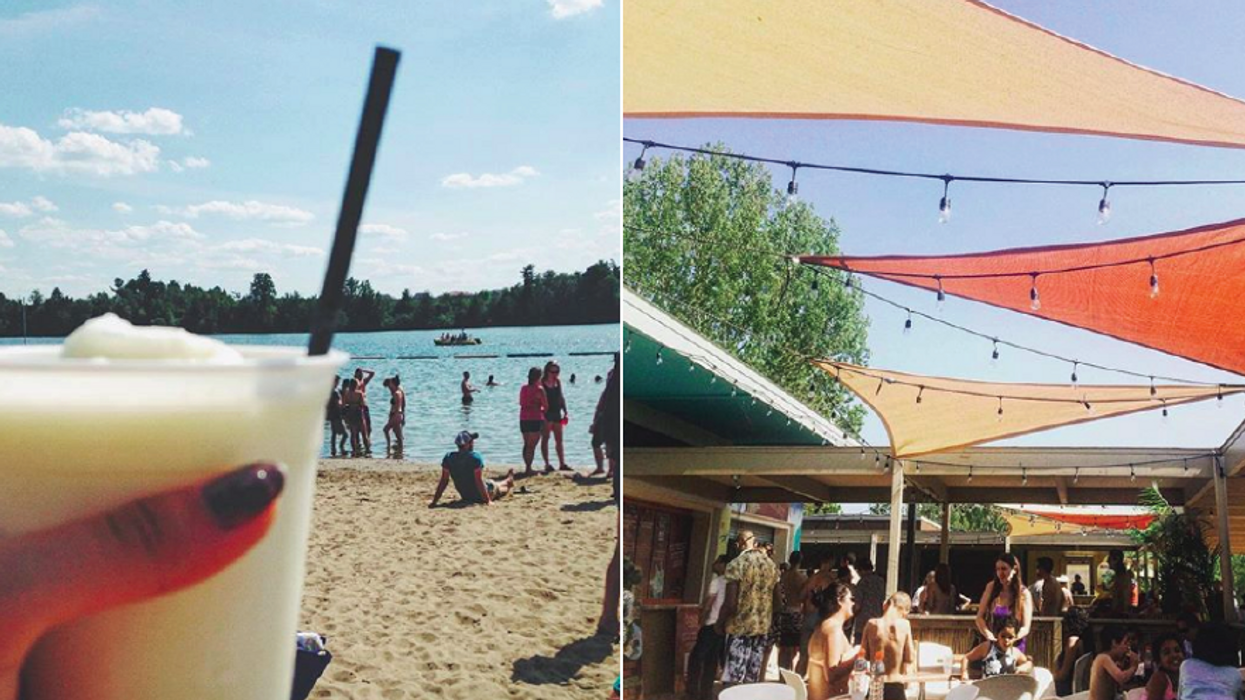 Not sure if it's just me, but sometimes when I hear about beaches in Ottawa, it goes right over my head. A beach? In Ottawa? I guess you could call it that. Okay, I'm just kidding but everyone that lives in Ottawa knows that we're far from gifted when it comes to beaches. You're kind of scared to step in the water, but you'll lay on the beach all day. It works for us.

If you're looking for a Miami Beach experience, you're not in luck in this city. While the closest thing we have to clear waters is about 30 minutes outside of Ottawa, it doesn't have a bar or a place that sells burgers. Can you see what I'm getting at?

Now, Mooney's Bay isn't the most glamorous beach ever. It's kind of small, always packed, but it's a great place to get your tan on! Besides the actual beach itself, it has a super cool bar that you can drink at which will make you feel like you're on a tropical island.

This spot is called Baja Burger Shack, where they sell a ton of drinks and of course, burgers. The burgers have been named some of the best in Ottawa, and who doesn't want to eat a burger on the beach?! You can order drinks like beer, strawberry daiquiris, pina coladas, and more. They also have options such as cheeseburgers, fries, chicken fingers, and basically all the food that you may not want to eat in a bikini, but it's so worth it.

This hidden beach bar is the place to be this summer. Maybe you're not a drinker and would rather have a cold treat on a summer day, and you're in luck. I'm not talking about a slushie from a blender either. The Beach Shack is an adorable ice cream shack that looks like it's straight out of a movie. They're open for business as long as they beaches are open, so you can walk over there for a sweet treat! The Beach Shack and Baja Burger Shack can both be found at Mooney's Bay Beach, which is located at 2960 Riverside Dr. For more information on the beach bar, visit their Facebook page here. If you're looking for a super cool spot to hang out this summer, this is it!