For a seriously impressive time. 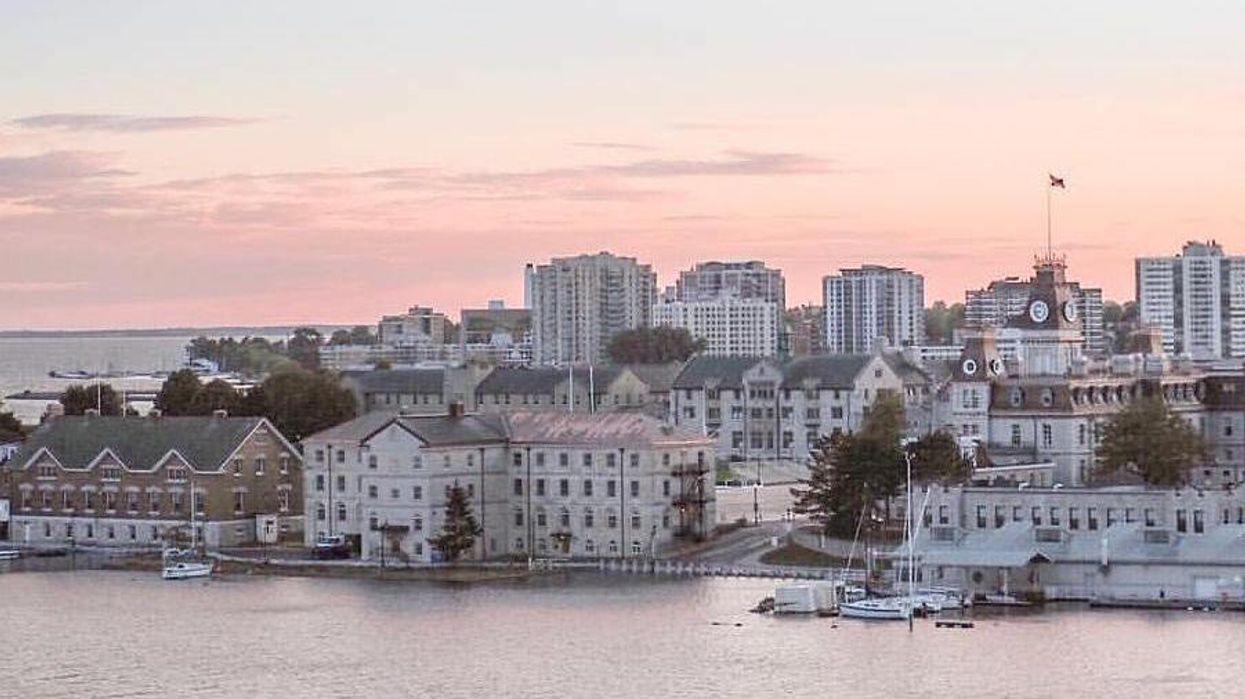 Dating in 2017 is difficult, let's not lie to ourselves.

First of all, you've got to actually find someone you like... and who likes you back. Then you've got to make sure you're on the same page about things. Then you've even got to pick an awesome place to treat them to, time and time again.

Which is awesome for sure - because no matter where you go, as long as you're with someone you enjoy, it's basically the perfect place.

But there's still hella pressure to make sure you pick a place that'll impress your date, and that'll still be incredibly fun. Enter the Kingston Grand Theatre.

The Kingston Grand Theatre is pretty much the deluxe version of a great place to take your date: it's super welcoming and fun, situated right in the heart of downtown Kingston, with an unmistakably vibrant atmosphere - but still an impressive, intimate, and classy spot.

Not to mention the fact that it's super different... imagine spending a night out at the theatre with bae, chilling and watching your fave artist perform live; or even discovering a brand new artist. Honestly, that kind of beats just going out to another pub.

Plus, you're timing literally could not be better. This year, the Kingston Grand Theatre is celebrating a decade of its Grand OnStage series. So there are a few awesome surprises waiting for you!

For example, as a tribute to 10 years of the Grand OnStage (and Canada's 150th!),  the series has been specially curated so that Canadian headliners will be making their way down to the Kingston Grand Theatre throughout the year. There'll be live music shows, theatre performances, ballets, and a whole lot more!

You can expect to see the likes of Daniel Lanois on November 14, Barenaked Ladies on October 14, Che Malambo performance on March 8, A Passage To Bollywood performed by the Navdhara Indian Dance Theatre on November 25, Whitehorse on November 23 - just to name a few of the super high-quality performances that will make for awesome shows!

And there are plenty of other fantastic artists for you and your significant other to choose from!

You also get first pick of the best seats in the house... which is sure to make for many, many glorious date nights ahead. (Oh, and don't sweat it. If something comes up,  you can exchange your tickets for another Grand OnStage performance)

As if this wasn't magical enough, the Kingston Grand Theatre also offers some pretty sweet deals to people under 30 years old. If you're under 30, you can get certain Grand OnStage tickets for 50% off... meaning you can impress your date with something super unique and fun, and not have to go broke doing it.

If that's not a huge win, I don't know what is.

For more information on the Kingston Grand Theatre's Grand OnStage series, and to customize your own subscription package, check out their website and Facebook.