Can't get much more Canadian than this! 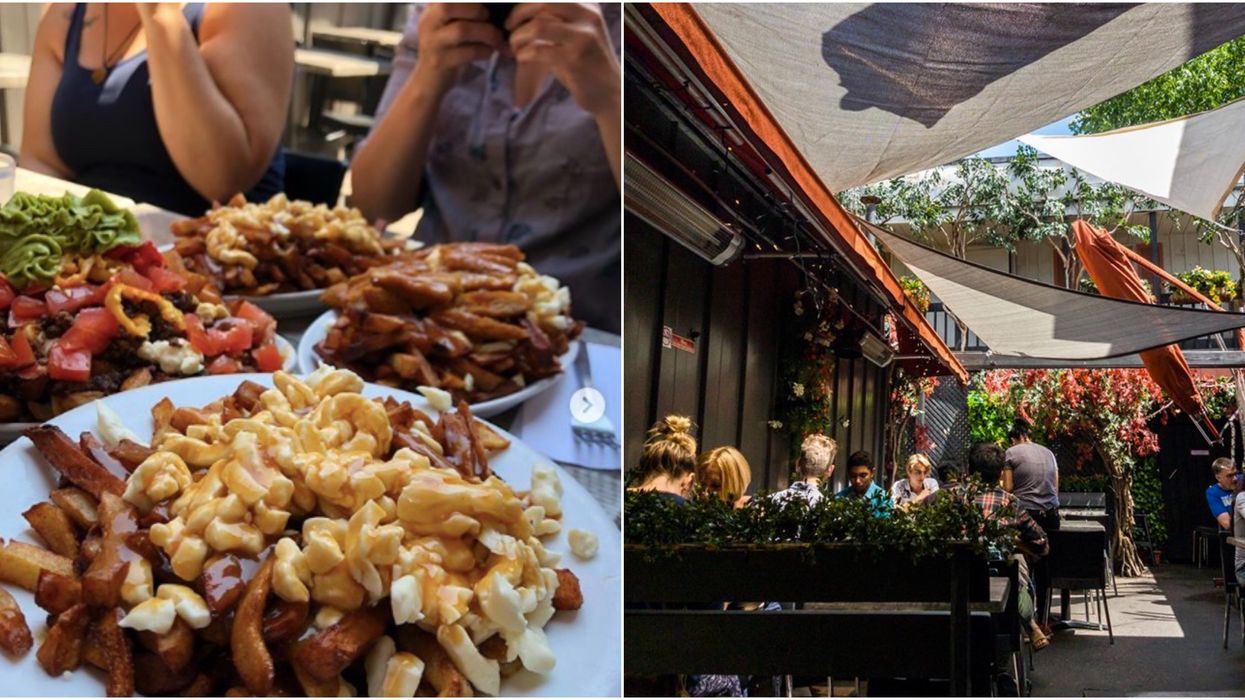 You can’t call yourself a Canadian unless you’ve had poutine, and if you have had poutine and you don’t like it - then you’re probably going to have to pretend you do in order to remain respected in this country.

In the Great White North, poutine is almost as symbolic as hockey, and just as important to us as beer. Although there's places that offer their own take on the traditional dish, Montreal is guaranteed to provide the most authentic; and La Banquise proves exactly that.

READ ALSO: 11 Poutine Spots In Toronto That Are Authentic AF While poutines are traditionally served on an otherwise casual bed of fries, they’re universally recognized for their melted cheese curds and warm, creamy gravy. The ingredients are pretty basic; so basic that even McDonalds thinks they're good enough for it, though La Banquise puts on their own very different take of it (or more accurately, 30 different takes).

Loading their dishes with bacon, the occasional ground beef, and even a hot dog sausage, this always-popular restaurant is a top contender for the best poutine in the city, and the poutine scene in Montreal can get pretty serious you guys.

I mean, from the onion ring-stuffed La Festival to the hot and spicy-filled La Fred Caillou, you already know the competition is just as legit as the rivalry between the Canadiens and the Maple Leafs (except not really, because the Leafs aren't very . . . you know, good). Located on Rue Rachel East, La Banquise was originally a small ice-cream shop when it first opened in May 1968. It began serving poutine in the 1980s, but as the popularity of the dish grew, so did the menu.

Now, the restaurant is a 24-hour diner; so whether you devour their food after a night out on the town or during a late lunch, this trendy location is the ultimate spot for both locals and visitors.

Before going, just make sure you go hungry. You need to experience this stuff the best way possible, don't you think?!