You might faint when you see the amount of cheese curds they stack on. 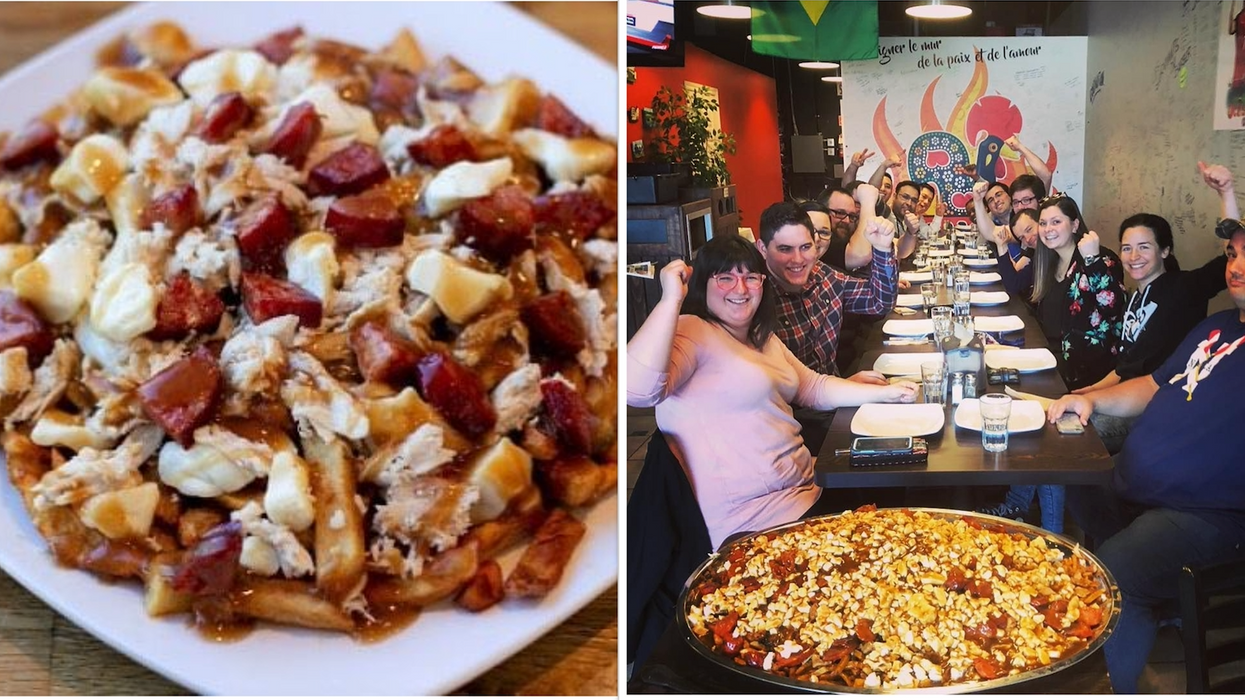 This Restaurant in Montreal is so wild that they feature an XXXL poutine that could feed a small village (yes, it's really that big). It looks legitimately like a mountain of poutine. The gravy that seeps downwards from the poutine is the avalanche. No one is complaining.

The folks over at Restaurant Barcelos are the masterminds behind this mesmerizing food creation. With a poutine this colossal, they aren't frugal with the amount of cheese curds they include, either. The poutine is made up of 26 pounds of fries and 5 pounds of cheese, not including sauce, spices and toppings. Apparently, this monster weighs around 40 pounds. Take a closer look:

That fry-to-cheese-to-gravy ratio looks just about perfect. The restaurant suggests that this poutine can feed 20 people — it costs $200, which makes it about $10 per person!

One of the greatest things about the massive poutine is that you can customize it five different ways. Imagine eating a classic traditional poutine when what you really wanted was a meat-lovers one. Their choices are below:

Barcelos Restaurant recently finished a pretty great outdoor patio, too. It's not as large as the poutine they serve, but it's definitely spacious enough to fit large parties. It is a big space for an even bigger poutine.