This Restaurant In Ottawa Serves Your Sushi Via Little Boats 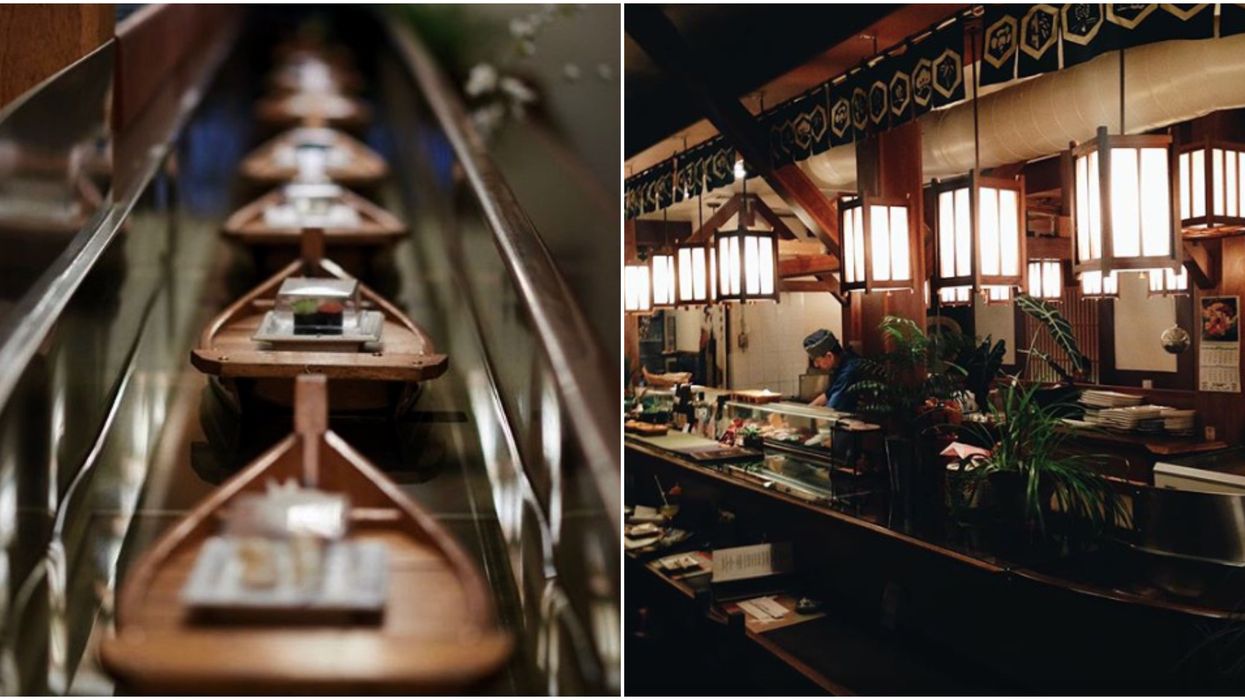 If you’re a typical human being like I am, then you love sushi - like really love sushi. I love sushi so much that I don’t even trust people who don’t. There’s just something wrong with that.

While there’s tons of places in Ottawa where you can get order this epic Japanese dish, there’s one hidden gem in the city that you have to visit if you’re part of the ultimate sushi fan club - and that place is C'est Japon à Suisha. Instead of the Americanized adaptation of sushi, this one is French - but only in the title. A traditional Japanese-owned restaurant located in downtown Ottawa, C'est Japon à Suisha has been satisfying the hungry public since it first opened in 1974.

Not only is it authentically made while serving the eighth wonder of the world (I told you I loved sushi), but if you make a large order, they'll also serve your sushi on floating boats. Which is just so much more fun than basic plates, don't you think?!

From cream cheese-filled Philadelphia Rolls to their Spider Rolls that are stuffed with a deep-fried soft shell crab, this secret hot spot has been named as one of the city’s best places to eat by Ottawa Magazine. Upon arrival, guests can choose between dining in their public area or making a reservation in one of their private rooms. These Japanese-style Tatami rooms can be used for special occasions and are available downstairs near a stunning stream.

Divided between lunch and dinner hours, this authentic and stylish restaurant puts the “aw” in Ottawa. For reservations and more information, you can check out their official website.