Trump Vs. Clinton: Where To Watch America's Election Night In Ottawa 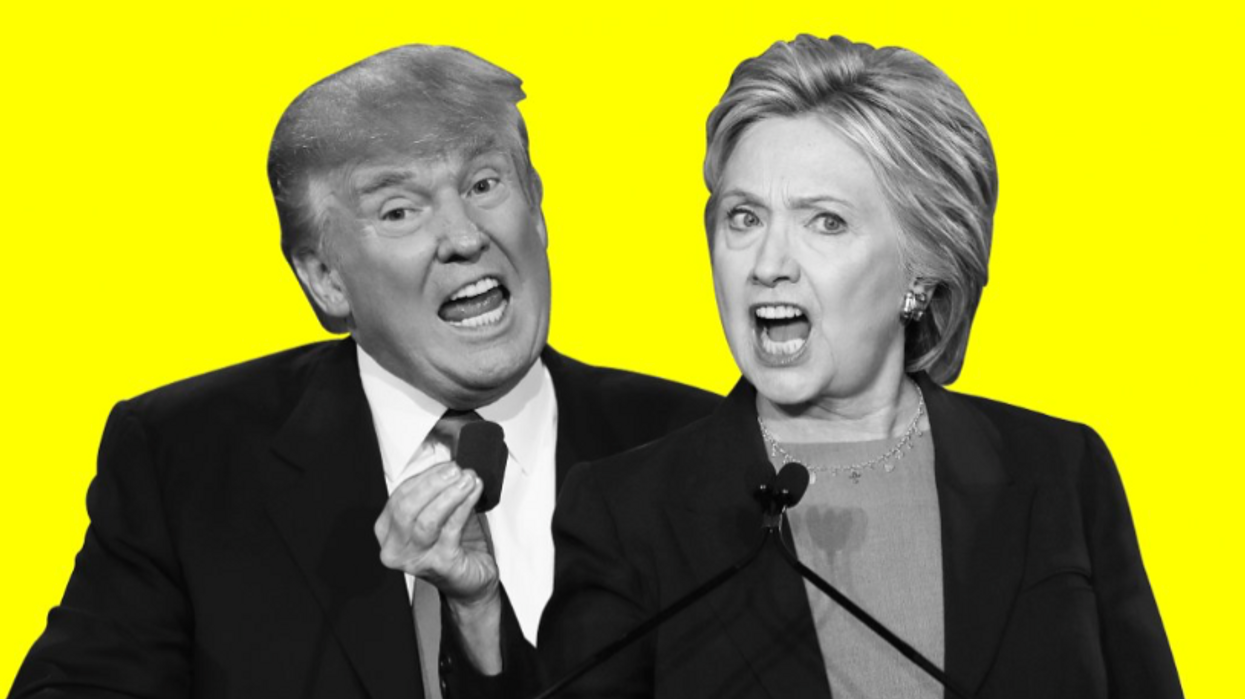 So, get your Ken Bone sweaters for this cold November evening and be prepared to build a wall of beer bottles because Ottawa is bringing America to Canada for a night.

On Nov. 8 a number of bars across the city will be hosting events. Some will have Bernie Sanders cocktails while others will have election night bingo. In other words, Ottawa's making election night great again and you're invited.

Here are some spots in Ottawa where you can catch the election. God bless America because we've given up:

Featuring election-themed cocktails, like The Feel the Bern-ie, The Nasty Woman and the Mexican Fruit Stand. In terms of grub, they got you covered, too: $4 tacos.

Memorize those Donald Trump quotes because there's going be trivia on the 2016 U.S. Presidential Election Campaign. Free prizes and drinks. Cover is $5 for CIC members and $10 for non-members. A pint of craft beer or a glass of wine is included.

Hosted by the Government Relations Institute of Canada and Equal Voice National Capital Region. Event organizers project a whopping 350 attendees. The event fee will be $20.00

Fan of Hillary? Join Democrats Abroad in the Market to watch the election results unfold on the big screen.

Young gamers better make the most of their weekends. 🕹

Young gamers in China are about to be banned from playing online games for more than three hours a week.

According to a news release from The National Press and Publication Administration, those under 18 can only play online games between 8 p.m. to 9 p.m. on Fridays, Saturdays, Sundays, and public holidays starting September 1.

It's not the first time Justin Trudeau has visited either!

Andrea Chiodo, vice president creative of Flying Monkeys Craft Brewery, told Narcity that Trudeau swung by around 3:30 p.m. on August 17 and stayed for about an hour.