Ottawa's public transit will run as usual and will be free all day. 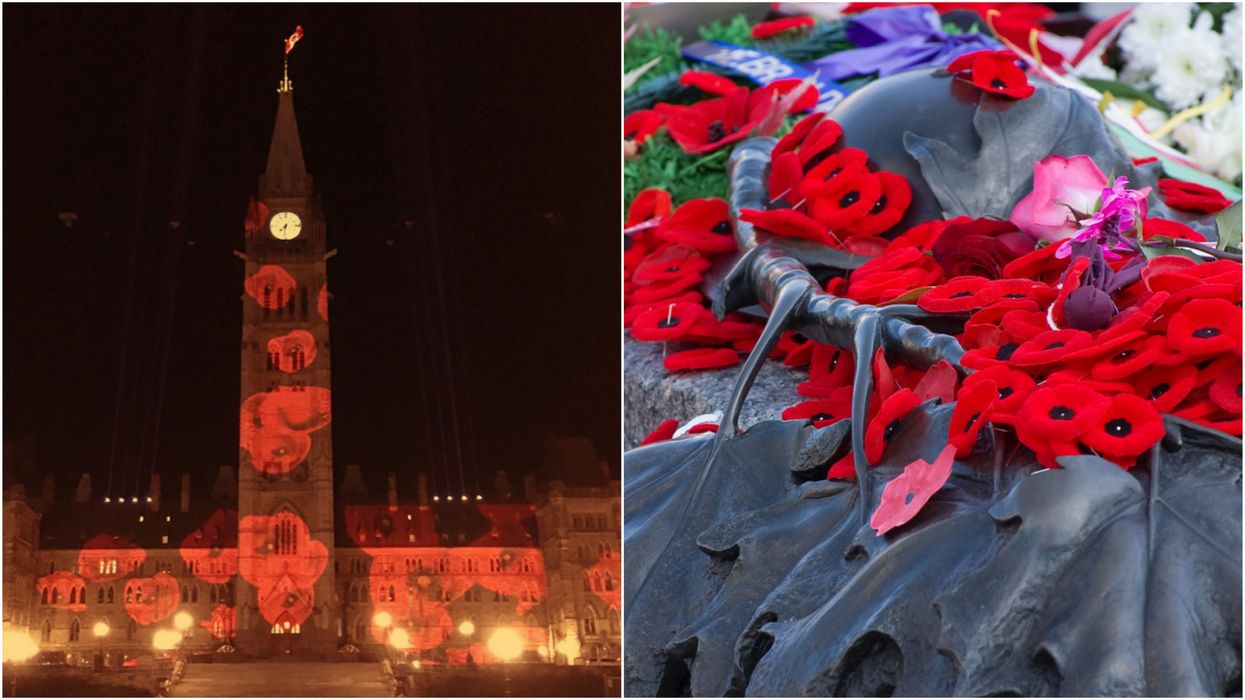 After a long week of freezing temperatures and snowfall, Ottawans may want to spend the long-weekend curled up in their pyjamas with the fire burning. However, if you plan to brave the cold on Monday, or want to head out to one of the city’s Remembrance Day services, here’s what you need to know about what’s open and what’s closed on Remembrance Day in Ottawa.

While many municipal services will be operating completely as normal on November 11, other businesses and companies will be shutting-down for the day on Monday, in order to honour the fallen soldiers of war.

If you’ve got specific plans in the city on Monday, or intend to hit the shops for your pre-Christmas shopping, it’s worth double-checking the opening hours of your destinations.

Many retail businesses won’t actually be operating until the early afternoon on Monday, in accordance with the City of Ottawa’s Remembrance Day bylaw.

This Remembrance Day bylaw prohibits most retail businesses from opening before 12:30 p.m, and this includes many large locations such as Loblaws and The Rideau Centre.

That said, not all stores are the same, so it's worth double-checking with your local stores to find-out their November 11 opening hours.

Pick up your calendar and grab a pen, because here’s exactly what is and isn’t open on Remembrance Day Monday:

Ottawa’s major shopping malls will open their doors in the afternoon on Monday. The Rideau Centre, St. Laurent Shopping Centre, Place d’Orléans, Bayshore Shopping Centre and Tanger Outlets will all be open between 12:30 p.m. and 9:00 p.m.

Small pharmacies, convenience stores, gas stations, supply stores and florists will all operate on a normal schedule. That said, it’s worth calling any independent businesses to double-check their store hours.

Expect all of Canada's major banks to be closed in Ottawa.

Many large supermarkets and grocery stores in the city will also be opening for limited hours on Monday, This includes most Loblaws and Metro locations, which will be closed until 12:30 p.m.

An exception is the Loblaws on Isabella Street, which will be open from 8 a.m. to 11 p.m.

If you were planning a day out in the city on Monday, it’s worth remembering that the majority of Ottawa’s museums will be completely closed on Monday.

The only exceptions are The Canadian War Museum and the Canadian Museum of History (in Gatineau), which are both open from 9:30 a.m. to 5 p.m. and are offering free admission on November 11.

The Canada Aviation and Space Museum will also be open between 10 a.m. and 5 p.m.

Ottawa’s transit services will be running as usual throughout the long weekend, including operating on a normal Monday schedule.

That said, OC Transpo does warn travellers that some routes might experience minor detours or delays due to Remembrance Day parades and ceremonies in the city.

OC Transpo is also waiving all transit fares for all customers on buses, O-Train lines and Para Transpo on Monday, Nov. 11.

OC Transpo and Para Transpo buses also intend to pull over to the side of the road at 11 a.m. on Monday to observe two minutes of silence.

Whatever you decide to do this Remembrance Day, stay safe and enjoy your long weekend!