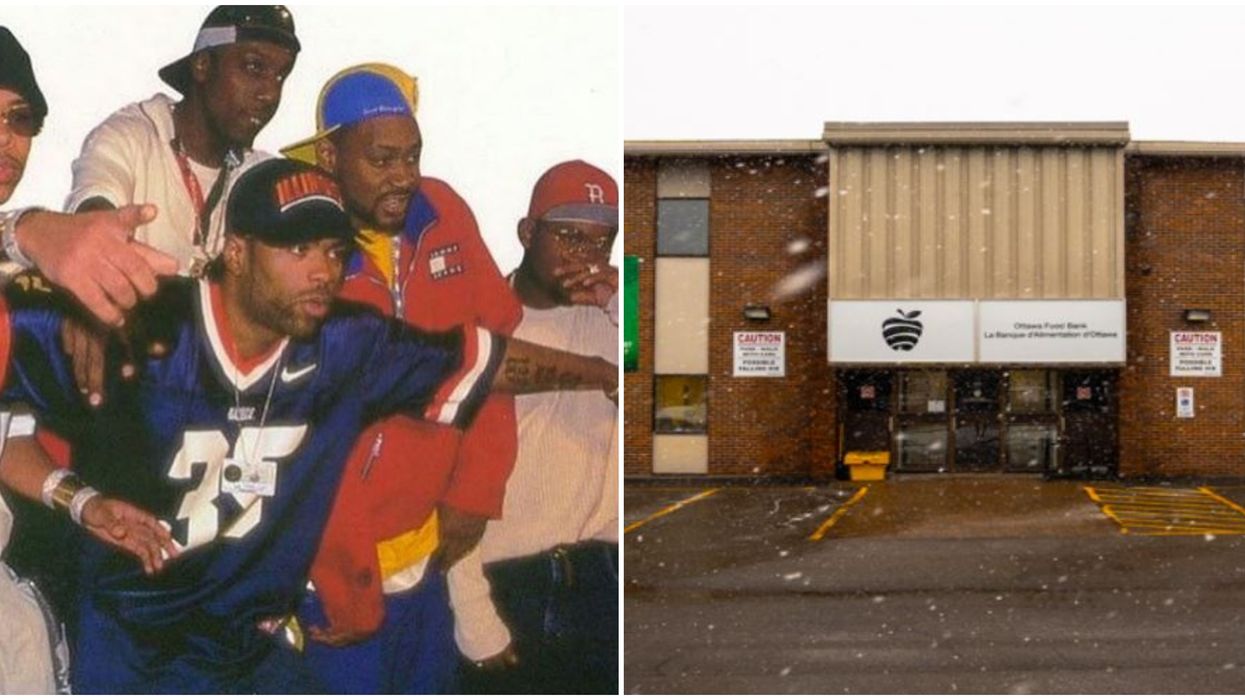 Now here's news you don't read every day, and something to brighten your Friday. Iconic New York hip hop collective Wu-Tang Clan proved they're the C.R.E.A.M. of the crop by making a donation to the Ottawa Food Bank on Thursday, April 2. Their gift was one of many which totalled an impressive $170,000 in the space of 24 hours.

As Finkelstein offered to pledge $1 for every retweet of Mayor Watson's message up to a total of $10,000 on Wednesday afternoon, the word spread around the internet.

And after an Ottawa cannabis company's co-owner speculatively tagged Wu Tang-Clan in a message about the scheme, the rap group stepped up.

"We got you," they responded in a tweet. "@ottawafoodbank Just made a donation ourselves. Appreciate Canada holding us down all these years."

They ended their message by calling upon their "Canadian brothers," including comedian Russell Peters and media host George Stroumboulopoulos.

The group's historical home of Staten Island, New York, is not too far away from the Canadian capital, and the group player Ottawa Bluesfest last summer.

We got you @adammiron @ottawafoodbank. Just made a donation ourselves. Appreciate Canada holding us down all these… https://t.co/zRWkXkHqBL
— Wu Tang Clan (@Wu Tang Clan)1585856246.0

Finkelstein announced later on Thursday that the day's donations as a result of the social media campaign had totalled over $170,000, per CBC.

The Ottawa Food Bank confirmed one of the donations came from Wu-Tang Clan.

Huge thank you to the incredible Ottawa community ❤️ together we raised $170k in 24 hours for the @OttawaFoodBank 💪… https://t.co/GytIXkr2Kk
— Harley Finkelstein (@Harley Finkelstein)1585871102.0

"With the increased amount of food that our network of food programs is providing to the community, that amount will help us provide one week of meals for 24,300 people," she said.

Back on March 19, Ottawa Food Bank gratefully received a $20,000 donation from Chicken Farmers of Canada.

That came a week after the food bank had issued a plea for residents to donate what they can to the bank.

Now, the city's public figures, residents, and American hip-hop legends have pitched in.

This isn't Wu-Tang Clan's first public service in the time of the COVID-19 pandemic, though.

On March 15, they offered some advice on how to "Protect Ya Neck" against the virus.