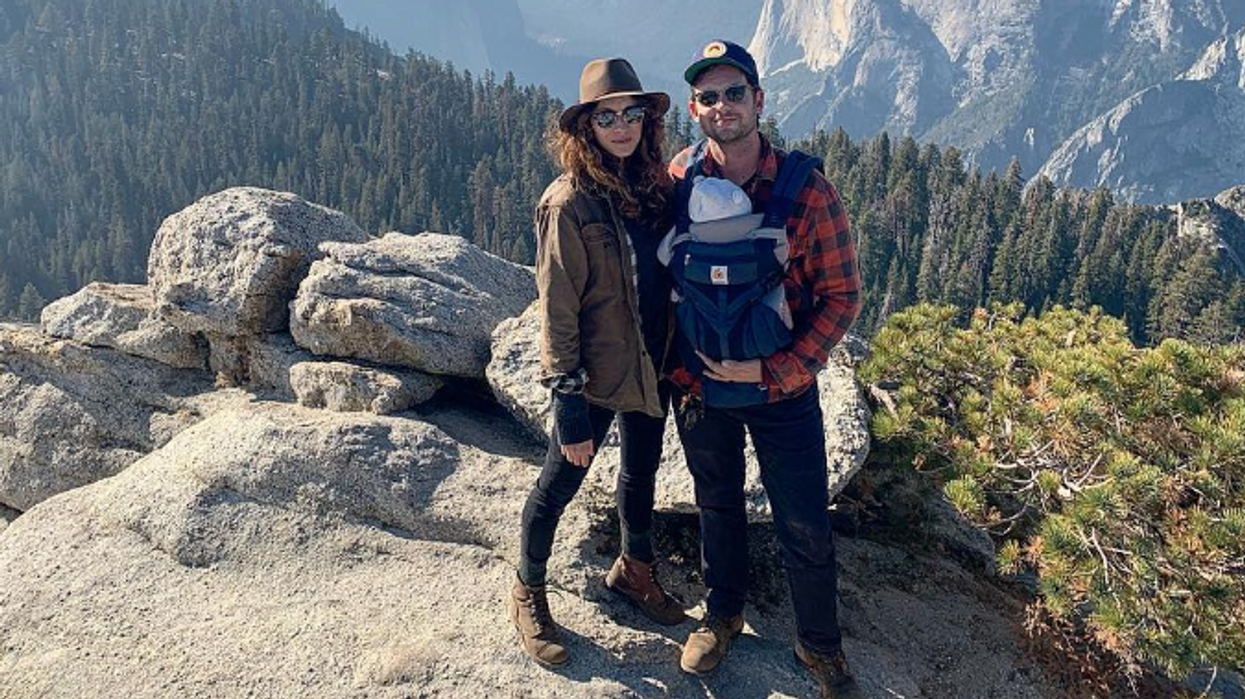 The Suits and Pretty Little Liars stars have kept their personal life and details about their daughter pretty tight-lipped. They've often taken to social media to express gratitude to their fans and the media for respecting their privacy, especially when it comes to their family life. In October 2018, the couple welcomed a baby girl into the world, sharing few details about her, not even her name. But after what seems to be an accidental slip, Patrick J. Adams and Troian Bellisario's daughter's name was just revealed after keeping it a secret for a year.

Bellisario was responsible for the possible blunder while posting an Instagram story over the weekend. She posted a video of her deciding what jarred food to feed her daughter. The video was less than thirty seconds long but that was just enough to share the name of her one-year-old daughter. In the video, Bellisario said, "Gotta figure out which of these I'm gonna give to Aurora for dinner". The Instagram story is now expired but fans definitely caught on that her daughter shares the same name as Sleeping Beauty.

Both Adams and Bellisario shared the same photo following their daughter's birth showing her holding one of their fingers with her whole hand. They both captioned their photo thanking those who have respected their privacy.

In Adams' photo, he shared that the baby weighed eight pounds and wrote, "Thank you to everyone who fought for and protected our privacy during this incredible and beautiful time in our lives."

And Bellisario posted a photo back in June showing half of her face and one of her daughter's arms, adding the caption, "Where would I even want to go?" which is, of course, incredibly cute.

Toronto born Adams has posted a small number of photos on his Instagram of his wife and new daughter, but none of them reveal the baby's face or name.

The adorable baby name was revealed on the same day that Bellisario's Pretty Little Liars costar, Shay Mitchell, shared that she gave birth to her daughter. Mitchell didn't share any details about her baby's weight, birth date, or name on her Instagram post. But she almost immediately posted a YouTube video sharing the entire birthing process, keeping in the theme of her "Almost Ready" pregnancy series.

Aurora is a beautiful name and we wish continued happiness (and privacy) for Adams and Bellisario.