He's a sneaky one! 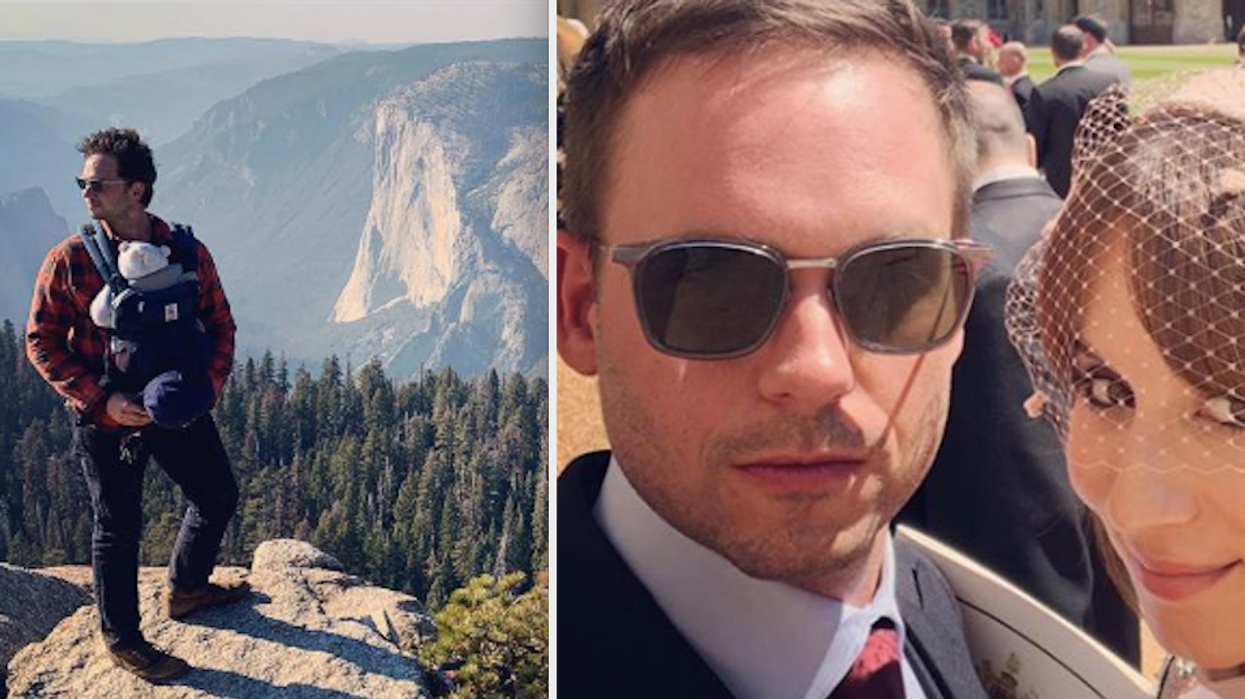 Just days ago, the internet celebrated the long-awaited unveiling of the name of Patrick J. Adams and Troian Bellisario's now one-year-old daughter. Bellisario shared on her Instagram story that the little girl's name is Aurora. A lot of fans were speculating that was the name before it was even confirmed. And that may be because Patrick J. Adams and Troian Bellisario's daughter's name was actually revealed months ago.

In a tweet on March 7, Adams wrote about a Kerchief from Colin Hanks' company Hanks Kerchiefs (ah, we love a good pun), when Adams got to name one after his daughter. He wrote, "Honored and excited to be able to name one of these beautiful Hanks-Kerchiefs after our daughter, Aurora. The proceeds from the sale will go towards ⁦@WarChildUSA and ⁦@INARAorg - incredible orgs that help children all over the world."

Well, there you have it. Adams clearly shared her name with the world, and it didn't seem to be an accident.

Both parents have expressed their desire to keep their personal and family life private. In her Instagram photo announcing the baby's birth, Bellisario wrote, "I cannot express how grateful I am. To the people who have protected us and kept our growing family safe and respected our privacy." And Adam's photo caption sent the same thanks to those who "fought for and protected our privacy during this incredible and beautiful time in our lives."

We would assume that part of the privacy they wanted was to keep their daughter's face and name out of the media's eye. Perhaps they were just waiting until they were comfortable, or maybe they just never saw a need in sharing those personal details about a tiny baby with no say in what's shared about her. Whatever the reason, it is kind of ironic that the internet just freaked out over Bellisario sharing her daughter's name when her husband already sneakily did it months ago.

Honored and excited to be able to name one of these beautiful Hanks-Kerchiefs after our daughter, Aurora. The proce… https://t.co/dlHqog4Lfb
— Patrick J Adams (@Patrick J Adams)1551983503.0

There are comments on the tweet from when it was shared in March expressing how beautiful the baby's name is. One user said, "What a beautiful name. This is so special." Another hinted at the connection to their daughter sharing the same name as Sleeping Beauty and wrote, "A beautiful name for your princess and also a great initiative." And another person commented, "Aurora Bellisario Adams... sounds so beautiful".

All of the responses, though there weren't tons, were sent on the same day as the tweet. So it must have just slipped under the radar for months.

Did you know the baby's name before it was officially shared by Bellisario?