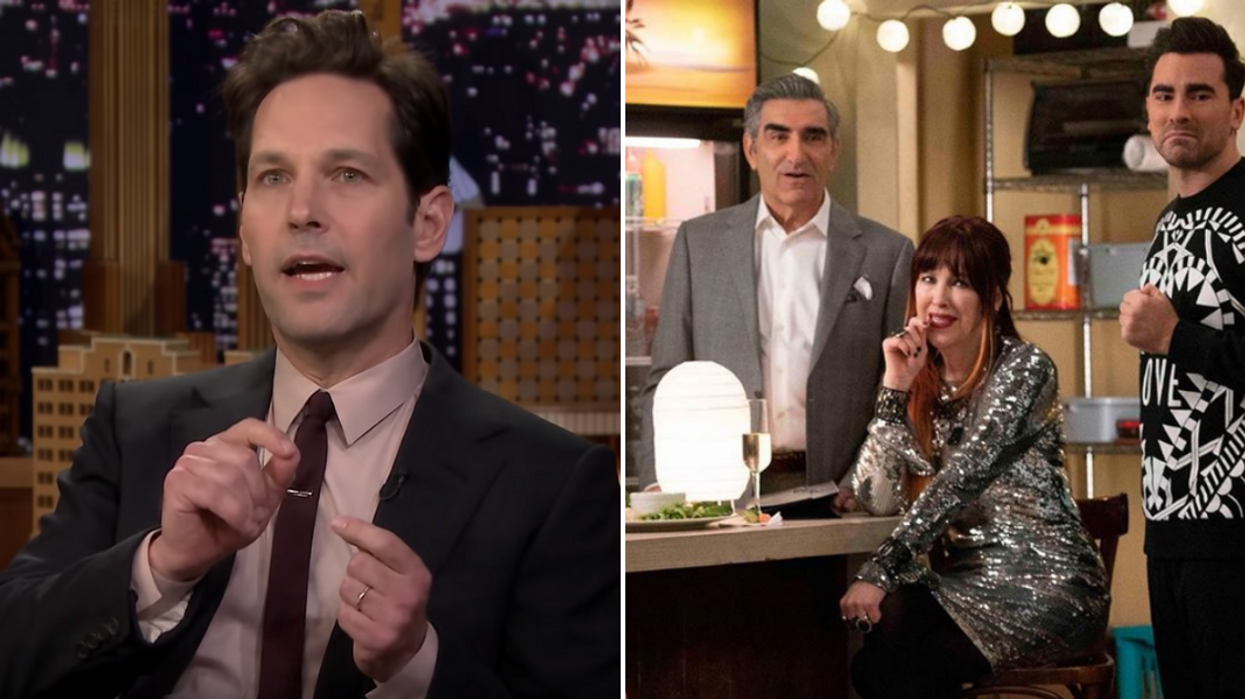 Paul Rudd just opened up about his favourite show and made Canadians across the country so happy. He loves the Canadian comedy so much that we're starting to think he may actually be secretly Canadian. If Paul Rudd is Schitt's Creek's biggest fan then that means we can no longer claim the title for ourselves, but we're honestly here for it.

It may seem random that Schitt's Creek would be his favourite show, but if you really think about it his humour is basically on par with the Rose's and he used to be on Friends.

He also continues to compliment Eugene Levy on literally his entire life, "And Eugene Levy is such an MVP. In every category, in life, he's just so funny, the whole family is incredible."

Hey Dan Levy, do you need help giving out those set tours? Because it looks like Paul Rudd would not decline an offer. Or maybe he'd want to attend the NYC pop-up himself?

This newest celeb crush on Schitt's Creek is really showing just how far the show has come. From a small-town Canadian comedy to an Emmy Nominated, Paul Rudd loving show that's known around the world (Thank you Netflix).

Unfortunately just when the show is about to come to an end is when the entire globe wakes up. We'll just have to cherish this last season when it premieres in January.

The premiere is still a couple of months away but Netflix has a bunch of other understated shows that need your support. There are so many shows on Netflix, that just like Schitt's Creek in it's earlier seasons, are amazing and don't get enough attention.

If you want to catch the Schitt's Creek cast on tour in the coming months check out the tickets and show dates here.