Couples Separated By US & Canadian Border Closure Told Us Their Story

Just a little something to brighten your day. 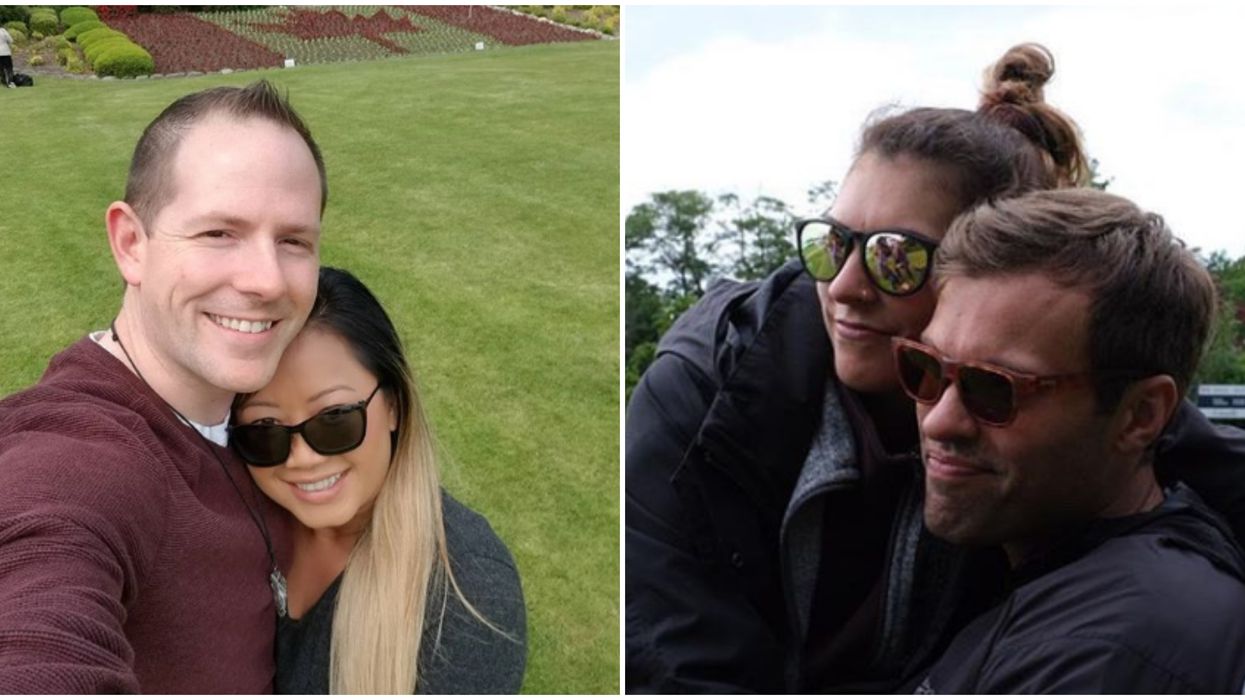 After not seeing each other for over two months, family members, friends, and loved ones took to Peace Arch Park to finally see one another face to face. As the Washington and Canadian border remains closed for non-essential travel, the picturesque park has become an "oasis" for citizens.

The park itself extends from Blaine, Washington, to Surrey, B.C., so as long as they "stay in the park, visitors can freely roam from the U.S. to the Canadian side, and vice versa, without showing so much as a passport," reports KOMO News.

Two couples told Narcity their story of the Canadian and U.S. border closure.

For virus uneasiness, it was seen as a positive; however, for Chelsea Horner, it caused panic.

"My first thoughts when the border closed were disbelief and panic," said Chelsea Horner, who is quarantined on Vancouver Island with her kids and separated from her husband Brandon Horner, a U.S. citizen. "The border between our two countries had never been closed before."

Chelsea and her kids were waiting for their immigration paperwork to be approved as the governments announced border closure.

"Being separated has been difficult for all of us. The kids haven't seen him since Christmas, and they are used to spending time with him every couple of months," said Chelsea.

"We are grateful for technology. The ability to text, call, and FaceTime really helps."

But now, with the park opening, it has been a relief for most families!

"We are really grateful for Peach Arch Park and the ability to meet there. We plan to do it once a month until the border re-opens," said Chelsea.

Another couple, Adam and Sarah Hewitt, who recently married, have been dealing with their own separation, with Adam in Seattle and Sarah in Canada.

Despite the sadness over not seeing each other, there was light at the end of the tunnel.

Once word got out about the Peace Arch Park opening for both U.S. and Canadian citizens, couples were finally able to rejoice with one another.

"When I asked if I was able to be with my Canadian wife in the park, the [Border Patrol Agent] looked at me and said, 'Of course you can! Don't keep her waiting!"