Teddy Bears Are Appearing All Over PEI & It's Unbearably Wholesome (PHOTOS)

If you're looking for a smile, here it is! 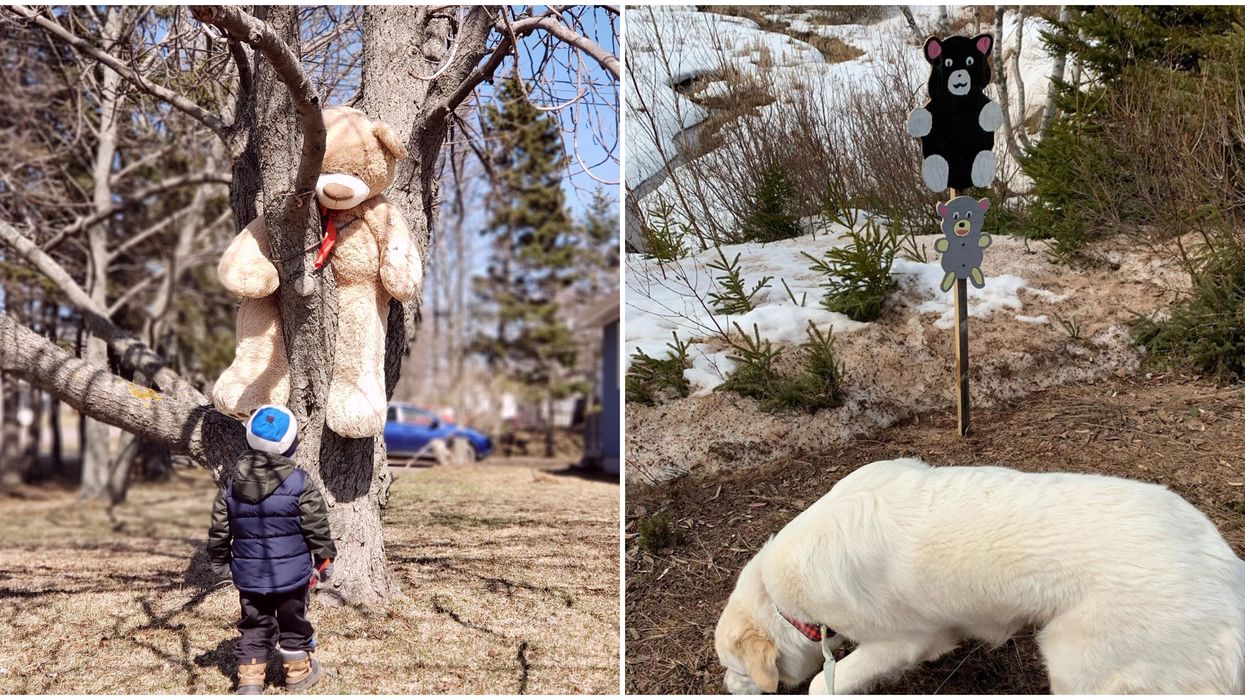 Now, this is adorable! Bears keep appearing all over one province, but thankfully they're the fluffy kind. The P.E.I. Bear Hunt, was created so that locals can bring their community together, while keeping a safe distance apart.

A real bear hasn't been spotted on the island since the 1930s, according to CBC News.

Now, the furry creatures are suddenly making a comeback, but it's the stuffed kind that are popping up across the province.

As a result of the COVID-19 pandemic, one resident decided to try and lift the spirits of P.E.I. by creating a special hunt for the fuzzy friends.

It all started with a Facebook group, created back in March, that encourages people to display teddy bears in their windows for people to track down on walks or on car rides.

"I just wanted to start it for something fun," Kim Baglole, the hunt's creator, told Atlas Obscura.

"People want to be socially distant, but they're used to coming together. We’re raised from birth to be cuddled and snuggled, to hold hands, to kiss and hug, to have get-togethers. All of a sudden, we have to stop all that."

In cities, towns, communities and neighbourhoods, bears can be spotted in windows and on mailboxes, front porches and lawn chairs.

Even wooden bears have been put up!

The furry faces have been sighted from Charlottetown and Summerside, to O'Leary, St. Eleanor's and even Wilmot.

"The goal is for people to get in the car, drive around, and count. Make a game of it," Baglole said.

On the Facebook page, people are asked to take pictures of their finds, and post them on social media for everyone to see.

This huge guy likes to hang out on the corner of Mt.Edward Rd. & Montgomery Drive in Charlottetown and waves if the wind is in the right direction... give him a wave back as you are driving or walking by

Baglole noted that the inspiration for the P.E.I. Bear Hunt came from friends in her hometown of Gander, Newfoundland.

They started a similar group inspired by the children's book We're Going on a Bear Hunt, by Michael Rosen and Helen Oxenbury.

This isn't the first time P.E.I. has been home to adorable acts of kindness.

Last year, mysterious notes started popping up at workplaces in the province with messages of love and gratitude.