Premier Doug Ford visited the winery just a few weeks after one alleged donation was made. 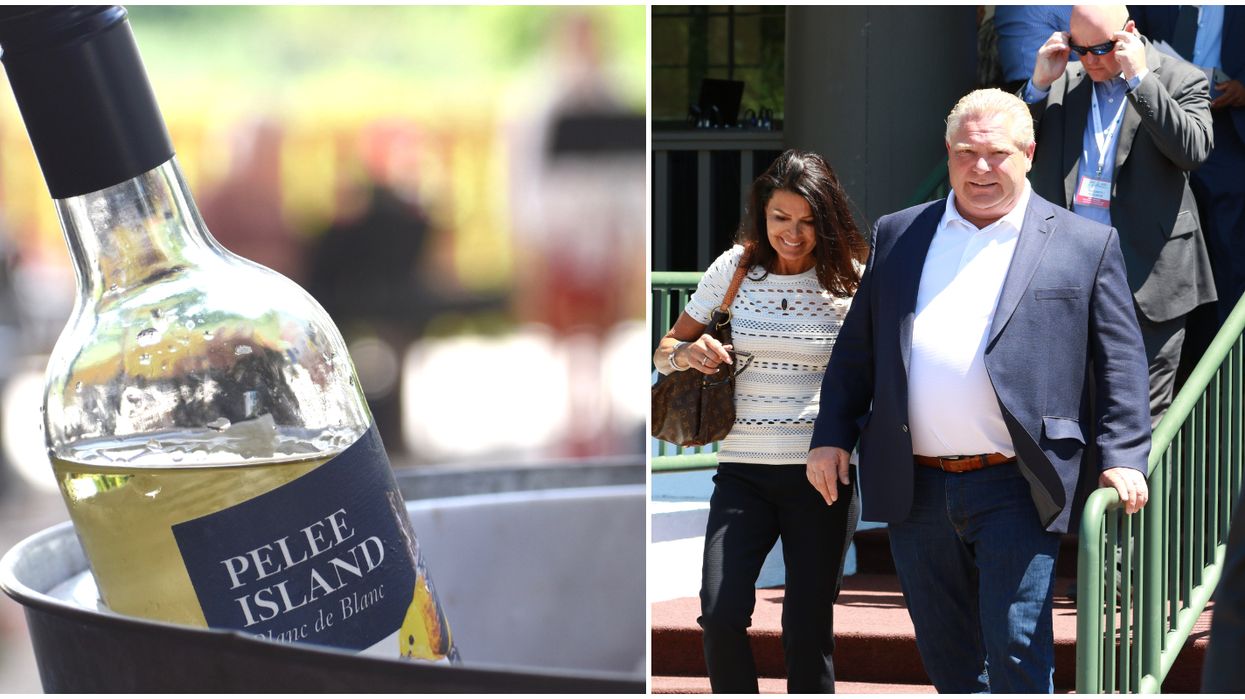 Ontario Premier Doug Ford may have set foot in another controversy after taking a tour of the Pelee Island Winery. Pelee Winery in Ontario has been trending on Twitter after the CEO of the company, Walter Schmoranz, was accused of donating $2,050 to the Progressive Conservatives.

#BoycottPeleeWinery started with a tweet by Doug Ford himself, which included an Ontario News Now clip of the premier touring the Pelee Island Winery. In the clip, Ford explicitly tells viewers, "Go out and buy a bottle of Pelee Island wine," and that it would be coming to convenience stores.

The tweet and included video prompted some digging from Allison Smith, founder of Queen's Park Today. She apparently found that Schmoranz had made two separate donations to to the PC Party: one on Feb. 26, 2019 for $1,050 and another on July 12, 2019 for $1,000.

Great Ontario wines like @PeleeWinery will be coming to convenience stores near you! https://t.co/Sa5LDWel3M
— Doug Ford (@Doug Ford)1564344598.0

The information prompted plenty of reactions from people on Twitter, some of whom replied directly to Smith's tweet. A number of responses came from people who were not happy with the winery itself.

@QueensParkToday @Peleewinery just lost any hope of getting one dime of my business. I will not support cronyism, I… https://t.co/0n9gsQ8mig
— Dallas (@Dallas)1564421603.0

@QueensParkToday I really hope this winery feels the negative results from donating to a corrupt party over a $1000.00 donation.
— Carolee Dunn (@Carolee Dunn)1564425914.0

Meanwhile, other people responded with full support of both Ford and the winery.

Not long after Smith's tweet, #BoycottPeleeWinery began trending. Many users saw the hashtag as an opportunity to let the company know that this was not a good business decision.

@Peleewinery You appeared on @fordnation's fake news service in support of a premier who is hurting vulnerable chil… https://t.co/Ia1CSbK874
— James Wells (@James Wells)1564422221.0

@Nicki_Nickii9 @Peleewinery I used to buy your wine...i will no longer buy it as your president seem to have paid f… https://t.co/iPzuYAV0oE
— Patrick Gagnon (@Patrick Gagnon)1564397175.0

On the other side of the argument, there were also some responses using the hashtag for the opposite of its intended purpose. Many of these tweets pointed out the politics of the boycott, while throwing their support behind the winery and Ford.

#BoycottPeleeWinery because only Liberals can tell people to buy thing from the companies who donate to them when t… https://t.co/L6g3laJDfS
— Mr. Bat-man 🇨🇦 (@Mr. Bat-man 🇨🇦)1564427192.0

A number of the replies, however, managed to point out the obvious ethical concerns regarding a business owner making a donation to a political party and then receiving an endorsement from its leader.

Should we #BoycottPeleeWinery? For making a deal to have their products sold in stores that are now legally allowed… https://t.co/FljzHklQ9G
— Ed the Sock (@Ed the Sock)1564421453.0

After the hashtag gained momentum, Pelee Island Winery issued its own statement about the situation on their Twitter feed.

In an email to Narcity, a representative of Pelee Island Winery said, "It is critical that we work together with the Province on issues that impact the businesses and livelihoods of those who depend on craft winemaking and grape growing in Ontario. We ... are committed to continuing to work with the provincial government."*