He blames the blockades for damaging the economy. 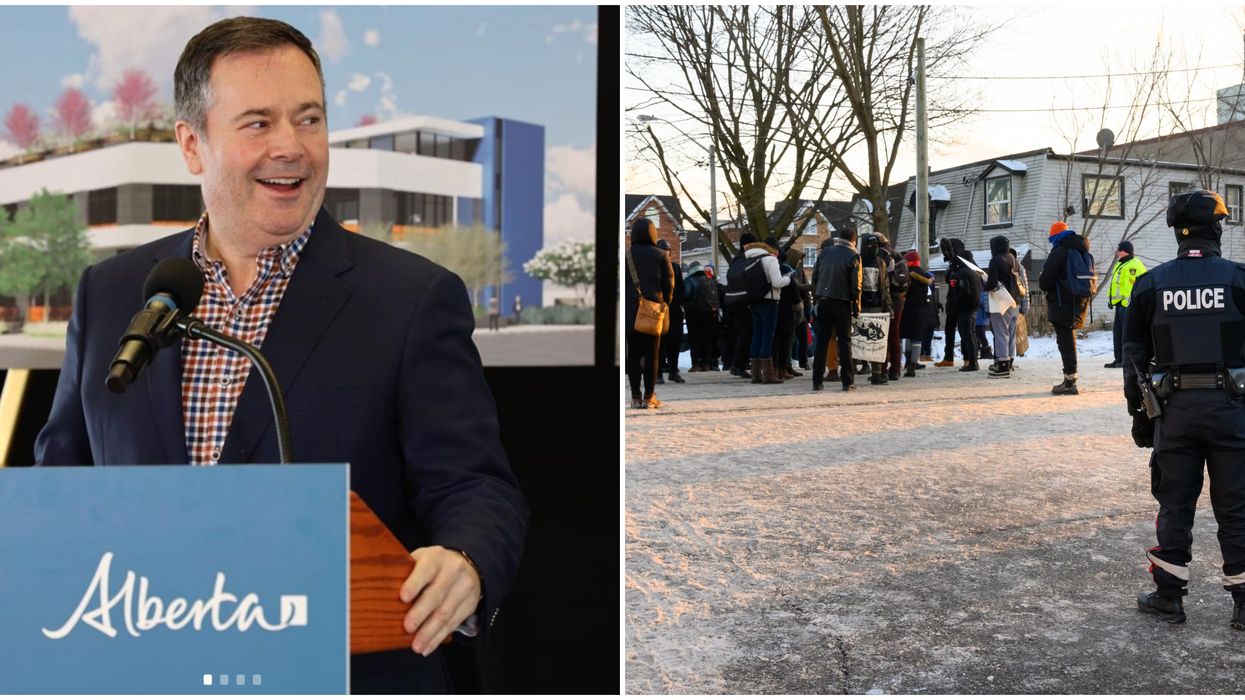 Jason Kenney has issued a strong threat to anyone taking part in railroad blockades and other protests, many of which have occurred across the country in recent weeks. He has announced plans to introduce new penalties for Alberta protestors to fight back against what he describes as “lawless blockades." Such action, he believes, is "inflicting huge damage to our economy."

Kenney spoke out after Teck Resources, a natural resources company, cancelled its plans for a large oil sands mining project in Alberta this week.

The politician blamed the decision in part on what he described as the prevalence of "lawless opposition to resource development" in Canada.

Canadian news has been dominated in recent weeks by protestors supporting Wet'suwet'en people and their territory amidst RCMP presence and a looming pipeline project.

Kenney blamed protest action for a number of other cases in which companies have pulled out of investing in Canada.

In a speech that was posted on his Twitter account, Premier Kenney said he had spoken by telephone to "major investors in the past several days who have cancelled, frozen and suspended major projected investments in our economy because of the massive uncertainty created by the appearance of anarchy in parts of this country."

Lawless blockades are inflicting huge damage on our economy. Bill #1 in this session of Alberta’s Legislature will… https://t.co/96jpZiCrZv
— Jason Kenney (@Jason Kenney)1582606868.0

Kenney said "national leadership" is needed "to ensure that Canada is a country characterized by the rule of law."

He pledged that Alberta will play a major part in cracking down on protests.

The video included in his tweet shows Kenney speaking on Monday. He said that Tuesday he would be tabling "Bill Number 1 of the next session of Alberta’s legislature, the Critical Infrastructure Defence Act."

More details of the bill are expected to be released on Tuesday afternoon.

Meanwhile, Rachel Notley, the leader of Alberta's opposition party NDP, criticized Kenney for not doing enough to tackle climate change, claiming this was costing jobs in the province.

Premier Kenney needs to get on with the real work - which is to balance our economic prosperity with our environmen… https://t.co/QvO2WE3QJg
— Rachel Notley (@Rachel Notley)1582586185.0

Notley tweeted three messages on the matter. "While the rest of the world is rolling up their sleeves to tackle climate change, Jason Kenney is costing us jobs by ignoring the problem. Hiring more lawyers doesn’t create investor certainty," read the first.

Notley, who has been involved in several heated exchanges with Kenney in recent months, claimed the president and chief executive of Teck Resources had made clear that Alberta "will be left behind" without a "credible climate plan."