It's for a great cause. 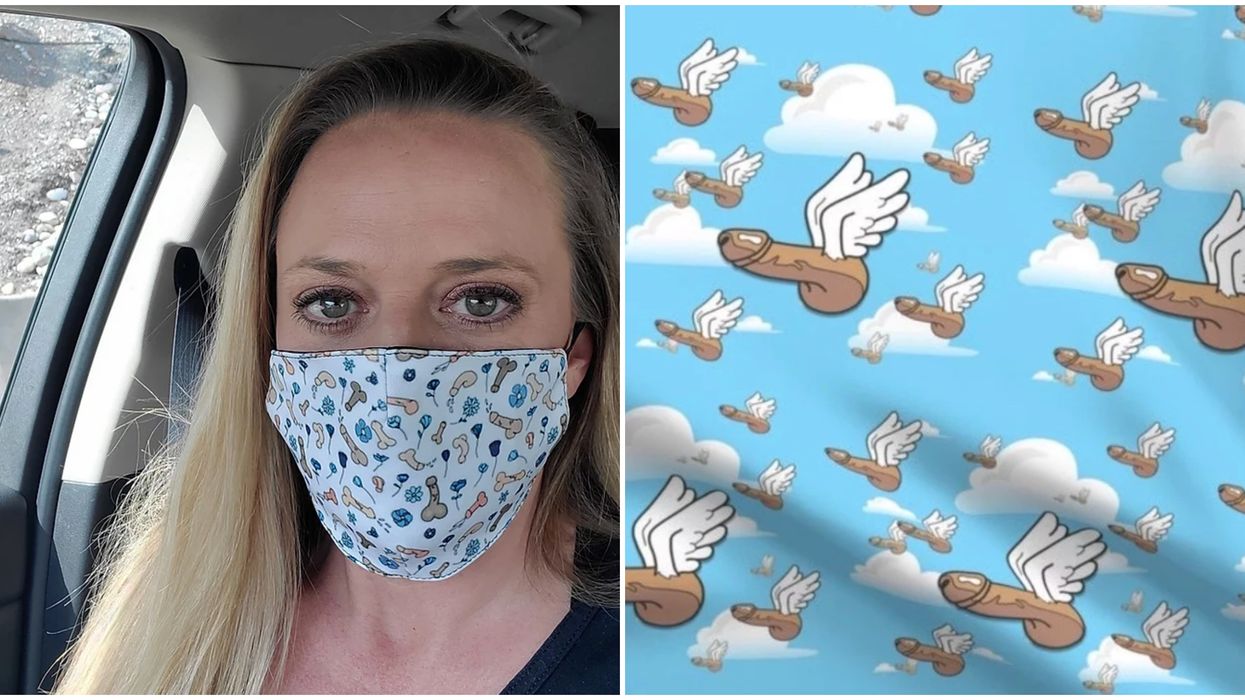 As there becomes a higher and higher demand for face masks, one woman and her son decided to make them a fashion statement. Mindy and Nick Vincent from Utah began producing penis face masks for charity and received a massive request for more from the public. Now, with over $50,000 raised for charity, the duo is almost out of stock.

The response has been "overwhelmingly positive," to the masks, Mindy shared with Narcity during an interview.

Mindy told Narcity how the idea came about. She had placed an order on Amazon for a facemask decorated with penises six weeks ago, but when she decided to order more, she found out that the site had taken them down.

After she posted a photo on her social media of her wearing the mask, the picture went viral, and an outpouring of requests on where to find the covers started appearing in her comments and messages.

Mindy said the photo had over 150,000 shares, with the comments "blowing up," asking where people could buy the phallus-themed masks.

Her son had the idea to create their own since the demand was so high. They found the fabric here in the U.S. and produced 900 masks, all of which sold out in one hour.

Since then, Mindy and her team (a costume shop in Utah helps sew the masks) have sold 4,000 face coverings to date. They've managed to raise over $50,000 for her charity, the Utah Harm Reduction Coalition.

With the first $500, they bought masks for the homeless population they serve to provide a safe recourse for those less fortunate.

Once they're out of this current run of fabric, though, that's it for the penis masks. #ProjectPenisMask has been a raging success, and Mindy plans to launch a fundraiser in three months called #CondomGate as a follow-up.

The fundraiser will support Harm Reduction, a cause that has been very important to Mindy.

The money they've raised is more than her charity has made in its entire history, and her son now works for them thanks to his ingenious idea.

You can find the Corona Cockblock masks here for $20. They also feature vulva, boob, and flying penis prints if you want some variety.

Penises for a good cause — and a good rule of thumb on social distancing — if people can see the pattern, it means they're too close.