This story is almost too unreal to believe. 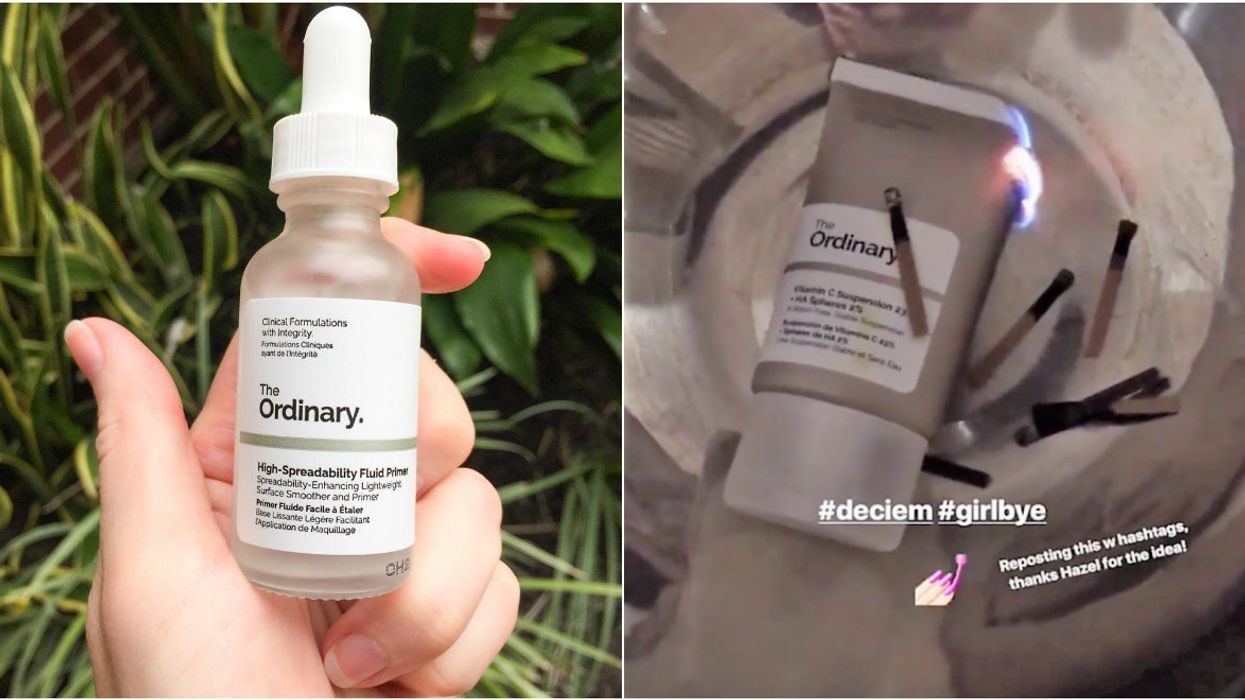 The Ordinary has been in the news recently but not because another Kardashian endorsed their amazing and low priced products or because they finally landed in Sephora. They instead have a movement of pissed off customers burning their products and the reason why will make you say WTF.

It all started last weekend when the Deciem CEO, Brandon Truaxe, (the parent company that owns The Ordinary) jumped onto the @Deciem instagram account and started posting some super long rants where he revealed a new product, publicly scolded himself for the poor sales of one of his brands, issued orders to employees, and gave up his CEO title.

He also posted multiple photos of garbage with a message that he would be getting rid of his plastic packaging.

However while all of that was odd and a little (a lot) confusing what really had people up in arms was the way that Brandon responded to many in the comments when they were questioning his public rants.

All of which rightfully pissed people off and caused a reaction that went viral.

Many took to burning The Ordinary products to show their distaste with the way Bandon was operating and his treatment of customers who were engaging with him on social media. Many were responding to the fact that they had been blocked by the CEO for showcasing their opinions - something Bandon was clearly open to do.

Eventually, he responded with this video:

Deciem's Instagram account lost thousands of followers over the past few days with a spike happening during the rants. Since then he seems to have calmed down on posting but is still operating the company's public instagram account.

He posted this above photo 2 days ago saying: Here is the reason everything is OK ❤️ Please don't worry. I'm peaceful and will do all that needs to be done to make DECIEM stronger. Side note: NIOD's upcoming Modulating Glucosides calms things down and does not "bleach" the skin. I'm sorry that I may have caused confusion about its function which I had described in more detail in a video with lovely @nadinebaggott. MG has been delayed because of all the unjust distraction here that's not letting me focus on anything well.

Finally ending the instagram rant sauga with, "There's news. In short, big brands like to keep their social channels looking pristine. You can read about it here: http://u.deciem.com. I will continue to do the opposite. Manicured reality isn't reality at all."

There's news. In short, big brands like to keep their social channels looking pristine. You can read about it here: http://u.deciem.com. I will continue to do the opposite. Manicured reality isn't reality at all. - BT ❤️🌎