These two love birds were seen partying at The Nice Guy in Hollywood. 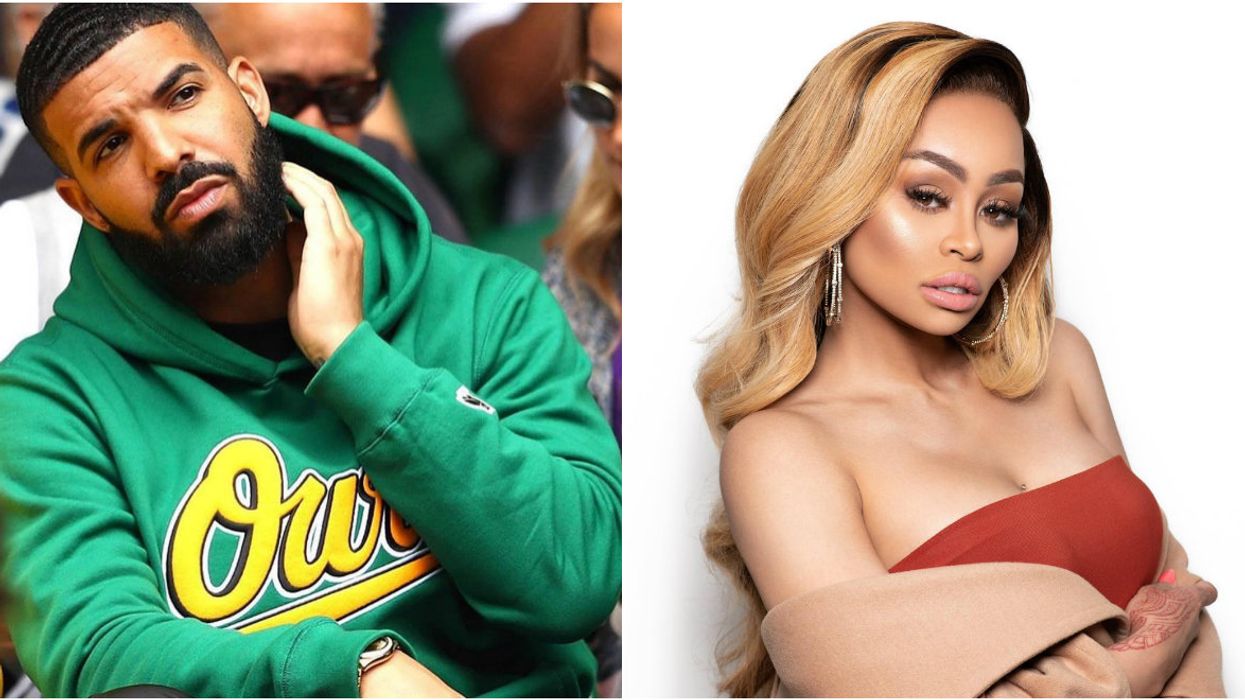 Move over Keke, it looks like there is a new girl in Drakes life! The Canadian musician was seen partying in Hollywood last night and he was hanging out with someone new.

Both Drake and Blac Chyna were spotted leaving the west Hollywood hot spot,  The Nice Guy, very shortly after one another. The pair were out until the early morning when Drake was seen leaving around 5:00 AM and Chyna followed behind a few minutes later.

Drake and Blac Chyna party hard as they leave club at 5am - Metro https://t.co/XWkBit5ok3

Drake Spotted Leaving The Club With Blac Chyna — Are They Dating? https://t.co/oc8KbnqZWh pic.twitter.com/DB0A58t2S4

What made the paparazzi suspicious was Chyna attempting to hide her face after leaving shortly after the Canadian rapper.

According to patrons inside the club, the two celebrities were seen talking all night long in the VIP section. While it may be surprising to some, these two have a past that could lead to a decent conversation.

Drake actually rapped about Blac Chyna as far back as 2010 on his song "Miss Me," where he says "Call the King of Diamonds and tell Chyna it’d be worth the fight." The rapper also liked a bunch of Chyna's risque selfies back in 2014 when he and her then-boyfriend Tyga were feuding on social media.

Fans were quick to react when the news of the pair's club night broke and it's safe to say people are not happy about it. While some may not understand the pairing, other fans aren't sure if they want to support Drake if he's dating Blac Chyna.

One person actually pointed out that if Drake just had a son, he could be a baby daddy to Chyna next.

Drake really hanging out with blac chyna Adonis is about to be a big brother.

If @Drake is really dating #BlacChyna he is gonna lose me as a fan.

Drake had to take a break from Chyna at one point in the night because news broke that he met the man behind the latest internet trend. The rapper met the creator of the "Shiggy Dance," which uses Drake's song "In My Feelings."

Considering the two celebrities already have a history who knows where this will go. Let's just hope Drake's not going to have another kid any time soon.