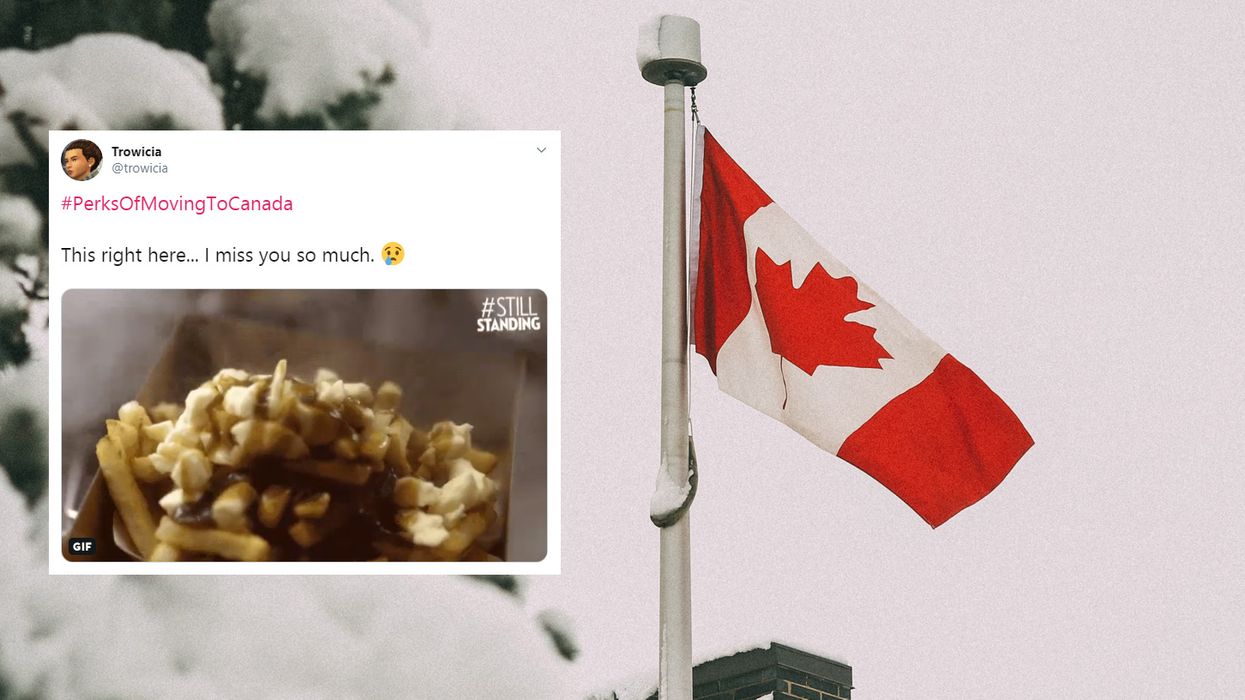 Living in the Great White North has its ups along with its downs just like any other country. However, if Twitter has anything to say about it, the good outweighs the bad. Perks of moving to Canada trended on Twitter recently and so many of the tweets are a little bit stereotypical but so funny at the same time.

On Twitter, trending topics are determined by sharp spikes in the number of tweets about a specific subject. When you have a lot of people tweeting about something in a short period of time you'll see a particular word, phrase or hashtag up on the trending board. That's what happened with the #PerksOfMovingToCanada.

The tweets raise some pretty valid (and hilarious) points about the benefits of living in our home and native land.

One perk that kept popping up in the trend is the weather.

Cold and snow might not be a pro for everybody — in fact, not even every citizen here loves the winter. But many people pointed out just how beneficial the cold climate can be.

"You don't need a beer fridge," one person said on Twitter, referring to when it snows so much that you can just keep your beer cold by putting it in the snow.

That's certainly one way to deal with snowfall, especially in cities like Vancouver where a winter storm has caused chaos this season.

Another person said, "You can have all 4 seasons in one day!"

There's also that classic Canadian politeness that we're known for.

Somebody tweeted that, "even our busses apologize when they aren’t running accordingly."

With some big names in the Royal Family now splitting time between Canada and the U.K., maybe this whole hashtag was a ploy to show Prince Harry and Meghan Markle how great our country is.

However, there's still a lot of stuff up in the air when it comes to the Duke and Duchess of Sussex moving here. For example, even the Prime Minister doesn't know how their security costs would be handled.

Nonetheless, people have cited it as one of the perks.

There are still even more reasons to move north of the border, like Canadian Tire money and even the metric system.

"Some people get edited out for time and content," one person pointed out, referencing Donald Trump being cut out of Home Alone 2 on the CBC.

Our country has a lot of unique treats that make living here so great.

So of course, no trend about why somebody should choose to move here would be complete without poutine.

Those fries, gravy and cheese curds might just be the ultimate perk to moving here.

Canada isn't without its problems but most of the time the country is pretty great, even if it is sometimes the coldest place on earth.