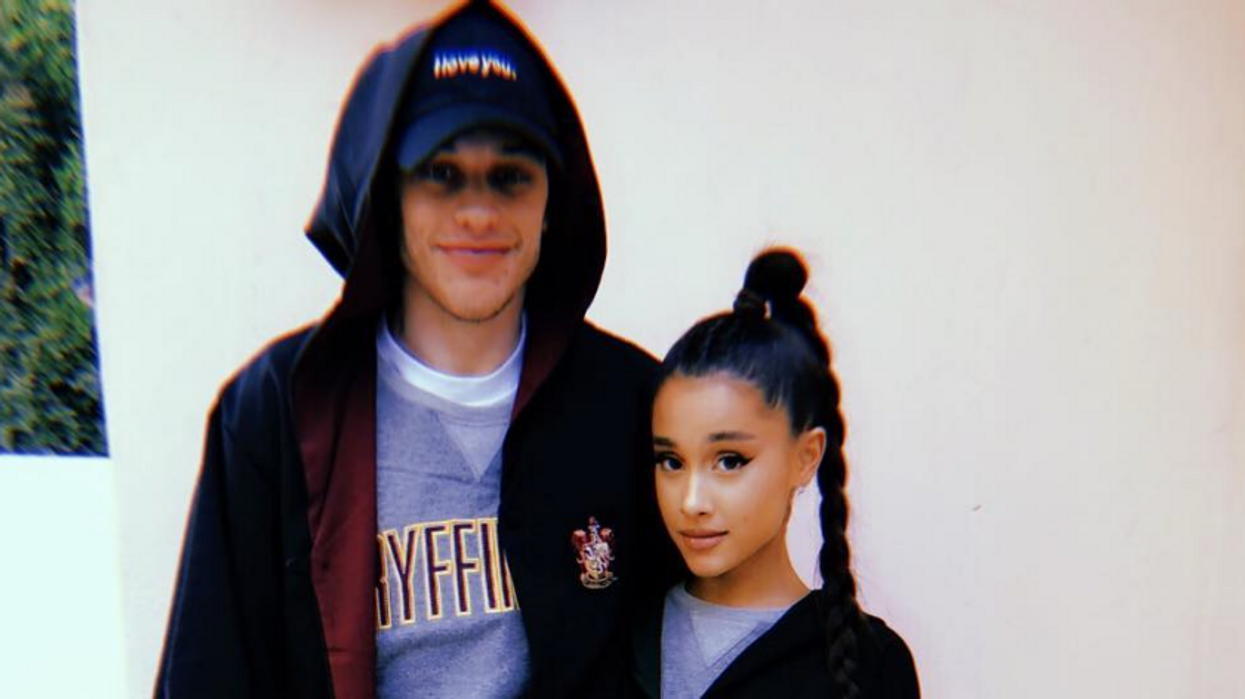 Ariana Grande and Pete Davidson are still super in love and no one can stop them! Even though they've been really public about their romance on Instagram, they haven't kissed in public ever before!

Ariana just celebrated her 25th birthday on June 26th and she's currently promoting her upcoming album "Sweetener". Ariana and Pete have been on a winning streak. They've been celebrating all of these huge moments together and their relationship is stronger than ever!

Not only that, Ariana is also celebrating her brand new engagement to the love of her life, Pete Davidson.

Even though Ariana and Pete have been dating for a few months, they've been hesitant to pack on the PDA when they're in the public eye, that is, until today!

Pictures were just revealed that show Ariana and Pete sharing their first kiss in public and it's sooooo adorable! Ariana and Pete are seriously in love and they're done hiding their romance from the public.

This is the first time that Ariana and Pete have ever kissed in public and we don't see them slowing down anytime soon.