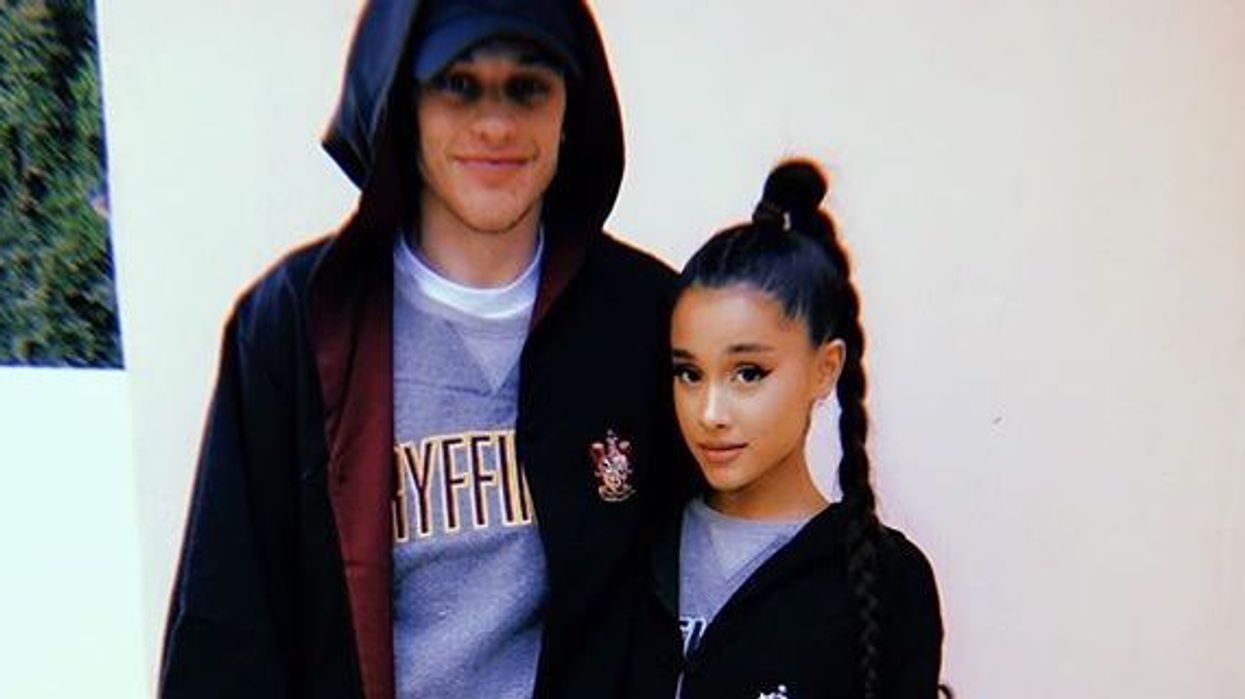 Well, it's official. Pete Davidson and Ariana are not only an item, but they must be deeply in love. I mean, that's the only logical reason why someone would get a tattoo for their significant other, right? If they're truly in love.

Yes, Pete Davidson literally just got not one, but TWO TATTOOS for his girlfriend, Ariana Grande and we're shook to the core. They've literally been dating for all of five minutes and Pete has gone and tattooed his body with some ink dedicated to Ari. We're not completely surprised considering Pete has ink all over his body, but still... they've been dating for like two weeks! The first tattoo is 100% dedicated to Ari. The tattoo is clearly the bunny mask that she wore on the cover of her 2016 album, Dangerous Woman.

There's no denying that this tattoo is definitely for Ariana. There's no if, ands or buts, this bunny tat is definitely Ariana. We can't believe that Pete would tattoo his body for Ari this early, but hey, I guess when you know, you just know. It seems like Pete and Ari are on cloud nine, so we're happy for them. The second tattoo is of Ariana's initials A.G. This tattoo could be anything. It doesn't necessarily mean that the tattoo is for Ariana, it could be for Pete's friend or a family member with the same initials.

But considering both photos were posted at the same time, with the same black and white filter - we're going to assume that these new tats are both dedicated to Ari.