A real scavenger hunt is taking place in Phoenix. 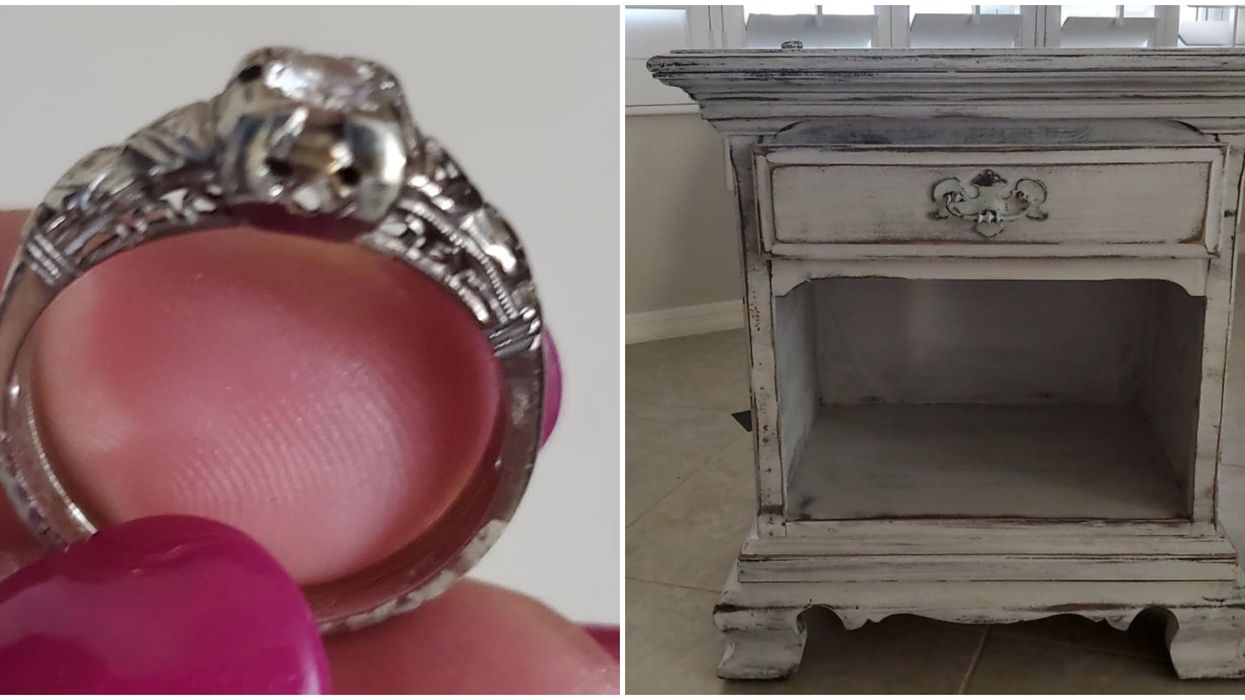 It's not often people get to partake in a real-life mystery, but that is precisely what this family is experiencing right now. When an antique ring was discovered taped to the underside of a table in Phoenix, the family decided to try to find the rightful owners. Now, the search is on to locate who the missing heirloom belongs to.

"I was surprised that the ring would be taped to the bottom of a piece of furniture," April Branger told Narcity.

Branger lives in Phoenix, Arizona, with her family. She recently purchased a small, refurbished table to put in her daughter's room, which they decided to redecorate.

She liked how it matched the mirror in her daughter's bedroom, so they bought it.

As they were getting ready to set it up, her husband found a ring taped up in the corner of the table's underside when he was sanitizing it.

According to April, she knew it was special right away. "When I started examining it and saw that there was an inscription on the inside with a date, I knew it was important to someone," she told Narcity during an interview.

They took to Facebook to try and locate the ring's owner, hoping someone would come forward with knowledge about the ring's past.

"I know that if it was my Grandma's, I would love to pass it down to my children," April added when asked what drove her to find the woman it belonged to.

Because you needed a fun story to take your mind off your lockdown. She found a stranger's antique wedding ring bec… https://t.co/uzjYuGEycN
— John D'Anna (@John D'Anna)1587049430.0

The response she received from Facebook was tremendous, with over 265k shares all across the U.S.

According to the Brangers, some people who think there might be a connection are checking family records to see if there is a possibility it belonged to theirs.

April works as a sales agent for Keap Software, and had started the redecorating project as a way to cheer her daughter up after her high school prom and (possibly) graduation had been canceled.

Instead, they got a little more of a project than they bargained for in the form of a real-life mystery.