Wait times are as long as 5 hours just for the drive thru. 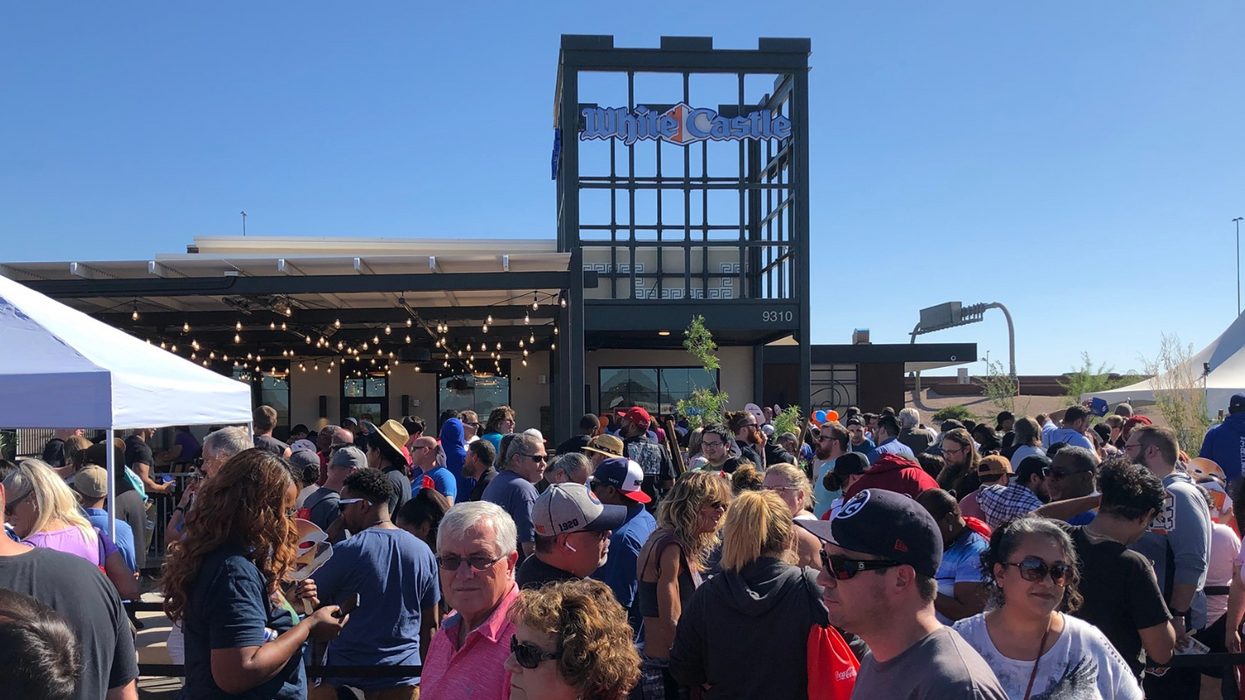 On October 23, Arizona's first-ever White Castle opened its doors to the public. The food chain is a 24-hour establishment, but due to high demand, it had to close early. White Castle made the announcement that it had to shut down early to restock.

According to ABC 15, an official White Castle spokesperson stated that the chain had to close its doors from 4:00 a.m. - 9:00 a.m. early Thursday morning. The fast-food chain is currently open and business is still booming. Usually, employees would have a chance to restock in the early hours after midnight, but due to ongoing demand, the chain will be shutting down daily at 1:00 a.m. to restock, according to AZ Central.

If you thought ordering inside the restaurant would take time, some people mentioned that wait times for the drive-thru are over five hours long.

One Twitter user tweeted, "If you're heading to Scottsdale today for the grand opening of the new White Castle (I've talked to a few people making the trip from Tucson) off Loop 101, the wait time for drive-through is over 5 hours, dining room about 7 hours."

White Castle's signature sliders can be bought from select stores around the country. One Twitter user suggested, "If you really got to have it, I suggest the freezer section at your local market. Otherwise, you may want to wait until they build more locations. *sheesh*"

Opening day at White Castle in Scottsdale there’s a four hour wait it’s going to be worth it @ Scottsdale, Arizona https://t.co/zmJe4q6KDL
— johnradeke (@johnradeke)1571876228.0

Another Twitter user uploaded a video of the long lines from last night. We're not even sure if they made it inside yet.

If you thought it wasn't that bad some people mentioned cops were there to control the flow of traffic. One Twitter user said, " I just witnessed what I think is American stupidity first hand. Scottsdale just opened a White Castle. Since about 10 this am and it's now 8 p.m., people have been lined up in cars for miles and miles to get a White Castle. They had to have cops for traffic control all day."

Scottsdale, Arizona's first-ever White Castle will be open daily and is located on East Vía de Ventura. Whether you're a fan of the chain or not, it's definitely worthwhile to see how people feel about this chain. Some people love it and others not so much.