One person said she's taking off work to stand in line forever. 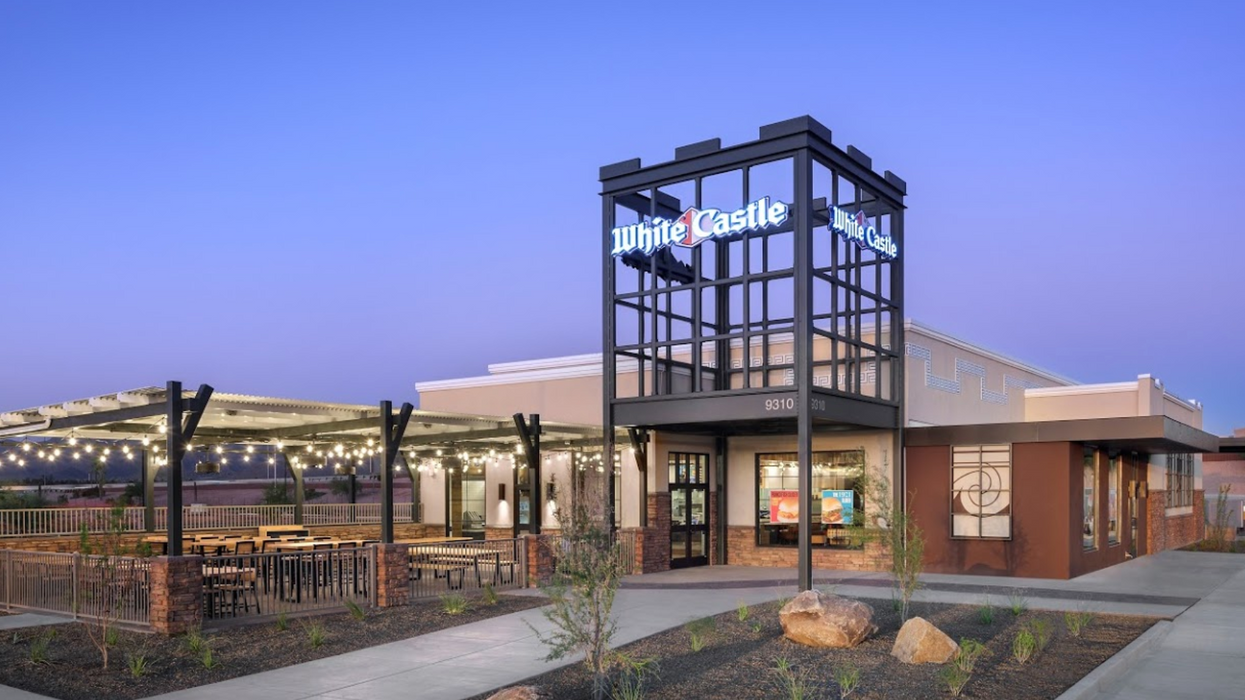 Back in 2018, White Castle announced the opening of its first-ever White Castle restaurant in Arizona. The chain will have its grand opening tomorrow and it's literally the buzz around town. The fast-food joint is set to open first thing at 8 am and peoples' reactions are quite entertaining.

If you haven't heard White Castle is a hamburger fast-food chain that's most prominent in the mid-west. You can even buy frozen versions of their hamburger sliders at select stores around the US. It's one of their most popular menu items.

There's even a Facebook group page "White Castle is Coming to Arizona" and it has over 1.6 thousand members. One Facebook user wrote, "We've been camping out since Saturday the DJ and all the booths are getting set up this is going to be a fun next couple of days! #StormingTheCastle."

The couple, Jamie and Drew, who have been camping outside the chain since Saturday came prepared with a crown, toy swords, and a shield, according to an interview conducted by AZ Central. Jamie even went on to confess, "I have a bit of a White Castle obsession."

Although the restaurant is set to open on October 23, it hasn't stopped other people from saying that they're ready to stand in line for the grand opening.

One person commented on Facebook, "I'm so excited. Taking the day off to come stand in lines for forever. It will be worth it." With another writing, "IS it October yet???!! 23 years of begging paid off, lol!!!"

All we know is that some people seem pretty hyped about the opening. Others, on the other hand, aren't very thrilled.

One twitter user tweeted, "My bf is soooo stoked that Arizona is opening their first White Castle and I just cannot get behind the hype... that stuff tastes like 💩  to me lol."

One Reddit user went as far as to say, "Man! I can't wait to be disappointed!" Another user replied with, "As someone from Philly who used to get white castle a couple times a year get ready! It's worse than expected."

People getting fired up about White Castle coming to Arizona must be forgetting that @Whataburger has been here for decades. We're already set. 🍔

They are both overrated…People only like those places after a night of drinking, I think that makes a statement about the quality of product they offer.

There's even an aerial video of the new restaurant. News stations and employees can be seen setting up in the parking lot and roaming around the new building.

Whether or not you're a fan of White Castle, it's probably a good idea to wait out the long lines and go to one of these romantic spots instead. Your SO will greatly appreciate it, unless they're obsessed with White Castle burgers.