It wasn't exactly a beach vacation. 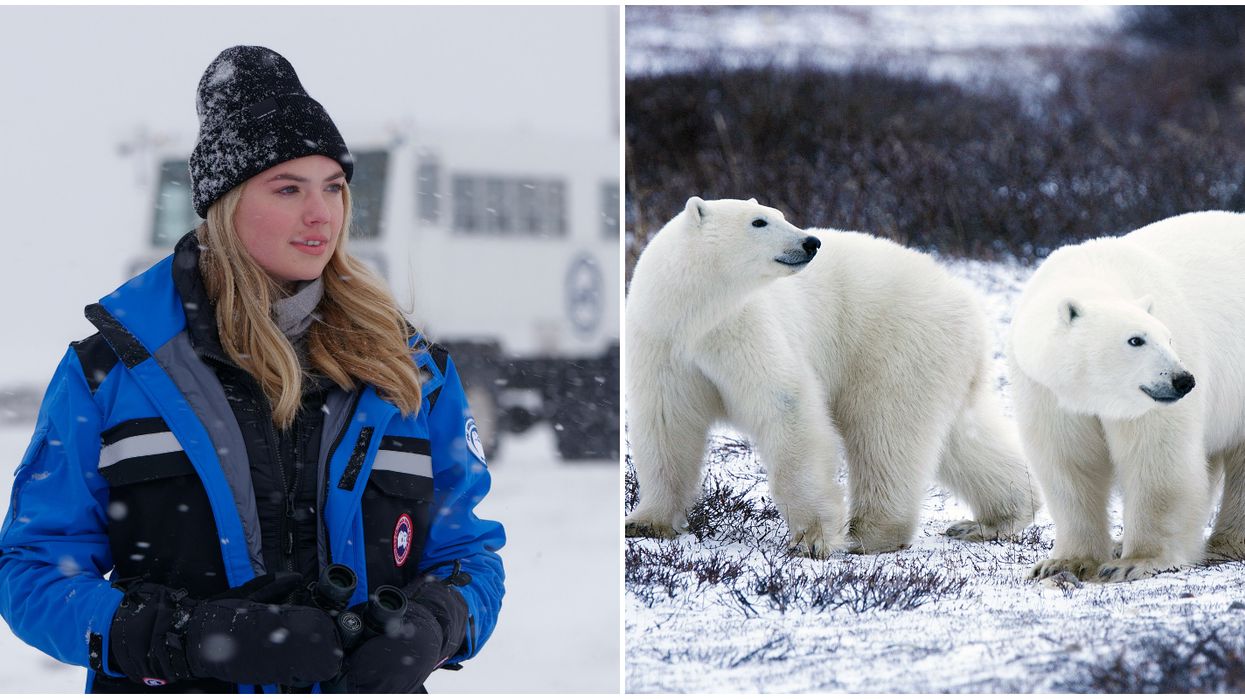 November may be a month without any stat holidays (at least for a lot of Canadians out east), but it's also a month when people can celebrate one of the most beautiful animals on the planet. That's because Polar Bears International has declared November 3 to 9 as Polar Bear Week, and this year a famous supermodel made her way to Canada's polar bear capital to help kick things off.

"So far, more than a thousand visitors have passed through the house and we've received heartening feedback on the hope and inspiration it provides," Krista Wright, Executive Director of Polar Bears International said in a release. "The centre lets people learn about polar bears, polar bear research, and the role each of us plays in polar bear conservation."

The new centre was made possible by contributions from several different donors, including a $1 million donation from Dani Reiss, the CEO of Canada Goose, who was also in attendance for the facility's opening.

Also in attendance was Kate Upton's husband, Houston Astros pitcher Justin Verlander, whose team had just been defeated in the World Series by the Washington Nationals.

Churchill's mayor, Mike Spence, was also at the opening of the new facility. "We congratulate Polar Bears International on the grand opening of their new PBI House and welcome their long term investment in Churchill," Spence said, according to a news release.

"Together, with partners like Polar Bears International and the broader scientific community, Churchill will continue to lead the way in sustainable growth."

Polar Bear Week continues until November 9, with plenty of other great tools for people to check out, including an augmented reality experience that puts users right in a polar bear's natural habitat.

Canada, of course, has plenty of experience with polar bears, considering that it is home to the most polar bears in the world. Sometimes a polar bear will even run across a baseball field. However, they can sometimes pose a threat to humans, especially in Nunavut, where wild polar bears forced one community to have an indoor Halloween.

Disclaimer: Cover photo on the right used for illustrative purposes only.