There has not been a confirmed sighting of the pair in 8 days. 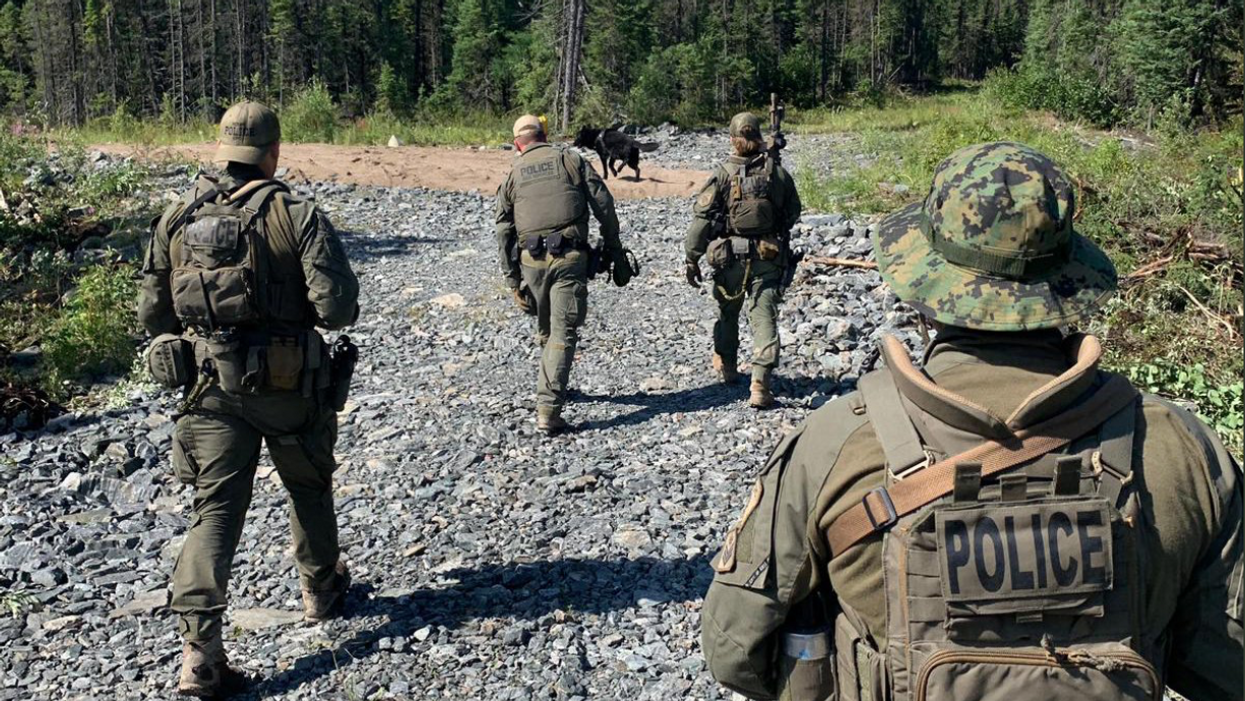 The RCMP confirmed on Tuesday that they are calling off their search for two missing BC teens in York Landing, Manitoba. The search is for Bryer Schmegelsky and Kam McLeod, who are suspected of a triple-murder. The announcement comes as their search enters its eighth day, with no confirmed sightings of the pair in over a week.

Police announced on Twitter that resources would be pulled out of the town on Tuesday, after starting to search the area over a week ago. The police were drawn to York Landing last Sunday, after a “credible tip” from an Indigenous watch group that suggested a sighting of two men matching the description of Schmegelsky and McLeod in a dump yard.

Despite heavy police presence in the area, and the deployment of multiple resources, including a canine team and the Royal Canadian Air Force, police found no signs of the pair in York Landing.

In a series of tweets, RCMP Manitoba wrote, “The heavy police presence in York Landing has been withdrawn & policing resources in the community will return to normal. The RCMP thanks the community for their patience & understanding.”

RCMP continued, "RCMP resources remain in the Gillam area and will continue to conduct searches in high probability areas for any signs of the suspects. The search of remote areas is being conducted both on foot and in the air."

According to Cpl. Julie Courchaine, police were not able to substantiate the tip in York Landing, and they found no signs of the individuals during their search of the area. Courchaine also noted that police could not confirm whether or not the men spotted at the York Landing dumpsite was actually Schmegelsky and McLeod.

RCMP resources remain in the Gillam area and will continue to conduct searches in high probability areas for any si… https://t.co/vsiotp70V7
— RCMP Manitoba (@RCMP Manitoba)1564513590.0

Before York Landing, the focus of the search had been in Gillam, where a vehicle believed to have been used by the pair was found burned out. This was also the last confirmed sighting of the duo.

RCMP also tweeted to note how they had received nearly 300 tips related to the men in the last five days, but nothing to convince them the paid had left the Gillam area.

Investigators have now received over 260 tips in the past 7 days. None have established that the suspects are outsi… https://t.co/5CiumrMguG
— RCMP Manitoba (@RCMP Manitoba)1564514016.0

RCMP also tweeted to note how they had received nearly 300 tips related to the men in the last five days, but nothing to convince them the paid had left the Gillam area. A former commissioner of the Ontario Provincial Police, said “they may be dead, they may have fled the area. They may have hunkered down in a cabin. We don’t know.”

Schmegelsky and McLeod have been charged in the death of Leonard Dyck, and are also believed to be involved in the deaths of Australian/American couple Lucas Fowler and Chynna Deese, who were fatally shot on the Alaska Highway in northern B.C. The two Port Alberni men were originally thought to be missing people; however, when their burned-out vehicle was found in proximity to the victims' bodies, police issued a statement confirming the pair were now suspects in three murders.

The two young men continue to escape police capture and have not been officially sighted in over a week. They are believed to be armed and extremely dangerous.