It's going to make the entire area unrecognizable. 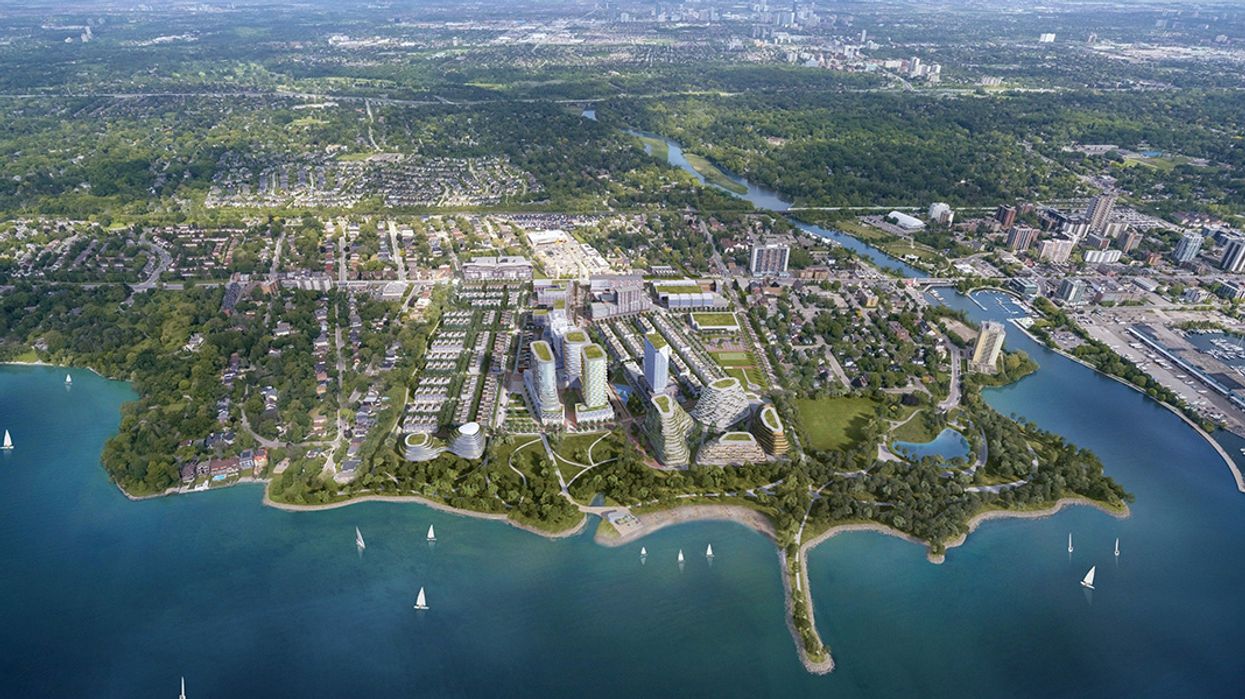 Port Credit in Mississauga is officially building a new neighbourhood. There has been a 72-acre plot of industrial land sitting vacant on the waterfront for about 30 years. Now, redevelopment efforts will transform the area into a neighbourhood called Port Credit Brightwater, complete with retail spaces, a waterfront park, offices and condos.This is expected to boost the residential population of the area by 55%. 150 of the units will be saved for affordable housing.

“I am pleased that we are moving forward with next steps to revitalize these former brownfield lands into a vibrant waterfront destination that will attract residents from Mississauga and beyond,”  said Mayor Bonnie Crombie. The new neighbourhood, which will be called Brightwater, will also be getting a new school with room for up to 650 students, as well as a YMCA, says the developer's press release. It will also feature a pedestrian-friendly design along with a bike lane.

Renderings of the transformation have been provided to Narcity by developers DiamondCorp, Dream Unlimited Corp, FRAM+Slokker and Kilmer Group.

2,995 new residential units will be added in a mix of housing forms, including condos and townhomes, says the news release.

There will also be more than 18 acres of new parks and open space, including a 10-acre waterfront park that will connect to the existing waterfront trail.

Mississauga city council approved future development plans for the project at 70 Mississauga Road and 181 Lake Shore Road East on Wednesday, July 31. Next, the plans will have to be approved by the Local Planning Appeals Tribunal on August 7 before the development can commence in full swing. If fully approved, construction will begin in 2020.

Mayor Bonnie Crombie tells CTV News that the new development could lead to greater traffic congestion in the area, but public transit services will be expanded to accommodate the influx of new residents. This could include running shuttles directly to the Port Credit GO terminal, says Mayor Crombie.Construction of this incredible project is set to take 10 years.