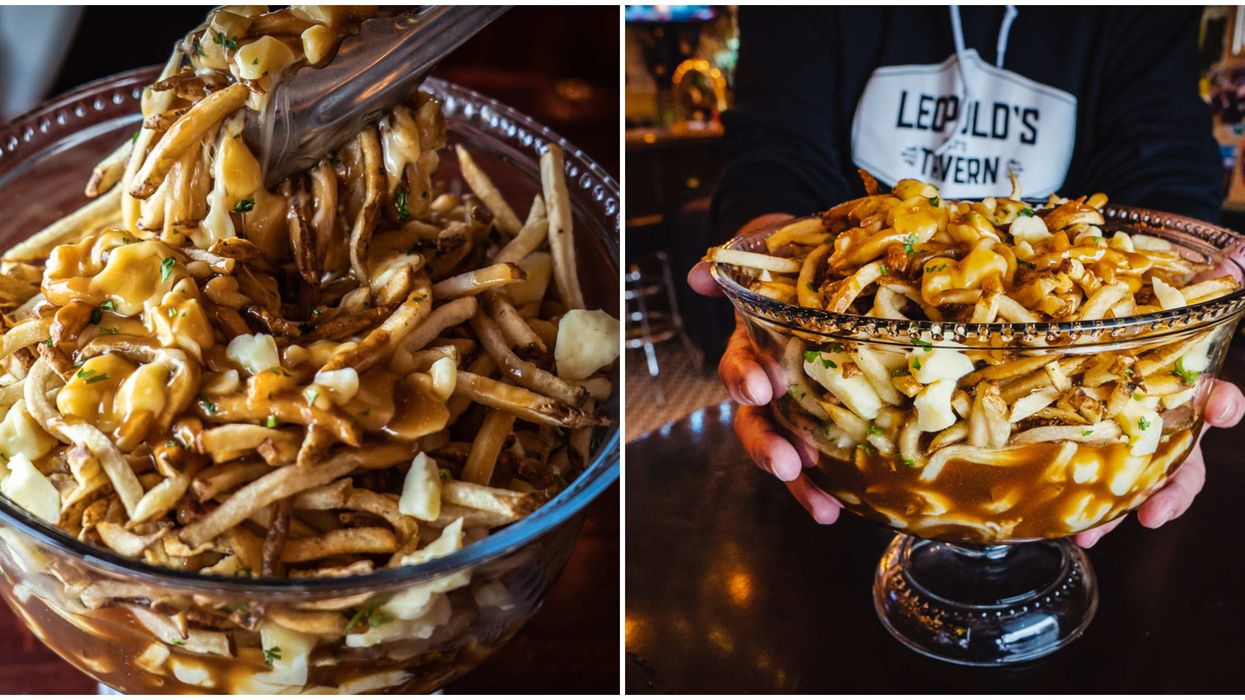 Few things in life are as Canadian as poutine. A shared love of fries, curds, and gravy unites our country from sea to shining sea. Leopold's Tavern is keeping what it means to be Canadian alive with their excruciatingly large eats in the prairies. They're bringing their poutine punchbowls to B.C. for the first time ever.

While they already have locations in Manitoba, Saskatchewan and Alberta, they're finally coming to the West Coast.

They'll be opening in Victoria, B.C., and the goal is to start serving poutine as early as May 2020 and they've already broken ground.

Narcity spoke with their Regional Manager in Calgary David Sauvé to get the inside track on the upcoming location.

The seaside provincial capital is the perfect spot for them to launch in B.C. because "it’s got that small city vibe to it and that’s what we’re about, we want to be involved in a cool area where we can give back to the community. We love that gang, Victoria fits our brand well," said Sauvé.

The new location in Victoria will have the same punchbowl poutines that you can get at any of their other locations.

They have about four pounds of potatoes, one pound of cheese curds, and a litre of gravy on top.

There are a few flavours to choose from like traditional, Philly cheese, buffalo chicken ranch, and cheeseburger.

Even vegans can get excited by this new spot they have plant-based poutines on the menu, too.

The poutines are insanely large. "It’s pretty excessive," said Sauvé. "Not everyone finishes, we’ve had a couple of people do it on their own which is insane."

But there are those brave souls that order it themselves.

While most solo attempts fail or only finish the half, there are others who have come in and done the impossible.

Sauvé said some people come in to make the attempt and the staff think, "there’s no way they could finish it...and they crush it," and surprise everyone.

Do you want to try and crush over five pounds of poutine? We definitely recommend bringing a friend or two with you.

They will open a new location in Edmonton this summer, too.*

We can't wait to try it in B.C. for the first time ever when they finally open in Victoria later in 2020.

Why You Need To Go: Tackle the beast yourself and see if you can finish an entire punchbowl filled with poutine.