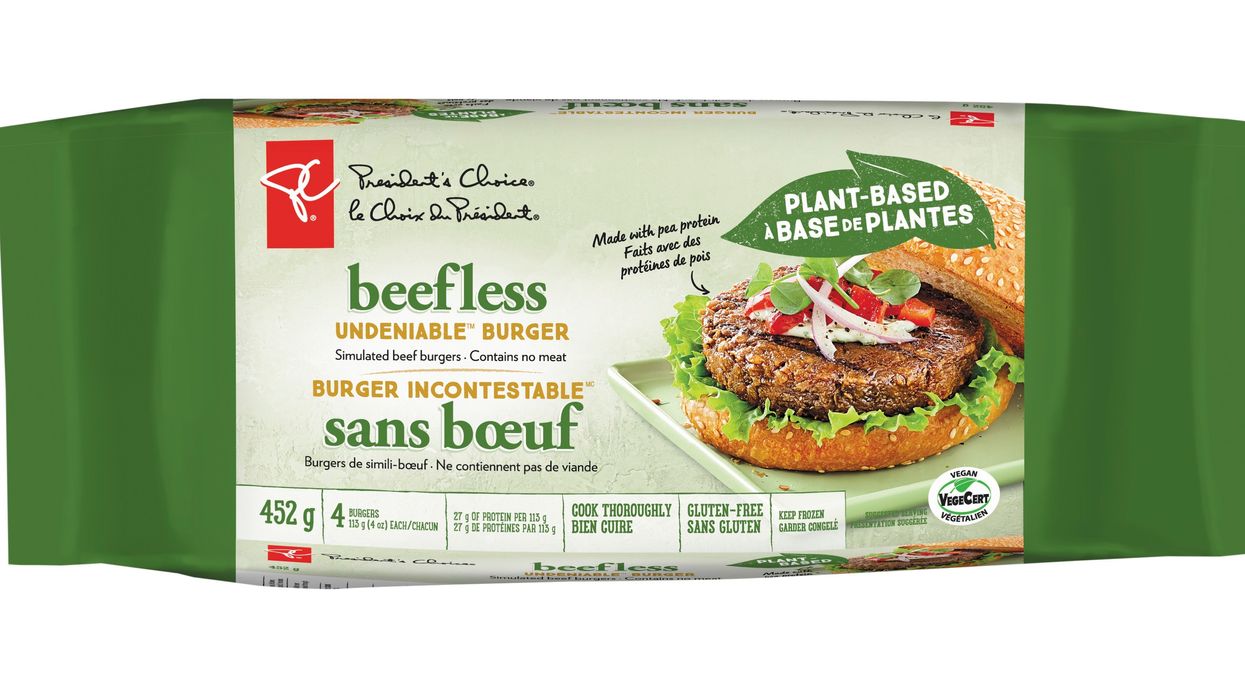 Recently, fast food chains have been getting in on the plant-based trend, such as A&W with their Beyond Meat burgers and Tim Hortons with their new Beyond Meat breakfast menu. Now, Canadians have a new plant-based alternative they can choose from that is available in grocery stores.

Just in time for summer, President's Choice has launched an all new plant-based collection. You'll be able to enjoy plant-based burgers, vegan cheesecakes and more! Some products are already available in grocery stores across the country.

So where can you find these new PC plant-based products? They are now being sold at stores across Canada where President's Choice products are available, such as your local Loblaws, Real Canadian Superstore and No Frills locations, according to a news release sent to Narcity.

The following products launched this past long weekend and are now widely available in stores. Here's what you can expect, according to the news release:

Not only this, but President's Choice will be releasing even more plant-based and vegan products later this summer in mid-June.

It gets even better! These plant-based products will be offered for affordable prices, so there's no reason not to try them. For instance, the pack of burgers will cost $9.98, and you'll get four patties, which mean each burger will only cost you around $2.50.

So if you're looking to have a plant-based meal tonight, you know which grocery store to hit up.