Does the Ontario Premier fancy taking on Trudeau's job? 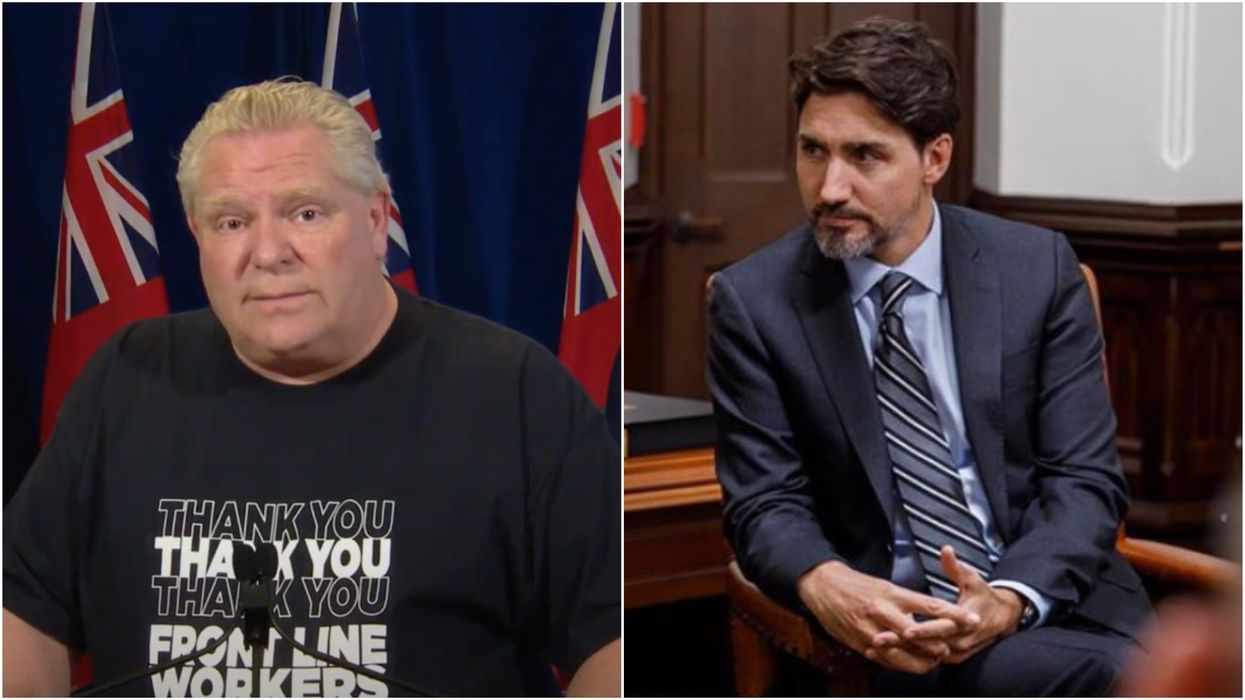 Could Doug Ford be interested in Justin Trudeau’s job? During his daily press conference on Saturday, the Ontario premier was mistakenly referred to as “Prime Minister Ford,” and by the sounds of his response, he doesn’t mind this title! In fact, the premier simply said he’s not the prime minister … yet.

Since the beginning of the pandemic in Ontario, Premier Doug Ford has been taking part in a daily press conference, to keep residents of the province informed on the latest COVID-19 developments.

However, the premier became a little bit sidetracked during his address on Saturday, as he was accidentally referred to as the prime minister by a local reporter.

“Hello, my question is for Prime Minister Ford ... ,” the journalist started, before she was cut off by the premier.

“Not yet!” responded Ford.

Smiling, he went on to explain, “You just called me prime minister … and I said ‘not yet.’”

The premier’s response has left some Canadians wondering whether he is interested in Justin Trudeau’s job.

Responding to Ford's ambigous comment, one Twitter user wrote, "The day Doug Ford is elected PM is the day I move out of the country ..."

On the other hand, another Canadian tweeted to say, "Now THAT would be a breath of fresh air!"

Reporter: This question is for Prime Minister Ford Ford: Not yet The day Doug Ford is elected PM is the day I move… https://t.co/exxk436Mh5
— Danika Dragomir (@Danika Dragomir)1589046522.0

This isn’t the first time that Doug Ford’s daily press conference has got people talking.

When talking about Toronto’s anti-lockdown protests, the Ontario premier referred to activists as a “bunch of yahoos,” which has since become a popular phrase across the country.

So much so, that the comment was remixed into a song on YouTube, by the same creator who remixed Trudeau’s “speaking moistly” moment.

Despite the speculation, it seems the reporter’s mislabelling could simply have been a minor mistranslation.

In French, ‘Ontario premier’ becomes “premier ministre de l’Ontario.” Regardless, it seems the mini-mishap has caused quite a stir.

For now, Ford has not provided any further clarification on his comments.