Sophie is also feeling much better. 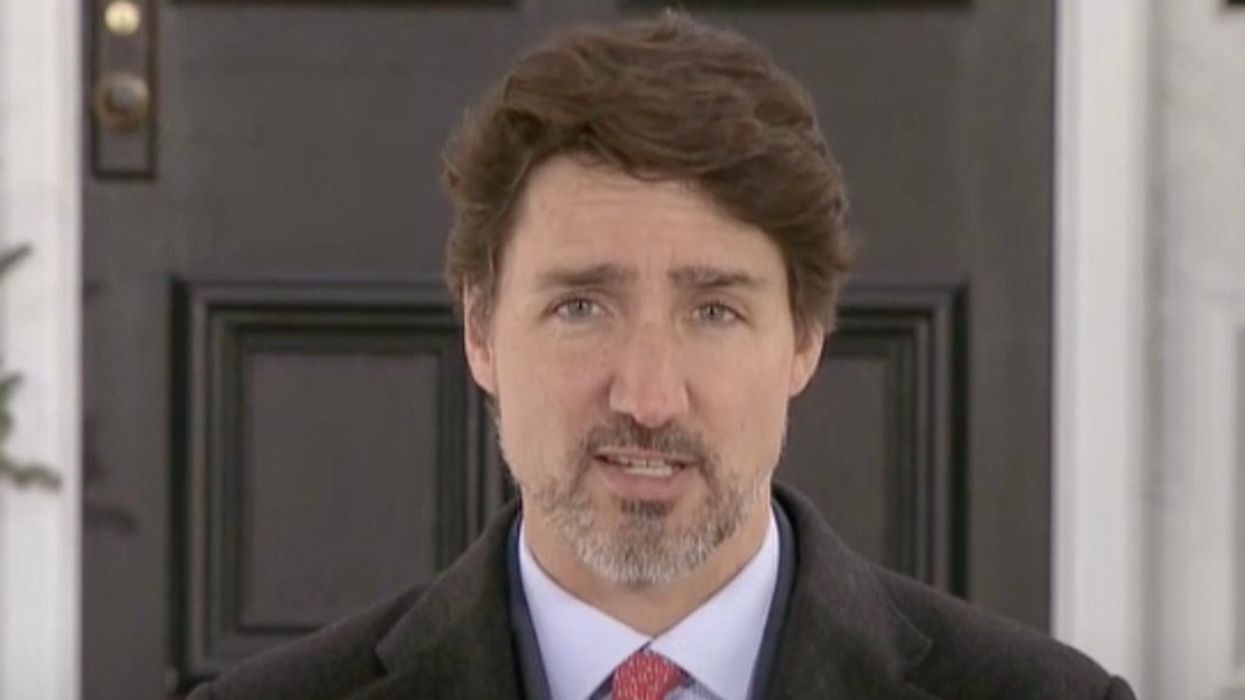 Even the Prime Minister has to follow the rules. After his wife was diagnosed with COVID-19, Prime Minister Justin Trudeau went into a 14-day self-isolation period. That's about to end, but he's still listening to the experts.

During his March 25 update on the coronavirus, Trudeau gave an update on his wife and kids, as well as his own state of health during his isolation period.

"Sophie is feeling much, much better," he said in French, "and the children and I still have no symptoms."

The Prime Minister concluded by saying that if anything changed he would let everyone know.

Sophie Gregoire Trudeau's diagnosis was first confirmed on March 12. She was tested after experiencing flu-like symptoms, following a trip to the United Kingdom.

At that time, the Prime Minister also announced that he would enter a 14-day period of self-isolation.

He also said that he had not been tested for COVID-19 himself, as he was not currently exhibiting any symptoms.

Trudeau has been providing daily updates in front of Rideau Cottage. From there, he has also been conducting all of his meetings through teleconference.

The Prime Minister has taken a stricter approach to addressing the need for social distancing, saying that not doing so would have "serious consequences."

In today's update, the Prime Minister announced that anyone who has lost their income due to the outbreak is eligible to receive $2000 a month for 4 months.

Earlier this month, we asked all travellers to self-isolate when they returned to Canada. Today, we are making this… https://t.co/9pHwWLDeQa
— Patty Hajdu (@Patty Hajdu)1585152659.0

Canada will now also be imposing mandatory self-isolation periods for any returning travellers. There could be serious fines and penalties for anyone found breaking the rules.