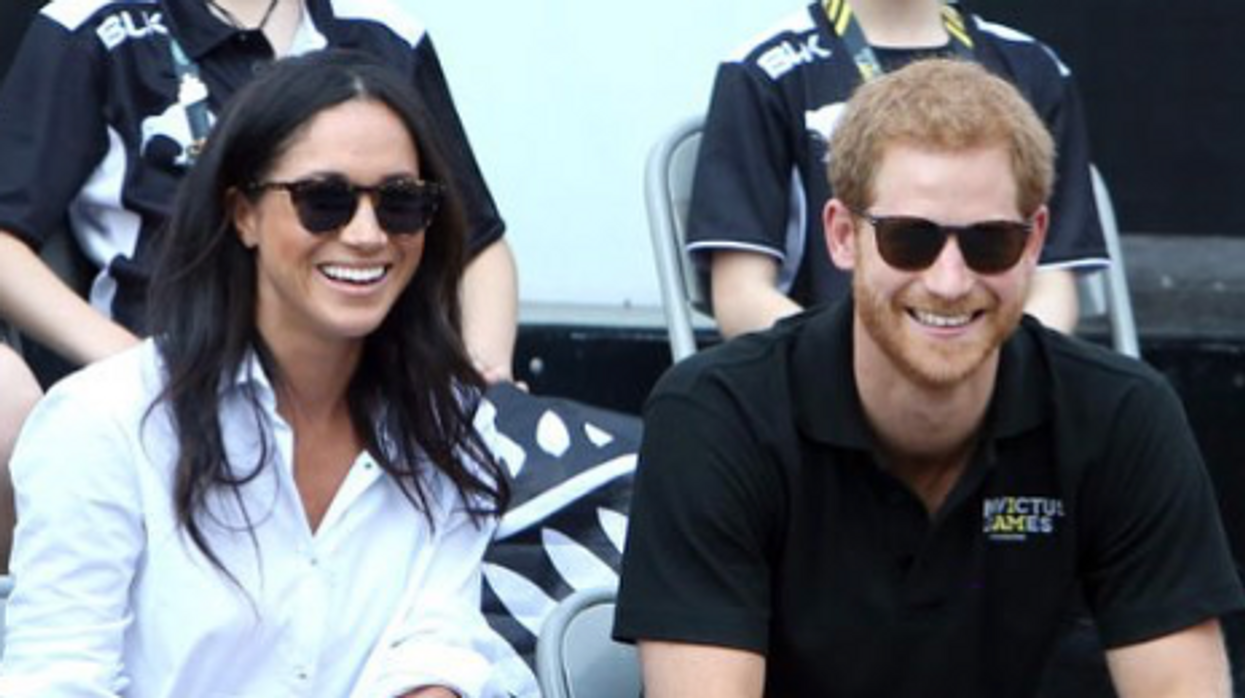 It happened!! After nearly a year of dating under the radar (or atleast trying to) Prince Harry and Meghan Markle made their first official outing as a couple in Toronto at the Invictus Games. Throughout their relationship, the two have been rarely photographed in public together. This past Monday marks the first time the two were photographed side by side, like a real couple.

#PrinceHarry and #MeghanMarkle are done keeping their relationship under wraps! 💙 The couple looked happier than ever as they attended the #InvictusGames together. (📷: Getty Images)

A post shared by Entertainment Tonight (@entertainmenttonight) on Sep 25, 2017 at 3:12pm PDT

The two were on route to a wheelchair tennis match when they were met by applause by spectators, no doubt excited to see the Suits star - Toronto royalty in her own right - and Prince Harry. The two dressed casually - Markle in jeans and a blouse & Harry in a t-shirt and trousers - but all eyes were indefinitely on them.

Excited spectators weren't the only ones thrilled at the adorable couple as photographers flew from England to Toronto for a chance to snap the couples "first appearance photo", knowing it would sell to magazines for somewhere between $60,000 and $123,000. The two were a delight to watch, giggling, smiling and holding hands throughout the match.

While the pair's engagement is still pending, we can't help but think it might be right around the corner.