Madonna wants to sublet her NYC place to the couple. 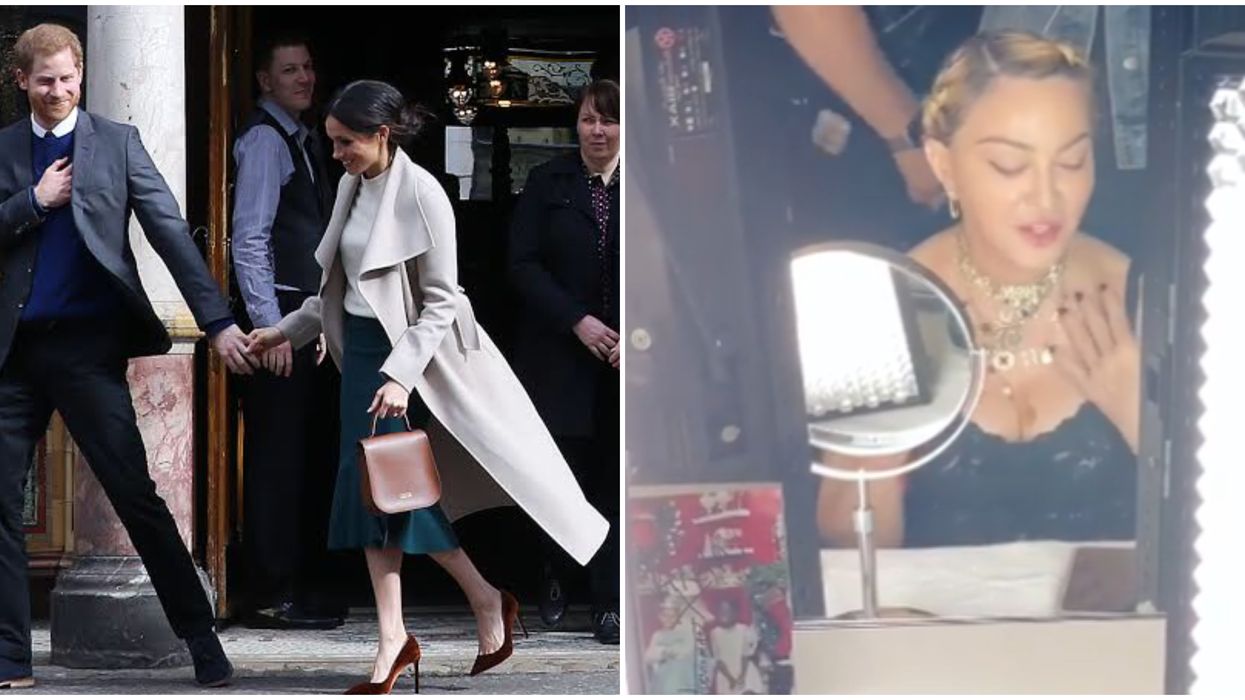 Following Meghan Markle and Prince Harry's big announcement to step down as royals, many people are weighing in on the couple's new reported country of residence. One superstar took to Instagram to persuade the couple to head south of the border instead. Madonna says Prince Harry and Meghan Markle can sublet her NYC apartment because, in her opinion, Canada's "so boring."

A video posted to Madonna's Instagram page shows the singer sitting in front of a mirror and offering up some advice for Harry and Meghan. The superstar is currently on her Madame X tour in London.

"Don't run off to Canada," she said in the video. "It's so boring there. I'll let them sublet my apartment on Central Park West."

Madonna believes her apartment in NYC is a "winner" and a "deal-breaker" for the couple because of its incredible view of the city and balcony.

Despite her views on the true north, Canada is definitely a winner too. Responding to someone talking behind the camera, the singer said, "it's a bunch of guys in woolly hats."

Madonna captioned her Instagram post with, "do Megan and Prince Harry want to sublet my apartment on Central Park West??"

At the beginning of January, the couple announced that they would be stepping back as senior members of the royal family and splitting their time between the U.K. and North America.

The announcement came after they spent the Christmas holidays in B.C.

The couple has been spotted in Canada several times recently. Meghan has visited multiple charities in B.C. and Harry even flew into the province on a WestJet flight.

Whether or not the couple will take Madonna up on her offer remains a mystery. All we know is that the couple's SussexRoyal Instagram account hasn't yet liked or commented on the video.

Canada may be boring to some, but hey, its people aren't so bad.