It's their first time spotted in Canada together since leaving the throne. 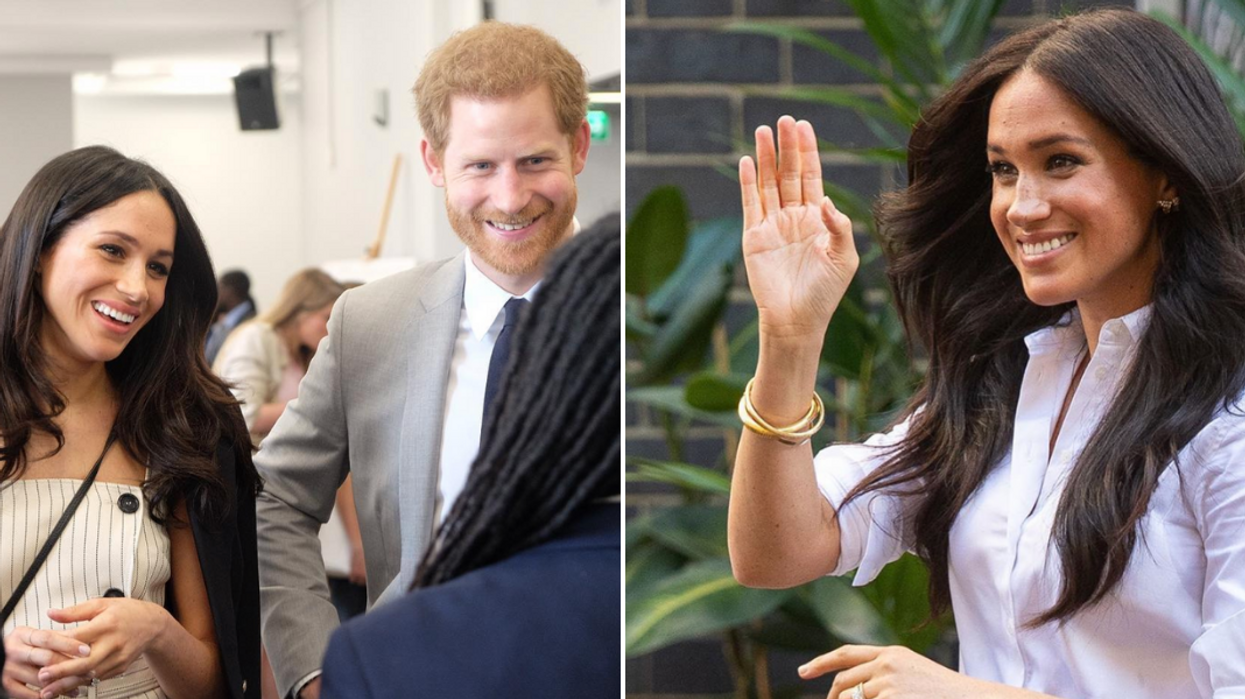 In photos obtained by the Daily Mail, the two were seen stepping off a flight that landed at Victoria International Airport in B.C.

With the Duchess of Sussex leading the way, followed closely behind by her husband and their security outfit, the celebs sported wide smiles and casual outfits.

Markle wore a light black jacket overtop a striped button-down tucked into skinny jeans. She accessorized with a pair of sunglasses, a blue duffel bag, and a laptop case tucked underneath her right arm.

Harry matched his baseball cap and Adidas sneakers with a grey pullover sweater and jeans while lugging his carry-on across the tarmac.

Baby Archie potentially sat this trip out as he wasn’t seen alongside his parents.

They were returning from their trip to America, where according to E! News, they were spotted in Miami, Florida at an exclusive "investment summit sponsored by JPMorgan" on February 7. The Duke apparently also made a speech.

USA Today reported that the couple made a quick trip to Stanford University in Alto, California where they met with prestigious professors. According to the outlet, they were in meetings regarding the expansion of their charity organizations.

Since their Royal exit, Markle has gone on to make appearances at various women's organizations in B.C., while Harry was spotted during his return to Canada on a WestJet flight.

However, these photos mark the first time the couple has been spotted in the country together since the Prince left his homeland in order to reportedly sort out matters with his family.

Although the Duke and Duchess have stated they will be splitting their time between the U.K. and North America, it has yet to be confirmed whether or not B.C. will remain their place of residence in Canada.