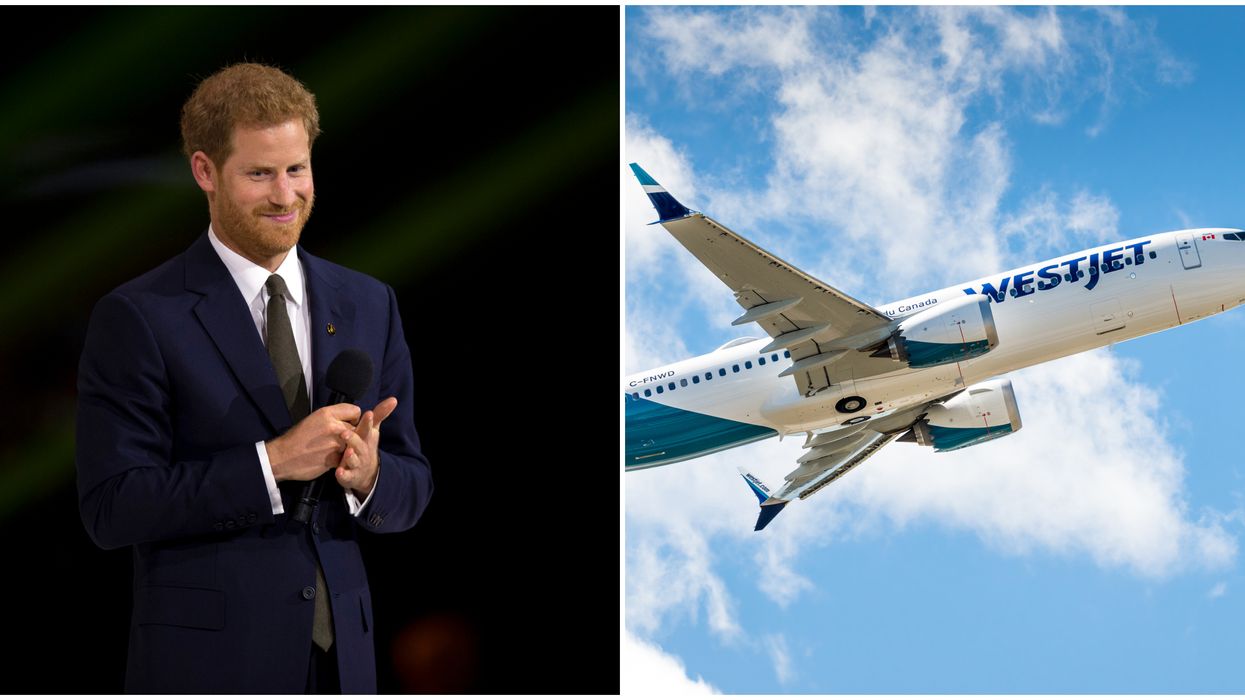 One of Vancouver Island's newest visitors has just touched down and to make it truly Canadian, he actually travelled with one of our national airlines. Prince Harry's WestJet flight is making waves across the country as people have a lot to say about him flying with the Canadian carrier. The Duke has officially landed.

On January 21, Sky News, a British news organization, aired a video of Prince Harry arriving in Canada on a nighttime flight.

The Duke of Sussex walked down the stairs from the plane, which had a massive WestJet logo on the side, and onto the tarmac where a car was waiting for him.

After Sky News posted the video on Twitter, Canadians were quick to react and post their own tweets about the former royal highness choosing the Calgary-based airline.

There were so many that it led to WestJet being a trending topic in Canada.

"Prince Harry really getting a taste of commoner life, hopping a WestJet flight to the island," one person said.

Another added, "he flew on WestJet? Wow, he really is giving up on the Royal perks."

"I wonder if he enjoyed them singing the safety announcement," someone else said.

Prince Harry really getting a taste of commonor life, hopping a WestJet flight to the island.. No first class on those Birds.
— TJ Connors (@TJ Connors)1579607253.0

Prince Harry flying WestJet to Canada is the biggest mystery of 2020. I wonder if he enjoyed them singing the saf… https://t.co/4UuyxXRxbF
— Rob Forsythe (@Rob Forsythe)1579608599.0

Prince Harry's arrival comes just a few days after it was announced that he and his wife wouldn't be working members of the Royal Family anymore, wouldn't use their "royal highness" titles and would be paying their own way.

With the Duke and Duchess choosing to split their time between Canada and the U.K., they have been spending a lot of time here lately.

Meghan Markle has already been on Vancouver Island with Archie for a little while as her husband stayed in the U.K. and she even visited a couple of local organizations that help women and girls.

They also spent more than a month in Canada at the end of 2019 with their son Archie on vacation before going back to Britain.

The couple's first official engagement of the new year was a visit to Canada House to thank them for the warm welcome they received while staying here.

They said their transition out of the Royal Family and split time between two countries "will enable us to raise our son with an appreciation for the royal tradition into which he was born, while also providing our family with the space to focus on the next chapter."

How much time the Duke and Duchess will be spending in Canada throughout the year or what their new financially independent lives will look like isn't yet known.