Priyanka Chopra and Nick Jonas are in India! 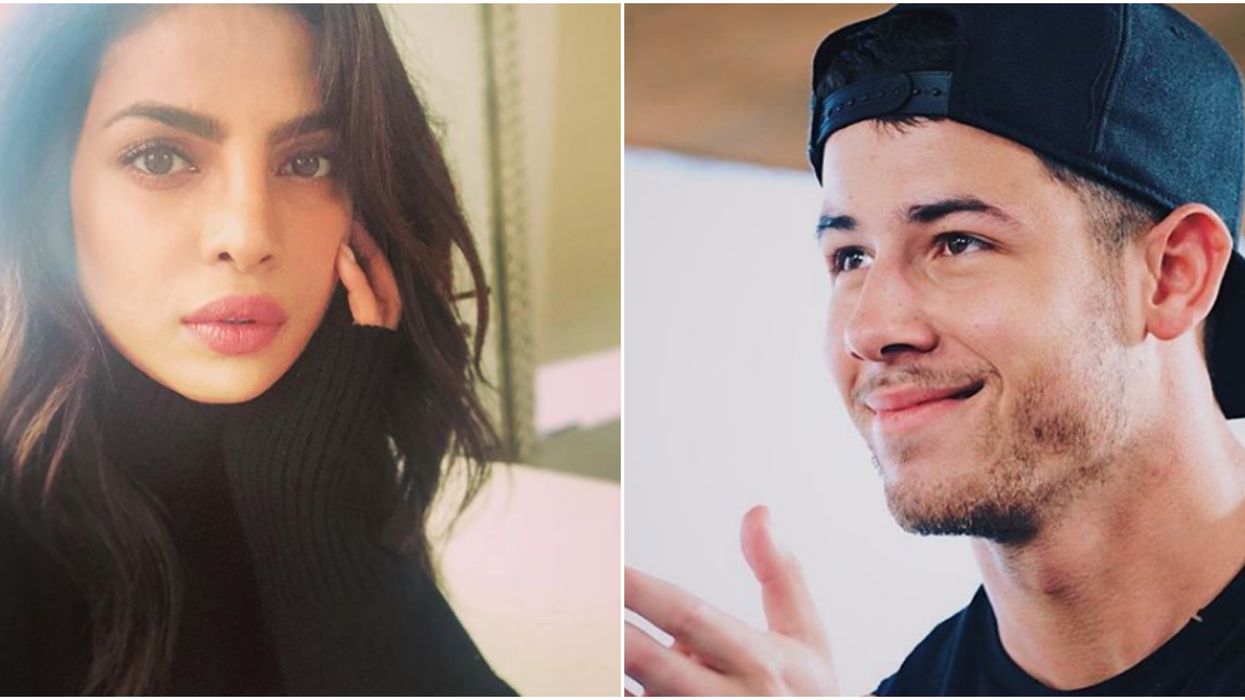 Jonas and Chopra's romance began only a few weeks ago when they began commenting on each other's Instagrams. It didn't take long for their online romance to turn into a full-fledged Hollywood romance! It all started when Nick Jonas commented on this photo on Chopra's Instagram with "That smile❤️". Next thing we knew, they were going to baseball games and boat parties together! They're so adorable!

Just last week, Nick Jonas posted this picture of Chopra on his Instagram and he had all of his followers swooooooning! We're so happy that Jonas is so head over heels with his new girlfriend! According to her Instagram, Chopra and Jonas are back in her country, India! We love that Jonas traveled all the way to India with his girlfriend!

While visiting India, Jonas and Chopra was spotted dressed up and going out! Chopra was wearing a beautiful bright red sari with silver embroidery and Jonas was right by her side in a formal blue suit.

The Hollywood couple looked amazing together on their big night out in India.