You'll wish they lived on your street! 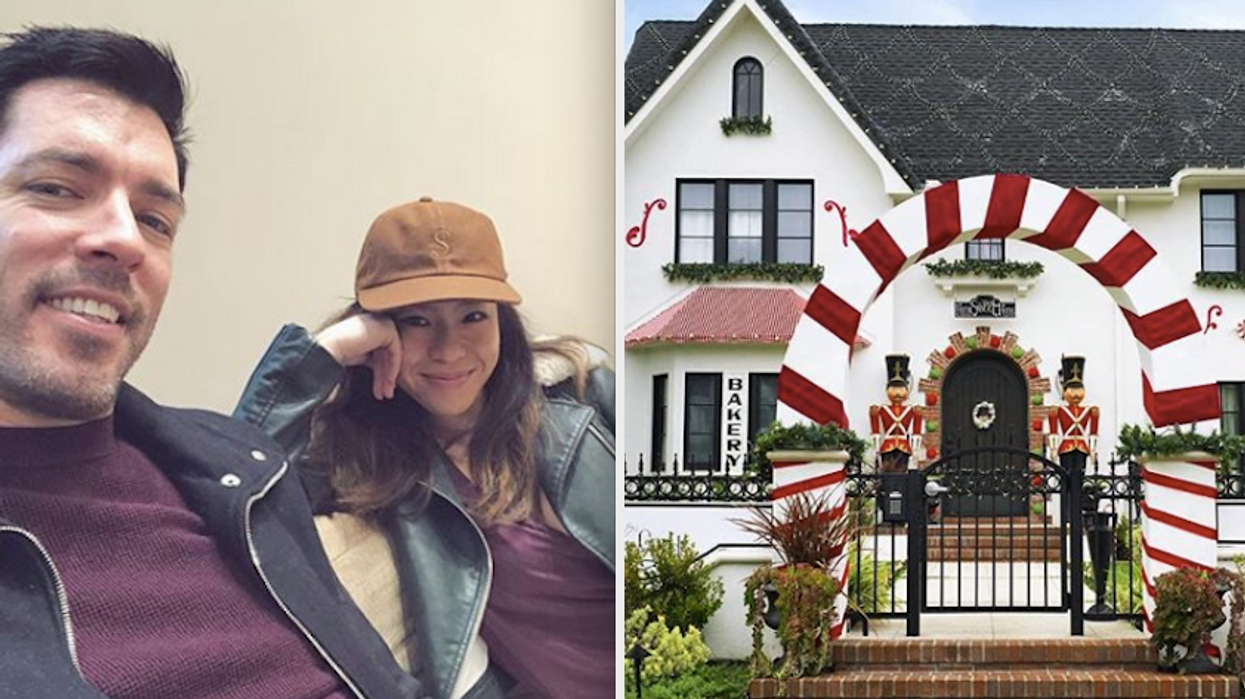 You might think that one house in your neighbourhood is totally over the top with Christmas decorations and holiday cheer but if Drew Scott moved in, it would have a new contender. He and his wife, Linda Phan, decked out their Los Angeles home with so many DIY items that it'll blow your mind. The Property Brothers Drew Scott and Linda Phan's home has a winter wonderland makeover and you'll wish you thought of it sooner.

The couple was featured on HGTV's Outrageous Holiday Houses, hosted by Lance Bass and executive produced by the Property Brothers.

Entertainment Tonight posted a video on YouTube discussing the couple's feature on the show.

Phan explained, "my obsession with the holidays starts around February...I mean we start thinking about Christmas even before Halloween."

They spent three weeks decorating their home for the holidays making it a "real-life gingerbread house complete with a holiday bakery and a Christmas conveyer belt."

Drew said, "We basically took the chain and pedal from a bike, we attached this to a conveyer belt, attached the gifts. We wanted this to be something cool that kids have never seen before."

He also showed an "old vintage chestnut roaster" that they turned into a train and painted tracks on the floor that eventually lead to a mural Phan painted showing the train "going off into the world."

They have Santa's list of names and sarcastically joked that it's the naughty list because it has Jonathan's name on it.

The video also features another home that's decorated with over 60,000 Christmas ornaments and is glistening with holiday cheer.

In the clip, Drew explains that it's their first Christmas in the home together. He and Phan got married in May 2018.

They met in 2010 at Toronto Fashion Week, and work together at Scott Brothers Entertainment. Phan is the Creative Director for the company created by her husband and her two brothers-in-law.

Phan also posted a photoset on her Instagram account showing a drawing that she called a "doodle of our vision", compared to the actual house after it was done.

Asides from a few small tweaks, the photos look basically identical and the newlyweds certainly have an impressive giant gingerbread home.