The perfect winter drink existed all along. 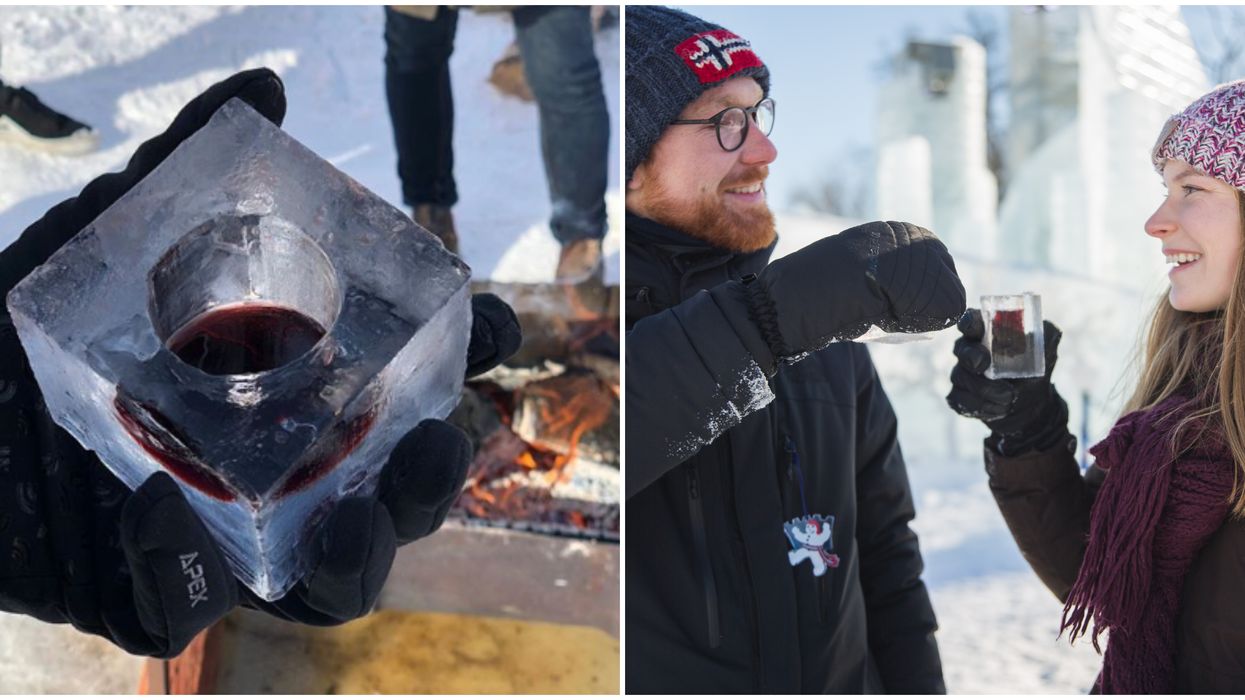 If you're Canadian you definitely know what a caribou is. But you probably don't know about Quebec's hidden gem of an alcoholic beverage with the same name. Quebec's Caribou drink is perfect for keeping warm both inside and out.

Caribou is a staple at the Quebec Winter Carnival. If you ask for the alcoholic beverage at the carnival you won't be met with weird looks or people wondering why you're ordering an animal like you would if you asked for it anywhere else. It's like a little Québécois secret.

The drink is quite simple and uniquely Canadian. It's made up of only three parts. The parts include red wine, hard liquor, and maple syrup or sugar.

"Whether you love it or hate it, it’s part of Canadian heritage," said Phillip Tieman of Quebec-based Mondia Alliance in an interview with WestJet Magazine.

The Mondia Alliance makes the only commercially available version of Caribou in the country.

The drink dates back to the late 1600s when French-Canadian traders travelled through what is now Canada and the U.S. to trade fur.

"Essentially, these guys were travelling across the land in fairly adverse conditions, and Caribou was intended as a food and vitamin supplement," Tieman continued.

The drink gets its redness from red wine but popular folklore is that the drink was originally a mix of alcohol and caribou blood. Naturally, that's where the drink got its name.

Even though that's a pretty cool story, there hasn't been any actual proof to back it up.

"It’s a brand that is fundamentally related to the fur trade," said Tieman. Beyond that, it's now an important part of the Winter Carnival in Quebec City.

Because of the simplicity of the ingredients, it's easy to make yourself and you can pick exactly what you want to use to make it. So if you have a favourite red wine, a favourite hard liquor, and even a favourite maple syrup, then you can use them all to make a custom mixture just for you.

This secret drink has made its way to another Canadian city and is a big part of the Festival du Voyageur in Winnipeg.

Hopefully, the rest of Canada adopts this cocktail soon because it's absolutely perfect for winter.