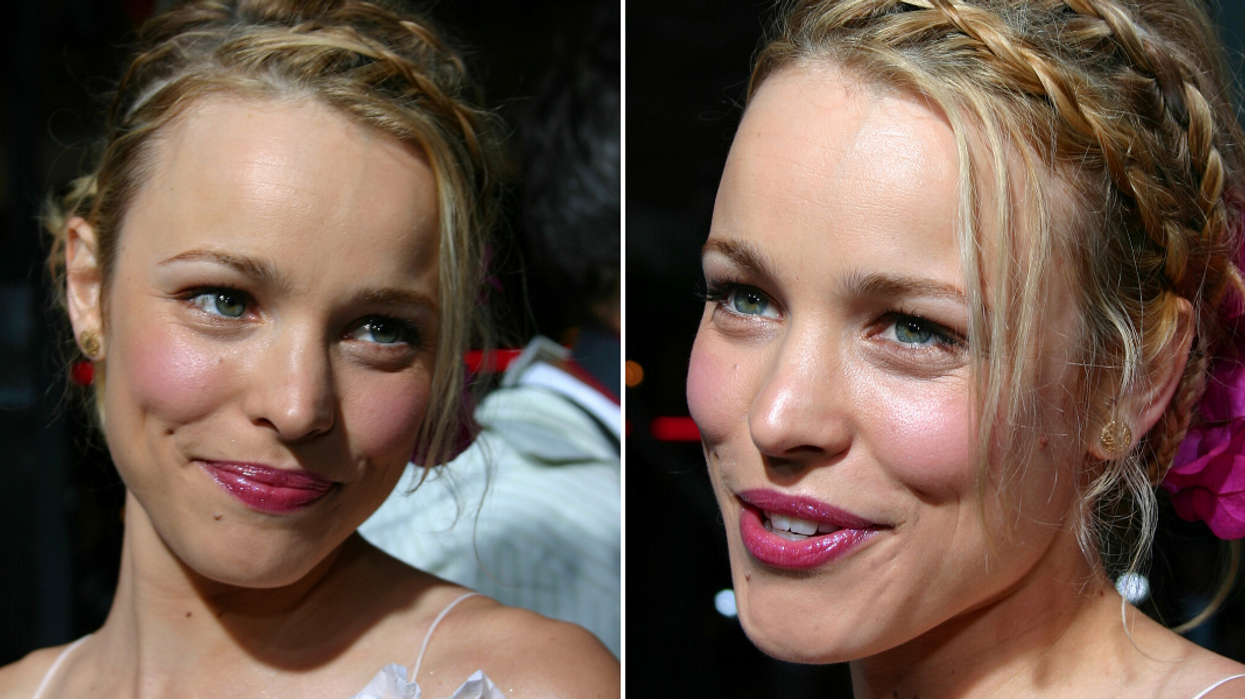 Rachel McAdams is back in the spotlight! Joined by fellow actresses Olivia Wilde, Chloë Grace Moretz, and Maya Rudolph, the Canadian celeb honoured the bond she’s formed with her makeup artist who also happens to be her sister. Armani Beauty’s 2020 Makeup Artistry Dinner unveiled a really unique story between the Ontario siblings.

McAdams and her sister, Kayleen, both sported form-fitting suits in the photos taken at the dinner, including one obtained by Variety showing the sisters sharing a tender moment during the actress’s speech.

According to Variety, the youngest of the pair dropped out of completing her Bachelor’s Degree in university to embark on a cosmetology journey. However, the 41-year-old actress relayed how their bonding with makeup started way before when they were both figure skaters.

She recalled applying “gobs” of makeup to her sister’s face and even burning off her sibling’s hair with a curling iron.

Despite all that, Kayleen was “gracious about it all” and repaid the favour later on when she became her own personal makeup artist.

Variety noted that Rachel finished off her speech by paying tribute to her sister as not just her makeup artist but as “one of the hardest working women” she has ever met, complimenting her on her kind heart and fierce loyalty.

This is the first time McAdams was spotted out and about since September when she was photographed by JustJared while grocery shopping in L.A.

Since then the actress has spent time in Edinburgh where, according to BBC, she was busy filming Will Ferrel’s Eurovision.

This most recent appearance was followed by the news from ScreenRant that McAdams will not be returning to her role as Night Nurse in the Doctor Strange franchise.

Eurovision has yet to reveal a premiere date and McAdams’ IMDb page showcases no other reported upcoming projects.