When the moon hits the sky like a rare pizza pie. 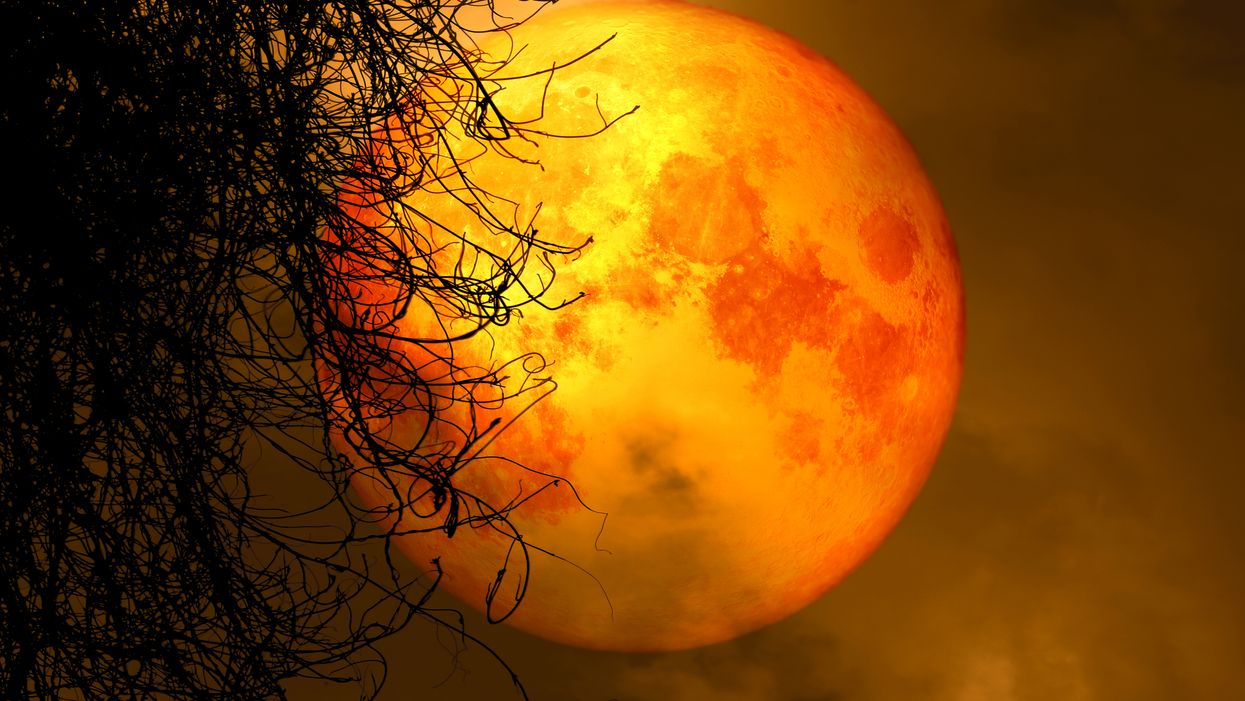 The spooky season is on the way, and with it comes all of those fall vibes we love so much. While we won't get the fall weather here, we have other ways to celebrate the season. Fall wouldn't be fall without the Harvest Moon, and a rare version of this autumnal wonder will light up Florida skies this weekend.

A full moon happens every 29 and a half days, and according to NASA, the next full moon is this Harvest Moon — the name given to the full moon that rises the closest to the beginning of the Autumnal Equinox.

The name Harvest Moon was earned from the bright light it brought to farmers during their harvest season, enabling them to work later into the evening to finish harvest before the cooler weather rolls in and ruins the crop.

The light from a Harvest Moon has it's brighter appearance due to the moon rise occurring shortly after sunset, casting a more dramatic lighting effect upon the side we see here on Earth — and boy, is it beautiful.

If you want a chance to see this rare moon, it will be full the night of Sept. 12 through Sept. 15; however, it will not be fully visible in Florida skies until its peak in the late hours of Friday the 13th into the early morning hours of the 14th.

Not only is this a Harvest Moon, but it's also a Micro Moon; the name given to a moon that is farthest away in its elliptical path as it orbits Earth. This causes the moon to appear up to 30% smaller due to its increased distance from the planet, which can also decrease the typical brightness we expect from a harvest moon. You can expect to see something still quite bright, but tiny!

The phenomena of a full moon landing on Friday the 13th is also rare in itself, the last one being on Oct. 13, 2000. If you miss out seeing this rare celestial event, you won't be able to see it again until August of 2049 according to Newsweek.

You may want to find a great secluded spot away from light pollution to camp out or go gazing to get the full effect, such as Babcock Webb Wildlife Management Area or Kissimmee Prairie Preserve State Park — where you can actually see the Milkyway Galaxy on a clear night.

We can't wait for this magical moon to bless our skies. The expected peak time for Florida sky gazers to see this rare event will be 12:32 a.m. on Saturday, Sept. 14th. Keep your eyes on those skies!